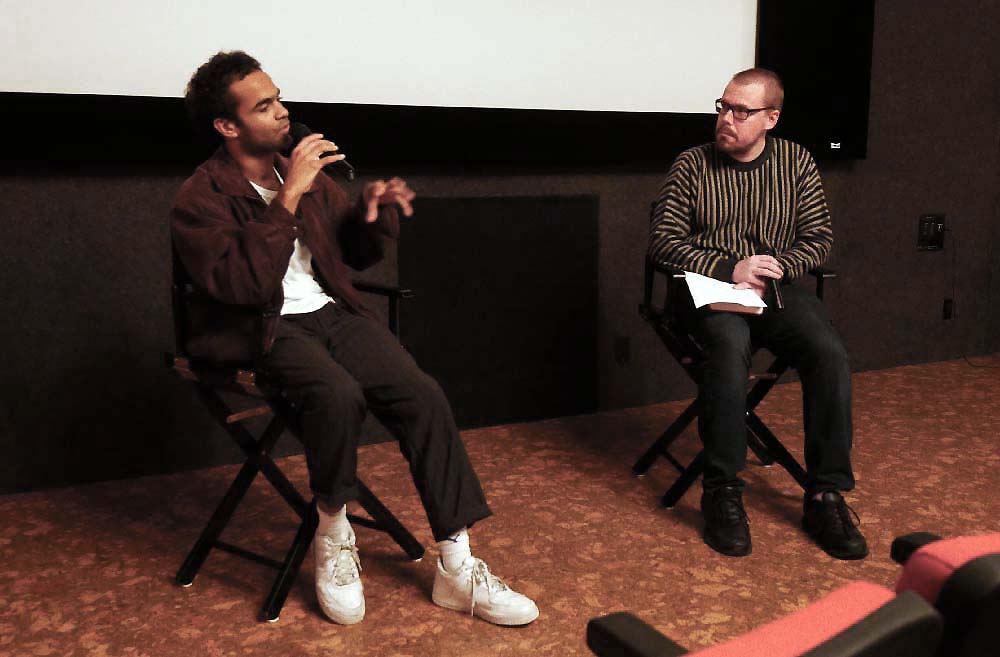 Youman: “It did disrupt everything at first because we had to move cameras really specifically, and I changed my plan because I wanted it to be more active moving around, but it forced me also to really sit back and try to take in a steady view of the entire landscape, considering what we had to do with the camera. I don’t know, it shifted it, but I think in a really dope way that I ended up really loving in that scene in its place and seeing it. And all of those sequences with the rain and how it sort of changed the color palette as well. I thought that was super interesting.”

Erik Luers: “And being your director of photography as well, did that kind of influence your directing or how does one role kind of work with the other, if you will? Do you give yourself a little bit more room to experiment or how do those two roles speak to each other and using so many different hats?”

Youman: “So I’d say that balance of working as director and DP was something that wasn’t planned, that it would be that way because I had planned to shoot with a DP out of Alabama named Jacob Johnson whom I had worked with before on a UCLA thesis film that I second AC’d early on in high school. We became friends and he was going to DP BURNING CANE. He had a family and a wife and they were expecting a child and it was clear that he needed to find paying work. So I took that on and I had a blast doing it. I think it was just really interesting to sort of gaze the mind slip that can kind of happen whenever you are directing and shooting something.”

Youman: “Considering that I think it was also cool and I was fortunate that my actors, there was so much ample conversation and preparation that it felt like by the time we did get on set that we could both sort of co-exist knowing that there was a mind split with me. And really sort of being aware consciously of the very technical side of cinematography as well. And also having those conversations as like mutualistic back and forth with the actors.” 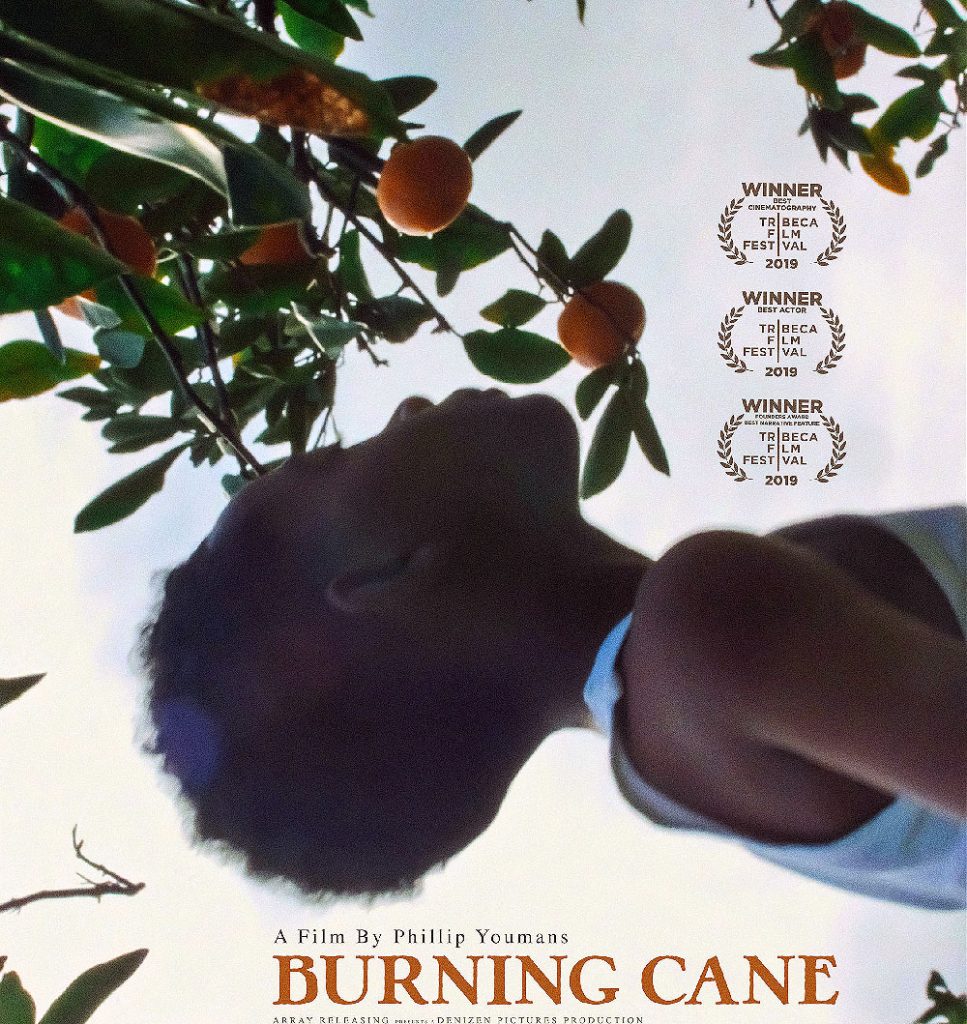 Youman: “They’re brilliant actors. They made a lot of great choices and I feel like, I don’t know, I think for us it was just important to have that preparation, conversation. Conversations that we were approaching the day from the same space, the same head space, and that we could both, like I said, move forward and coexist on that quick timeline.”

Phillip Youman: “Yeah, a lot of it. I love to shoot interiors handheld. Especially in Daniel’s house, I felt like it added a sort of like claustrophobic visceral-ness, everything that was going on. So yeah, I dig that.”

Erik Luers: “Yeah. And even if is mostly natural light?”

Luers: “I’m thinking of that when they’ll get reflection from the TV or go dark and we’re kind of playing with the light analogy in which we’re seeing. Was that kind of also in your mind when you were writing the screenplay or did that kind of come about when you were there?”

Youman: “Yeah, yeah. And I love natural lighting. I love single sole practical lighting sources as well. And there was definitely intention in moving forward with … to approach it from a sort of like documentarian kind of perspective. I think it also was two-fold because that was my approach with the film and I think it helps elevate my intention. But it was also an intention that was simultaneously aware of the fact that the natural practical lighting space also was prime and optimal for the sort of kinetic pace that we were shooting the film. We had to make the film in the time that we had. So it helped that it was just a perfect joining of circumstance in a way.”