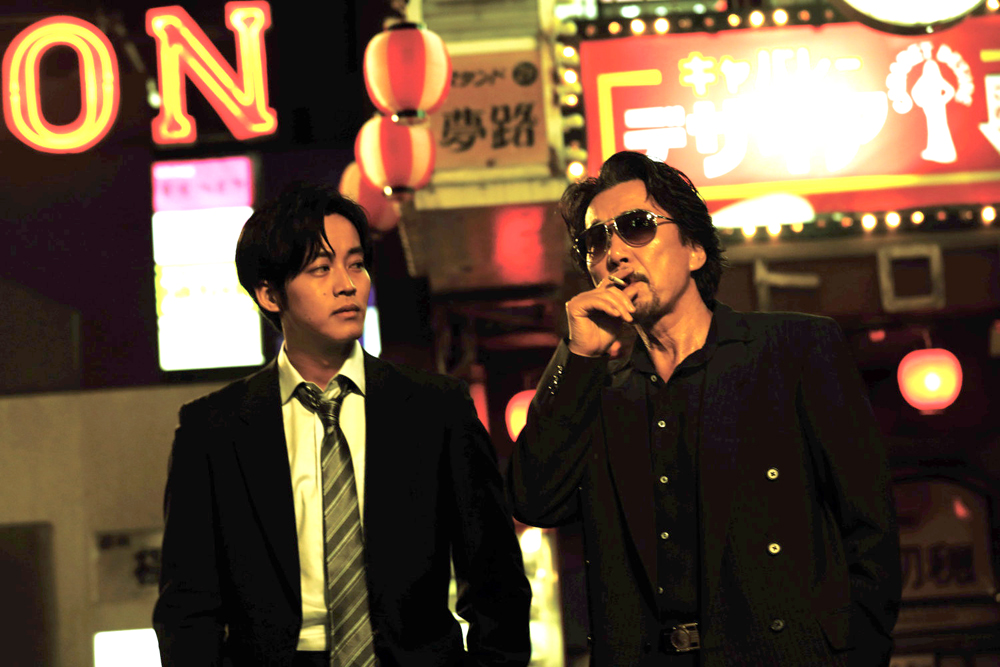 IMDb Storyline: Hiroshima Police detective Ogami Shogo (played by Kôji Yakusho) and his new partner, a rookie, Tori Matsuzaka as Shuichi Hioka, are investigating the disappearance of a financial records keeper during a yakuza face-off threatening to become a full-fledge war in 1988. [Things are more complex, of course.]

America’s true blue, action-crime movie aficionados, who are probably more knowledgeable about the Mafia, the Crips, the Bloods, Hells Angels, Aryan Nation and MS-13 than about Japan’s yakuza, can appreciate the cinematic panache of BLOOD OF WOLVES  …

Says Wikipedia about the Yakuza: (Japanese: ヤクザ, [jaꜜkɯza]),also known as gokudō (極道 “the extreme path”, [gokɯdoː]), are members of transnational organized crime syndicates originating in Japan. The Japanese police, and media by request of the police, call them bōryokudan (暴力団 “violent groups”, [boːɾʲokɯdaɴ]), while the yakuza call themselves “ninkyō dantai” (任侠団体 or 仁侠団体 “chivalrous organizations”, [ɲiŋkʲoː daɴtai]). The yakuza are notorious for their strict codes of conduct and their organized fiefdom-nature. They have a large presence in the Japanese media and operate internationally with an estimated 102,000 members. 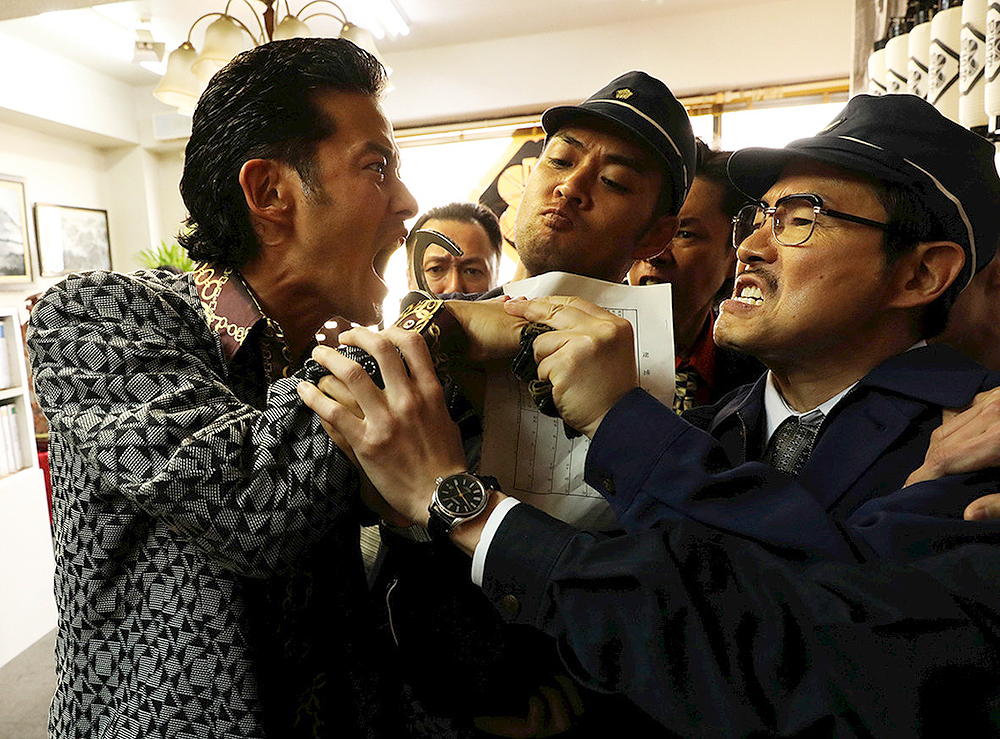 Lots of screaming, sneering, bellowing in this movie. Copyright © 2018 THE BLOOD OF WOLVES Production Committee

BLOOD OF WOLVES (KORO ORÔ NO CHI) is a kinetically charged yakuza movie with over the top, yet, stylishly done, frenetic scenes of sex (good, naughty), violence, depravity, debauchery and dehumanization, all inextricably connected to systemic police corruption. The result, nevertheless, is a topnotch cop-crime story – primarily because of the impressive auteurist creativity of a very respected director. Otherwise, in the hands of a less competent filmmaker, despite a really good cast, this film could have been relegated to a cinematic trash bin for movies that lack class.

Police-crime noire verisimilitude is imbued in the fictionalized realism of the best (American) movies about rogue cops going off the reservation vis-a-vis the systemic corruption of their departments. TO LIVE AND DIE IN L.A. (1985), L.A. CONFIDENTIAL (1997) and TRAINING DAY (2001) are good examples. For his film, Director Kazuya Shiraishi eschewed that kind of  police-crime fictionalized realism for an audacious creation of his own, so persuasive that it can overpower an audience’s sensibility so that moviegoers will accept what’s taking place on the screen despite the unrealistic or even unbelievable reality of cop culture or organized crime culture being portrayed before them.

The movie’s main protagonist, Kôji Yakusho as a veteran detective Shogo Ogami, sleazy, roguish, irascible, could make Clint Eastwood’s Dirty Harry cry for his momma. Nevertheless, Ogami becomes more endearing in the progress of the movie despite an acutely amoral personal code. Director Shiraish shows us some of his, ahem, redeemable values, such as he really wants to keep the yakuza in line and thwart a blood feud that could cascade into the streets of Hiroshima and harm innocent people. Nevertheless, there is one scene of him zipping up his fly after having sex in a police interrogation room with a potential female witness; other scenes show him unflinchingly accepting bribes; or Ogami outdoing Clint Eastwood’s Dirty Harry by pummeling suspects who piss him off; or Ogami as a paladin for women victimized in a sexist Hiroshima society.

It’s as if Director Shiraishi wants a complicated, conflicted, very morally ambiguous Detective Ogami who is beyond reproach and the norms of a Hiroshima society as the one who is thwarting serious crime, regardless.

America’s true blue, action-crime film aficionados, probably more knowledgeable about the Mafia, the Crips, the Bloods, Hells Angels, Aryan Nation and MS-13 than about the yakuza, can appreciate the visual and cinematic panache of BLOOD OF WOLVES. But they should be prepared to deal with an labyrinth of subplot twists and turns and over the top philosophical ruminations about loyalty and morality, occasional dashes of slapstick comedy and a smattering of ferociously realistic scenes depicting the humiliation and degradation of snitches, double-crossers, targets of revenge, innocent victims – though the gory, bloody carnage is definitely not as much as that seen in a Freddie or Jason sequel but unnerving to say the least.

Fingers are snipped off, the verisimilitude of the feces-throat-shoving scenes cannot by denied and there are beheadings – as if Director Kazuya Shiraishi has been inspired by the genre of modern, contemporary horror movies whose filmmakers use grisly gore to punch up their lame narratives. Kazuya Shiraishi’s narrative is absolutely not lame. The script is based on the novel 2015 bestseller, Lone Wolf’s Blood, Korou no Chi, by Yuko Yuzuki. 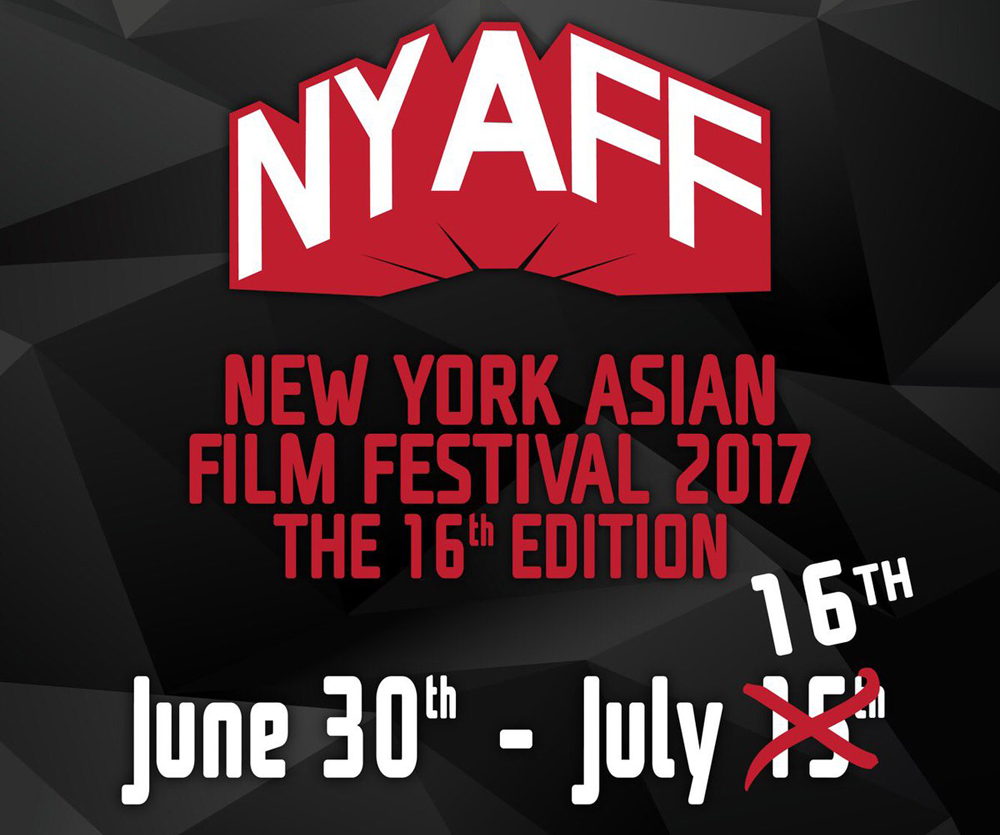