U.S. Representative Hakeem Jeffries, Democrat, New York 8th District, Chair of the House Democratic Caucus, served food and drinks to customers in support of One Fair Wage in New York as well as the Raise the Wage Act which was passed in the U.S. House of Representatives July 18, 2019, and is now waiting to bring the bill to a vote in the Senate. The rally took place at September 3, Locals Restaurant, owned by Mutale Kanyanta, an African-American leader in Restaurant Opportunities Centers United. 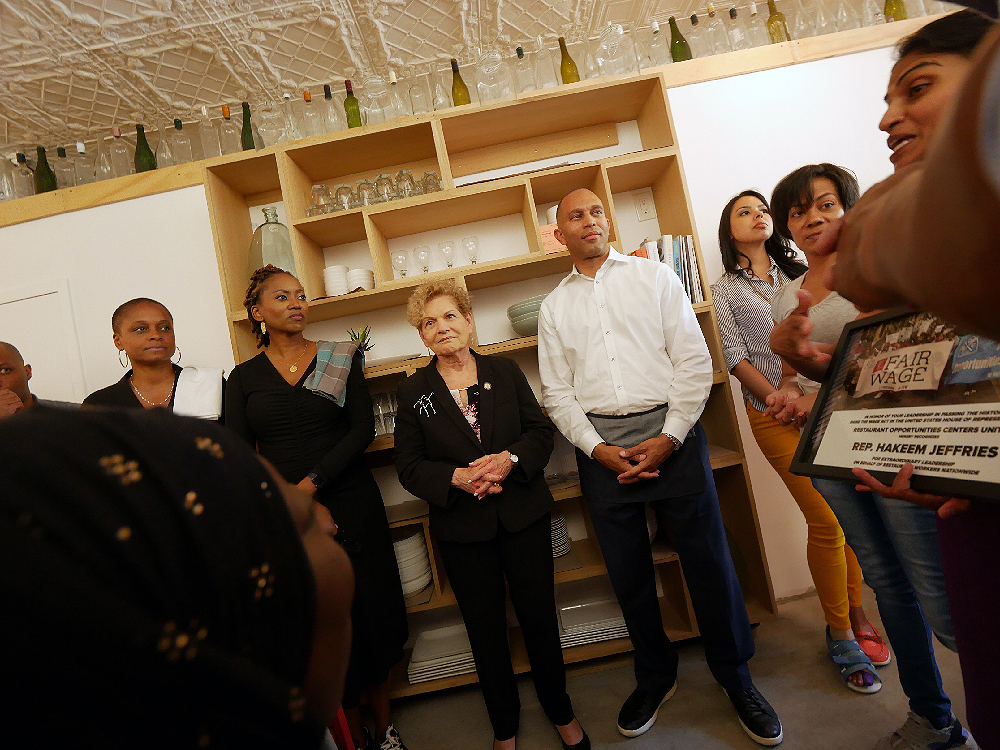 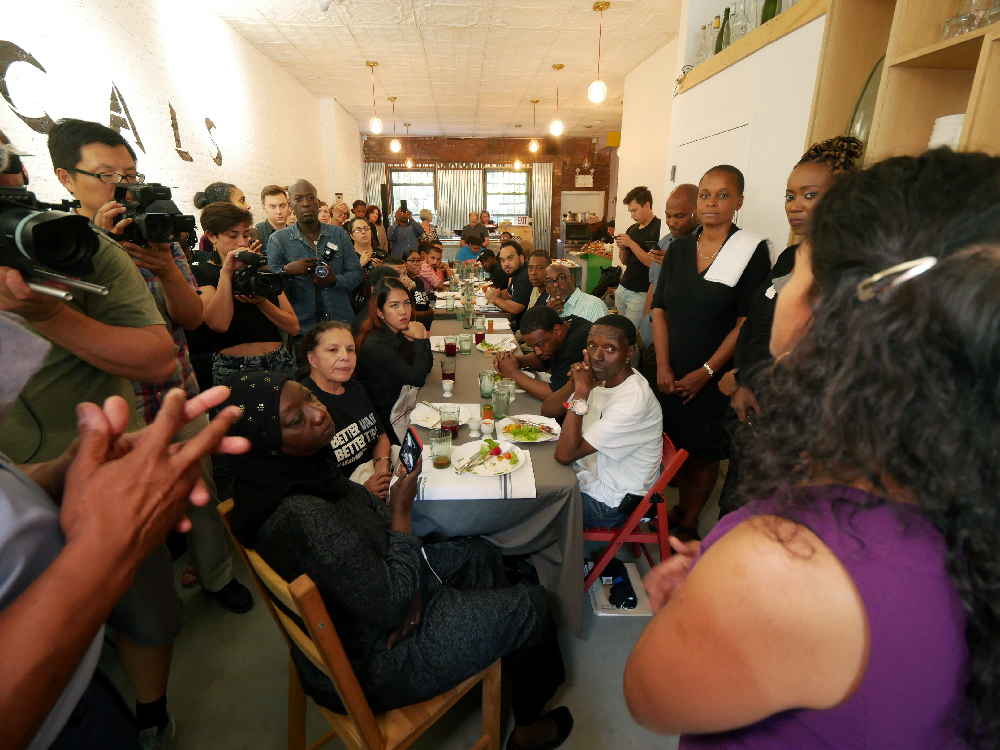 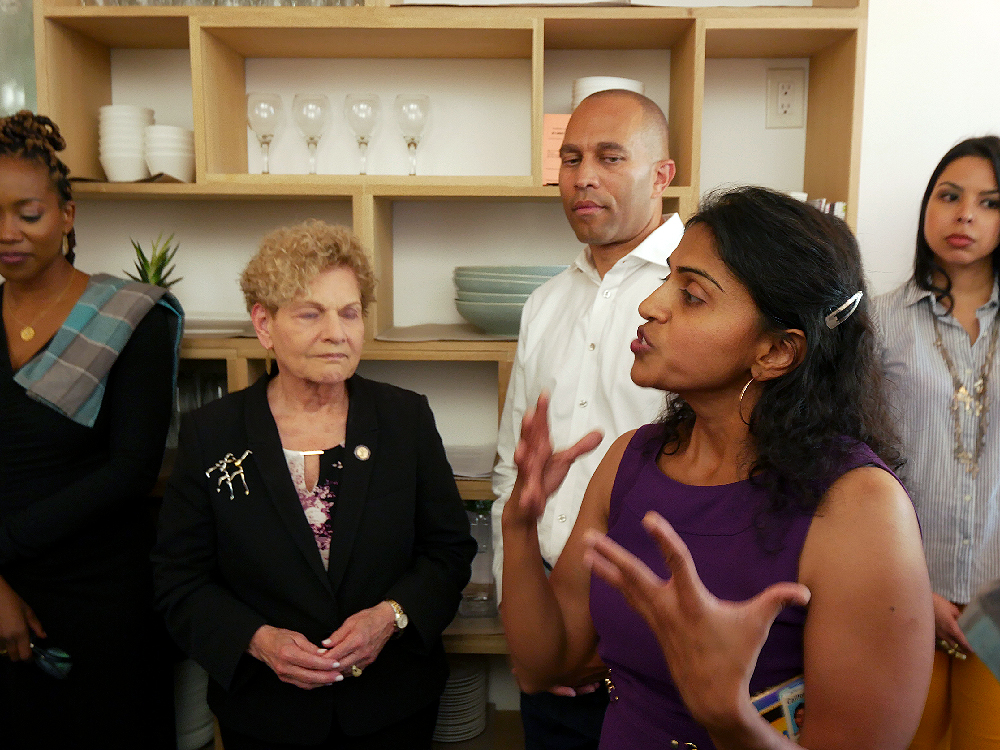