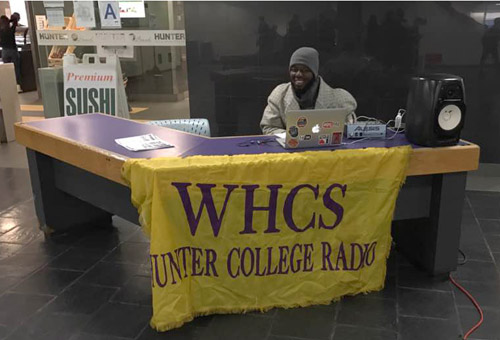 Andrew Henry also has a radio show at WHCS.

Our country is beset with many problems, so, whom should we blame? The President? Congress? How do we make that united in the United States of America really have significance during these polarizing times?

It is no secret that millions of Americans believe that the country has issues eroding the promise of the American way of life as we’ve been told it can and should be. Issues like affordable healthcare, balancing wages, and national security.

Many Americans Stressed about Future of Our Nation was the February headline of a story in the American Psychological Association. “More than half of Americans (57 percent) say the current political climate is a very or somewhat significant source of stress, and nearly half (49 percent) say the same about the outcome of the election, according to an APA poll conducted in January.”

How do we begin to fix these problems? Where do we go? Whom do we turn to? There are so many problems that people prioritize one over another. To try to showcase different views on this campus about the problems our country is facing, I interviewed five students.

Lee Chang, 20, a student majoring in biology who resides in Queens and has very strong feelings on this topic. 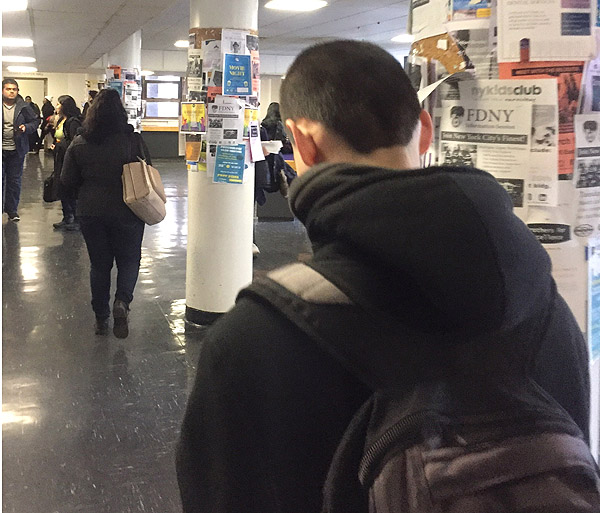 Lee Chang preferred that he not be clearly identified.

He was asked, “What do you think is the biggest problem we’re facing in this country?”

“Hands down, poverty and starvation! I honestly feel like there are so many people in this country starving! It’s crazy to me how many people I see on the street begging for food in New York City alone, so I can only imagine how bad it is on other states.”

“It’s not like we don’t have the money or means to end poverty. It’s just so sad walking down the street or riding the train and seeing someone who looks like they’re about to take their last breath beg for food in a city that spends money on lights in Time Square and other nonsense.”

Fatima Akintola, 21, majoring in nursing and who lives in Bushwick, Brooklyn, offered a different opinion. “Plain and simple it’s obviously health care! Yesterday, I was on the L train and a man came on the train at 34th street Herald Square with an infected and swollen leg begging for money for his surgery. Of course I was kind of grossed out at his leg but I was even more grossed out that just because he didn’t have health insurance he could not get proper help! I heard in Canada that health care is free why can’t we just be like Canada and help sick people who could probably die.” 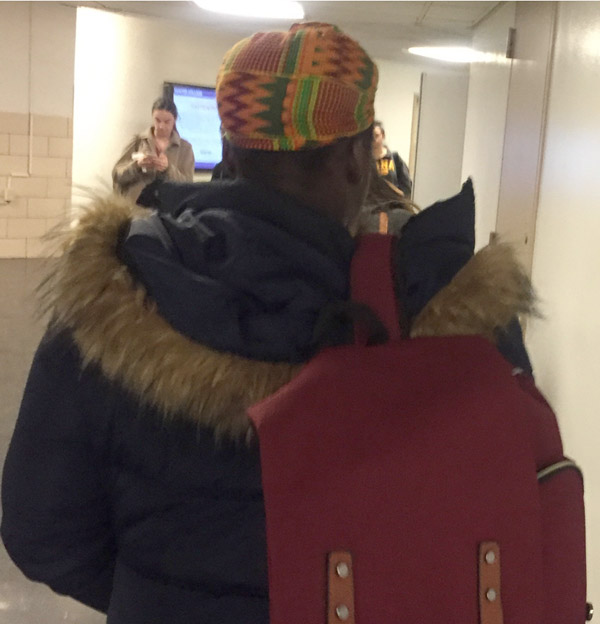 Fatima Akintola preferred being photographed with her back to the camera.

Daniel Alexander, 23, majoring in music had a more personal response. “It literally has to be wages. Everyone I know feels the same way too, especially in New York. I mean how am I supposed to get food, pay for school, pay for transportation, and pay for rent while working for minimum wage! It literally doesn’t make any sense. It’s unfair how expensive New York City is in general.” 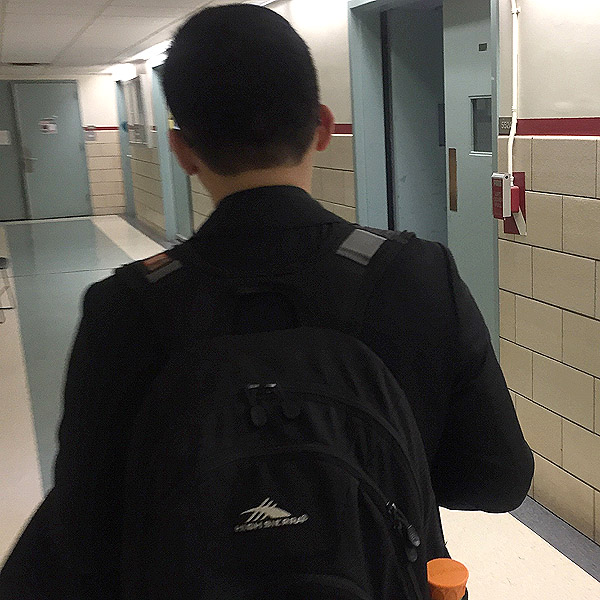 Daniel Alexander preferred that his picture was taken with his back to the camera.

“I’ve lived in North Carolina before for three years and it’s nowhere near as expensive as New York City. The cost of living is outrageous out here. It’s really unrealistic and if it wasn’t for my parents supporting me a bit then I wouldn’t stand a chance to live out here.”

After inquiring about the problems we face, I wanted to know how would these students go about fixing these problems and who do they depend on to fix them.

Emily Michaels, 20, who hasn’t declared a major yet and,who lives in Harlem, said we should help people who are homeless and hungry. “As citizens we could basically try our best to go out of our way to give homeless people plates of food and snacks. Instead of throwing out our McDonalds that we haven’t finished eating we could give it to the homeless person sitting outside of the 59th Street Lexington Avenue train station or anywhere you see a homeless person.”

“I rather give food to a homeless person myself than to give it to a shelter because I want to feel the instant satisfaction that I made an immediate change in someone’s day or life,” she also said.  I asked Michaels if she believed President Donald Trump could help. She whispered with her hands clasped, “I don’t think Donald Trump could even fix the thinning hair on his head! I wouldn’t expect a president who doesn’t even care about the way he looks to care about the well being of others.”

Adrienne Samuels, 22, majoring in media and who lives in Bronx, said, “Maybe we can start an online petition on the White House website or some kind of government owned website. We need to get a lot of buzz because I feel like we are stronger in numbers. If we all ban together we could probably get somewhere.”

Despite the different responses, one thing that remained the same was the passion they all exuded in their responses. Every single one was confident in his or her answers. We have a long way to go as a country but change starts with us if we really want that united in the Unites States of America to really have significance.