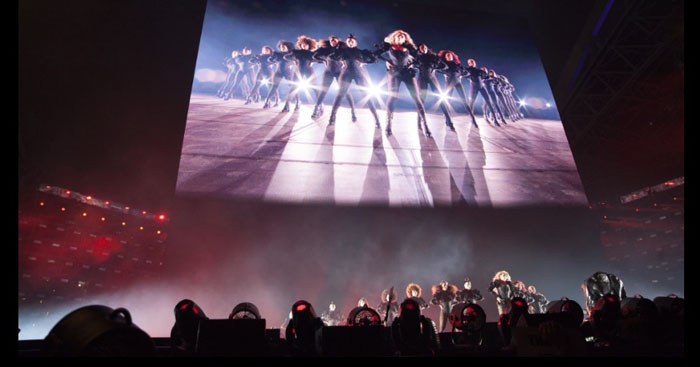 By Emily Chiriboga, May 20, 2016
Pictures from beyonce.com

If there’s one thing that Beyonce knows how to do, it’s getting people to talk. Her new music video for Formation started an uproar and was labeled by several critics as “anti-police.”

Since the song’s release and her Super Bowl performance, several police organizations have called for a boycott of her performances, according to a Washington Post article. While the opinions on social media on Beyonce’s performance seemed to be split 50/50, students interviewed for this article were on Team B.

The music video is set in New Orleans and starts with Beyonce on top of a sinking police car. Throughout the video she addresses other issues; spray painted on a wall in the video are the words “Don’t shoot us” and a little boy can be seen dressed in all black dancing in front of of a riot police team. It’s hard to ignore that Beyonce is conveying a message. Some believe it tells people that she doesn’t support police officers.

Others believe her message promotes #BlackLivesMatter. Christen Dekie, 19, a musical theatre major at NYU, said in a facebook interview that Beyonce is “stating that the misuse and abuse of power from the racist officers needs to end. If the police officers are to protect the community, the many incidences of these hate crimes are wrong. The drowning of the police car represents drowning of power given to the racist police men who have taken the lives of innocent black bodies.”

Madison Amoroso, 20, a liberal arts major at Suffolk County Community College, said in a facebook interview, “Beyonce is reminding her fans that she stands with them. She wants them to know that she knows where she came from and that these issues bother her too.”

While some people believe that she’s just showing her support for Black lives matter, others believe otherwise. Speaking about Beyonce’s Super Bowl performance, former Mayor of New York Rudy Giuliani said, “I thought it was really outrageous that she used it as a platform to attack police officers, who are the people who protect her. So if you’re going to have entertainment, let’s have decent, wholesome entertainment. And not use it as a platform to attack the people who put their lives at risk just to save us.”

According to an article by centrictv.com, each day millions of police officers go to work and put their lives on the lines. Police secure concerts so to former Mayor Giuliani it may seem a little ridiculous that she would be protesting against the ones who are protecting her practically everyday. The outrage expressed in numerous cities around the country about police shootings of unarmed black victims as well as the outrage about police practices, such as NYPD Stop and Frisk and or its Broken Windows, should be obvious to the former Mayor that there is a serious problem of police being fair to residents of black communities in the cities that they are suppose to serve.

In the video, Beyonce and her backup dancers are dressed and styled like Black Panther Party members, according to an article posted by The Guardian. Asked about the Super Bowl performance, Dekie said, “The Black Panthers are being depicted [in news media reporting] as a hate group towards whites, but their development was during a time where black people had been targeted decades prior. Yes, the Black Panthers had different ideals than say a Martin Luther King; however, their goals still seemed to unify while their actions were only retaliation based.” [Editors’s Note: Radical left and socialist groups supported the Black Panthers in their day.] 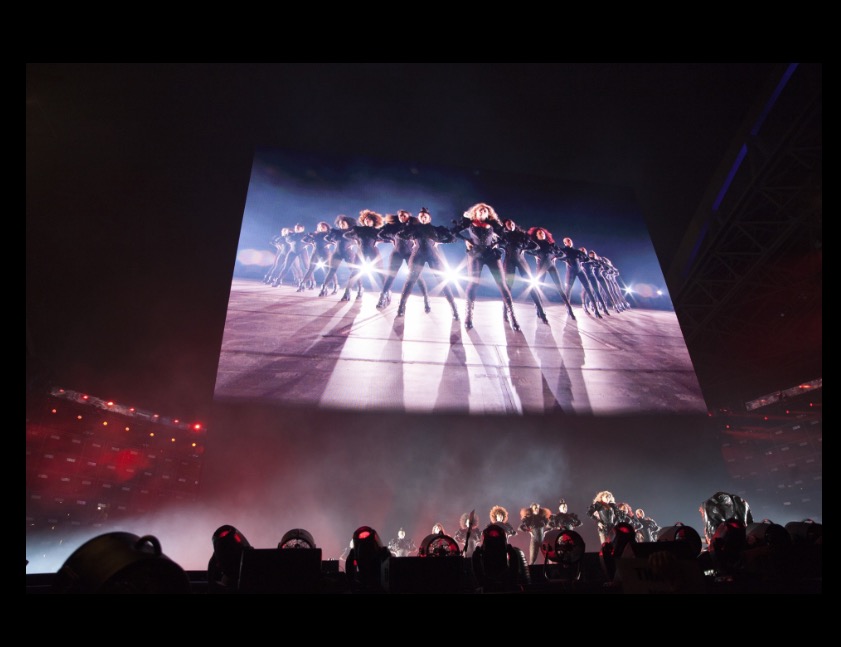 While there is talk about police refusing to provide protections at Beyonce concerts, Minister Louis Farrakhan, the head of the Nation of Islam, said, according to a CNN report, “we’ll back you up.”

Amoroso said, “The message is powerful. She clearly thinks there’s corruption in the police force and is using her celebrity status to bring awareness to it, which I think is great.” Dekie said, “The formation video is a promotion of black power which is a positive form of representation for the black community to have someone of her caliber expressing similar feelings towards the same issues. The video means a people coming together to end unjust crimes and treatment which has plagued the community itself since the boat ride over.”

This writer believes that we can all agree on one thing regarding Formation. Whatever message people take away from the music video can be strong and powerful.

Emily Chiriboga can be reached at Emily.Chiriboga38@myhunter.cuny.edu