NYLFF celebrated its 15th anniversary with star-studded events and films, celebrating the Latino film industry from August 22 to 26.

More than 5,000 moviegoers supported the film throughout the 5 days, with more than 17 countries represented. A variety of genres and formats were presented, including features, shorts, documentaries, web series and experimental films. Winners were announced at the conclusion of the Festival on Sunday, August 26, 2018 in the categories of International Feature, Documentary, U.S. Feature, Short Film, and Honorable Mention.

“I want to thank all of the filmmakers, moviegoers, talent and my incredible Festival team for making this significant milestone our best year yet” said Calixto Chinchilla, Founder of NYLFF. “We are honored to once again present this important platform for emerging and established filmmakers to share stories representative of the Latino and Latin American experience in this country.”

“This year has been truly special with two of our top prize winners being women. NYLFF is you,” said Calixto. “We would also like to thank our dedicated sponsors, HBO, American Airlines, Comcast NBCUniversal Telemundo, WarnerMedia, Hennessy VSOP, Google, presenter of the Futuro Digital Conference, AARP, USA Today, The Motion Picture Association of America, Sociedad, Third World Newsreel, AMC Independent and The Hispanic Federation, all of whom share our passion for storytelling and inclusion.”

Best International Feature
La Familia
Twelve-year-old Pedro roams the streets with his friends, raised by the violent urban atmosphere around him in a working-class district of Caracas. After Pedro seriously injures another boy in a rough game of play, single father Andrés decides they must flee to hide. Andrés will realize he is a father incapable of controlling his own teenage son, but their situation will bring them closer than they have ever been.
Directed by: Gustavo Rondón Córdova

Best Documentary
Voices of the Sea
Revealing the stark realities of the poorest of rural Cubans with unique access and empathy, this is the story of a 30-something mother of four who longs for a better life. The tension between wife and aging husband – one desperate to leave, the other content to stay – builds into a high stakes family drama after her brother and the couple’s neighbors escape.
Directed by: Kim Hopkins

Best U.S. Feature
Rich Kids
This vibrant portrait of six troubled teenagers showcases the talents of a young charismatic cast as it explores the ongoing challenges of economic disparities, gentrification, displacement, and evictions faced through the lens of Latino and Afro-Latino American youth in South Houston. Matías is a bright teenager whose family struggles with harsh financial troubles. When he discovers “Los Ricos”, a wealthy family, are out of town, Matías breaks into their mansion where he and his friends spend an afternoon basking in the good life. The party is soon disrupted when a trouble-making relative shows up uninvited. Loyalties are pushed to the breaking point as Matías’s desire for power in the house rises.
Directed by: Laura Somers

Honorable Mention
We Are Going To Paris (Vamos Pa’ Paris)
In the middle of Puerto Rico’s economic crisis, an 80-year-old woman pushes her shy husband to rob a bank.
Directed by: David Norris 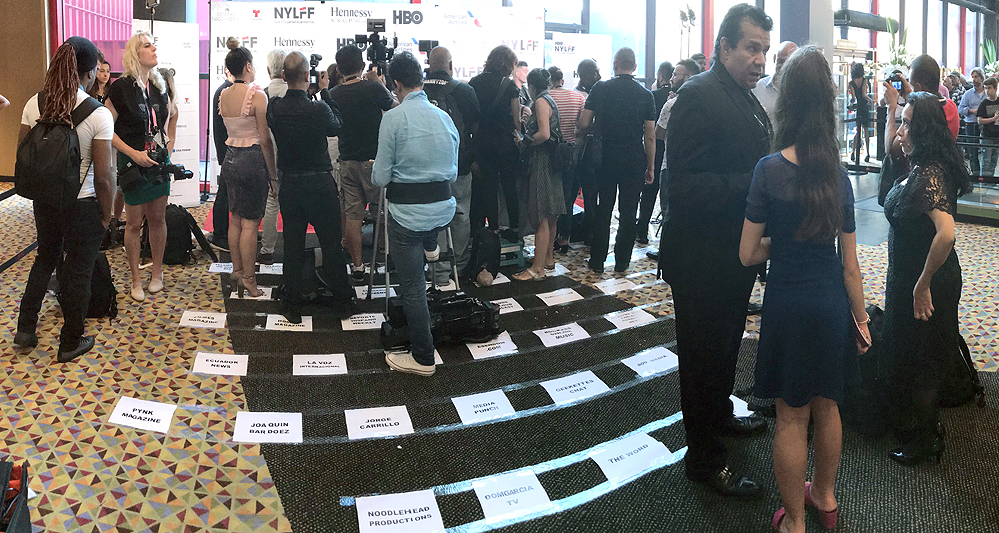 NYLFF is the nation’s premier Urban Latino film event founded by Calixto Chinchilla. Since its inception in 1999, each year, the festiva brings together more than 20,000 movie fans and industry executives for a celebration of culturally relevant and entertaining experiences that aims to build audiences for Latino cinema, support the film community with professional development and foster relationships for Latino talent. Programming includes the flagship film festival in New York City, the Futuro digital conference, competition programs, as well as community programs. For more information on NYLFF, please visit www.NYLatinoFilmFestival.com.

HBO NOW®, the network’s internet-only premium streaming service, provides audiences with instant access to HBO’s acclaimed programming in the U.S. Internationally, HBO branded television networks, along with the subscription video-on-demand products HBO On Demand and HBO GO, bring HBO services to over 60 countries. HBO and Cinemax programming is sold into over 150 countries worldwide.