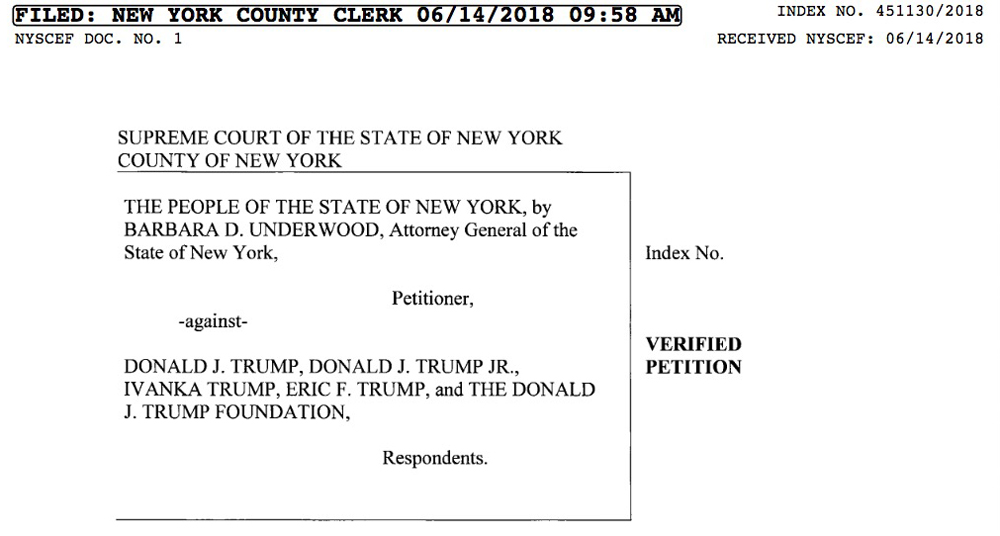 The suit alleges a pattern of persistent illegal conduct, occurring over more than a decade, that includes extensive unlawful political coordination with the Trump presidential campaign, repeated and willful self-dealing transactions to benefit Mr. Trump’s personal and business interests, and violations of basic legal obligations for non-profit foundations. The Attorney General initiated a special proceeding to dissolve the Trump Foundation under court supervision and obtain restitution of $2.8 million and additional penalties.

The AG’s lawsuit also seeks a ban from future service as a director of a New York not-for-profit of 10 years for Mr. Trump and one year for each of the Foundation’s other board members, Donald Trump Jr., Ivanka Trump, and Eric Trump.