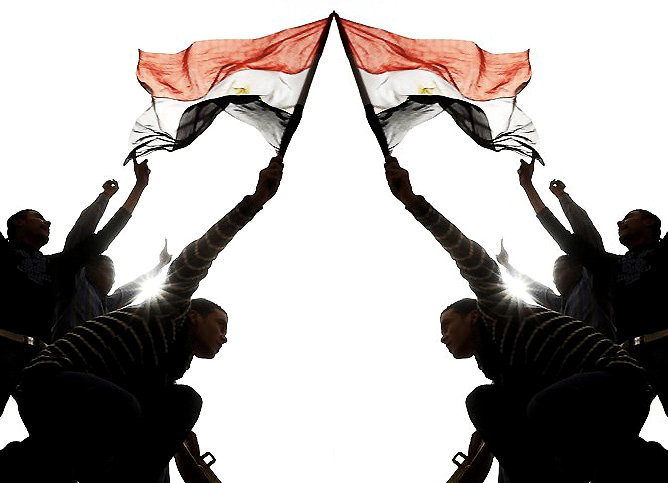 February 6, 2010. 7:36 p.m. I’m walking home in the Nasr City district on Abbas el Akkad Street, notorious for its rush hour, every hour. It is not often that I walk in Cairo, but between short distances in neighborhoods I feel safe, I try to stay out of taxis and use my feet.

Not far from home, headphones in my ears, multitasking music and blocking out unwanted verbal attention, I’m wearing a long black sweater, dark jeans, a scarf to protect my hair from the rain. From the corner of my eye, I notice what seems to be an inexpensive red car with four young men driving very slowly beside me. Cars behind them are honking for them to move with traffic, all to no avail.

I hear them blowing kisses and shouting catcalls, but I can’t make out what they are saying. I don’t want to. I keep moving, trying my best to ignore them; I even cross the street to walk on the other side, but sure enough, they follow. The volume of the music in my ears gets higher; I raise my eyebrows and walk with a stern face, but it seemed that the stiffer I get, the more amusing my discomfort for my unwanted audience. When they drive ahead of me and the car stops for one to get out and approach me, I lose it. Rage and disgust compel me. “Fuck off,” I scream in English.

The expression on his face went from lustful to a shocked smile, unexpecting my reaction. He stood by the car as I quicken my pace, calling my younger brother, hearing his comforting voice in my ear. As if talking to him on the phone protects me, even if only mentally. Egyptian men are protective by nature, regardless of age. This only adds to the irony behind the prevalence of sexual harassment on the streets.

I walk around the corner, one more side street, just one more minute to home. Seconds later, I pass by a car whose driver whispers a flirt. Then, just a few steps later, a car stops in front of me, the driver, a man old enough to be my father, leans over the passenger seat and rolls down his window. He looks me straight in the eye after checking me out, and asks in Arabic, “Bi kam?” [“How much.”]

I lived in the old Egypt; the pre-revolution, Mubarak Egypt, and I experienced sexual harassment on a daily basis, at all hours. Walking to my bus stop at 8 in the morning, I would get harassed, as well as at 1 or 2 a.m. during the few steps I’d take from my friends’ cars to my building after a night out. Each time brought on the dreadfully familiar mix of feelings, disgust to rage to feeling a loss of dignity. A completely degrading feeling that needs a collective public effort to diminish.

Old men as well as prepubescent boys harass females, making Cairean streets safe and comfortable only for males. Thus, many women avoid walking completely. This limited mobility widens the gender gap and hinders women’s opportunities to get an education, work, socialize, move around their country freely. This is especially applicable to the lower and middle classes that compose Egypt’s majority and cannot afford private cars or cab rides every day, their status as citizens automatically undermined 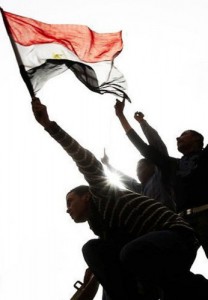 Sexual harassment in Cairo, with its numerous causes and effects, is just one example of Egypt’s many deep rooted societal ailments, and it spirals back to the Mubarak regime and its oppressive chokehold over the people. This complex issue is defined by such a large problematic cycle under which the oppressed live and no one can be immune or exempt from unless the problem is uprooted from its very core.

I believe that the dangerous, sensitive web of factors that were (before the revolution, must stay optimistic) a part of everyday life are all correlated. The greed of Mubarak’s corrupt government kept the majority of Egypt impoverished for too long. Sixty-one percent of the country’s population was under 30 years old in 2010, 37 percent of the population between ages 15-29 not working and not going to school. Devastating statistics for one of the world’s oldest civilizations. This high rate of unemployment has sparked an intense economic frustration among youth, one of the driving forces of the revolution. Add to the equation that a significant amount of Egypt’s employment results from nepotism, wasta in Arabic [واسْطة], which poses problems for those who have no connections. Thus, the tiny though powerful elite prevail, the rest under the enormous umbrella are invisible.

Because this was how Egypt functioned for so long, the youth’s frustration over the socioeconomic stratification is understandable. But it becomes much more complex when it throws society into a downward spiral. No education, no job, no money means no motivation. In a predominantly Muslim country (≈90%, with a Coptic Christian population of about 10%, total population is around 80 million Egyptians), where Islam forbids premarital sex, pre-requisites for marriage are hard to attain in such an upside-down economy. 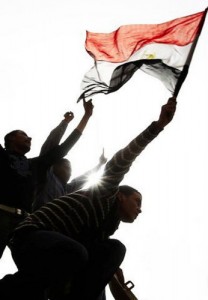 In addition, there is severe sexual censorship in Egyptian film and media, further depriving men and women learning and exploration of the human nature of sexuality, thus, adding to sexual tensions. The lack of sexual display in the mainstream media, in attempt to keep society conservative, has the inverse effect and leads men to seek these images in private. However, rather than their sexual tension being relieved in private, it is done in public, in all the wrong ways.

Editor’s Note: The writer provides a bibliography which can be found at the end of Part III
Hadear Kandil can be contacted at hadear.kandil@gmail.com

← Sexual Assault: The Mean Streets of Cairo – Part III, End of Series
Can Bliss Be Found in Properly Contorted Bodies? →