Open Letter to President Trump About His Shutdown

Three students were interviewed for their opinions about your 35-day shutdown of the federal government. The whole shutdown affair made it appear that you engaged in a brutal presidential temper tantrum, unlike any in recent history, to force the Democratically controlled Congress to budget $5 billion for your border wall.

But instead of you being showered in glory, all eyes became focused on news reports of the lives of millions of people across the country who suffered because of your decision. 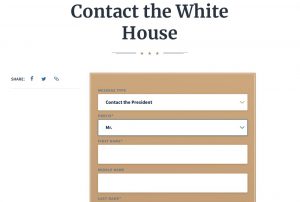 Krista Jackson, 21, a business major who lives in the Bronx, was unable to enroll this spring semester and she blames you. “You see, due to him shutting the government down like a light switch, I wasn’t able to give in my mom’s IRS transcript (to the Hunter Financial Aid Office) to get the Pell grant I won because the IRS wasn’t in service, so I couldn’t register for classes this year, and it sucks because I was gonna graduate this year.” What is a Pell Grant? That’s $$$ the government provides to students for college. The $$$ doesn’t have to be repaid. Eligible students receive a specified amount each year.

Ryan Porter, 20, who has yet to declare a major but is passionately interested in video games – his favorites are Halo and Kingdom Hearts – said the shutdown didn’t “really affect me but I do believe it is a dumb move on 45’s part” – referring, of course, to the forty-fifth President of the United States, Donald Trump. “I know if I worked for the government and I was getting paid, I definitely wasn’t going to work” – as some were forced to show up. Porter was interviewed on the third floor of Thomas Hunter Hall.

Said Andrea Gibson, 24, a psychology major who lives in Far Rockaway, Queens: “A friend of mine’s sister works for the government, and she didn’t get paid for a month, and I’m not sure if she getting paid now since the shutdown is over – or getting back pay. I think the shutdown is pathetic and childish all because he wants is $6 billion to build a damn wall between us and a country we have free trade with.”

Gibson, who works as a health aid to pay her way through college, and loves the movies DESPICABLE ME and MINIONS, also said, “Trump just did a negotiation or an adjustment for that trade agreement between us, Canada, and Mexico but wants to build a fucking wall. He is really dumb. This is what happens when you have inexperienced people in the White House.”

She was interviewed in the Nelly Coffee Shop on west 70th street.

Malik Young can be reached at mpy3030@gmail.com