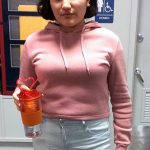 Jackelyn Tello, a 19-year-old sophomore majoring in history and minoring in Spanish, interviewed near the third-floor student cafeteria for her opinion about your government shutdown, said, “The government shutdown is bullshit! It has no benefit for the country.”

Tello, wearing a pink hoodie and bright blue ripped jeans and pink sneakers, said, “if the wall is eventually built, we will end up paying more taxes to maintain the wall.” This resident of Soundview, Queens, was one of three students interviewed for this article about student opinions of the shutdown.

Because it’s unlikely that you are unaware of the WORD, this reporter will be publishing a similar version of this article on your White House website as part of the WORD’S CONTACT THE WHITE HOUSE PROJECT. This article is one in a series. You should know that WORD journalists participated in several online White Conferences with President Obama. Please consider picking up where President Obama left off, that is, allowing student journalists to participate in White House news conferences. 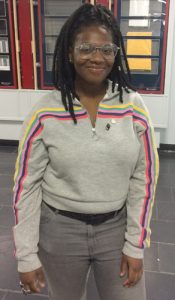 Opeyemi Ojo, 19, a sophomore majoring in psychology and creative writing and who lives in Far Rockaway, Queens, told this reporter that you did your 35-day shutdown – December 22, 2018, EST and ending January 25, 2019 – for selfish reasons and that you should have considered the harm you would be causing to legions of federal government workers and their families.

Ojo, wearing a grey sweater, dark grey jeans and white sneakers at the time of her interview in the third-floor student cafeteria, said that you were trying to force Congress to pay for your wall, which, according to a Wikipedia description of the Trump wall, “is a colloquial name[1] for a proposed expansion of the fence that makes up the Mexico–United States barrier during the presidency of Donald Trump.” More information about the wall can be found here.

In-depth Wikipedia Report About the Shutdown 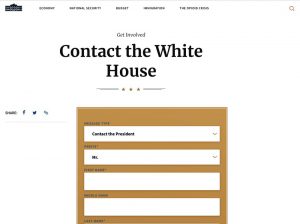 Ojo also said that you tried to take Congress “hostage,” and if that worked you would consider doing something about the DREAM Act after the wall was built. She was not clear about what she meant about doing something about the DREAM Act. But the Guardian newspaper published an interesting story, Failed Deal Over Dreamers at the Heart of U.S. Government Shutdown that provides insight.

Rohan Hutchinson, a 21-year-old junior majoring in political science and theater and minoring in sociology, said he wasn’t affected by the shutdown but he saw posters and flyers around Jamaica, Queens, “about helping those who weren’t getting paid by the government.” Hutchinson, wearing a jacket, a T-shirt and black khaki pants, said that custodians in and near the buildings where he lives in were trying “to help residents get by.” 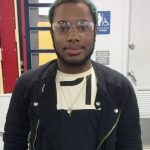 A member of the Student Board Directors for the New York Public Interest Research Group Fund, known as NYPIRG, Hutchinson said “the buildings run by the supers in the neighborhood wanted to help.” NYPIRG is a nonpartisan nonprofit, research and public education organization with chapters on a number of college campuses.

The increasing internal conflicts being created within the government and the many negatives of building a wall near the border of Mexico, as well as investing in border security alone, has lead to divisive relations between the people and elected politicians. President Trump, the best course of action would be to resolve the conflicting issues by ceasing talks about building a wall and mend the relationships between Republicans and the Democrats, as well as easing the minds of the American people.

Readers who want to express their opinions to President Trump about his shutdown or any other topic should click here.