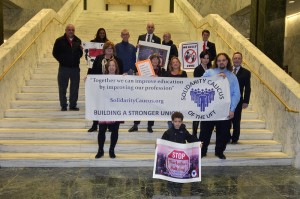 July 5 — The Virtual Student Foreign Service is part of a growing effort by the State Department to harness technology and a commitment to global service among young people to facilitate new forms of diplomatic engagement. It was announced by Secretary Clinton at her 2009 New York University commencement speech.

VSFS offers U.S. Department of State diplomatic posts and domestic offices the opportunity to build their capacity for outreach to the public and to key diplomatic partners, while expanding the use of social media and encouraging American students to understand and support U.S. foreign policy and the Department of State. These students become virtual E-Interns, and their work is done remotely, via computer. E-Interns do not report to a physical work location at the State Department or U.S. diplomatic posts overseas, but rather work remotely from the students’ academic institutions, dorm rooms, and homes.

U.S. college students interested in applying for a VSFS E-Internship position for the fall 2011 through spring 2012 academic year may apply on http://www.usajobs.gov and visit http://www.state.gov/vsfs for more information and to see a list of available positions.

During winter 2010 through spring 2011, the U.S. Department of State partnered 91 university students with 51 U.S. diplomatic posts overseas as well as three domestic offices, to work on a variety of discrete projects. VSFS projects for 2010-2011 came from U.S. diplomatic posts in countries such as Kuwait, which had a U.S. college student blog about attending college in the United States and engage with Kuwaiti youth through social media, and the Dominican Republic, which asked students to create a series of professional instructional video clips for the U.S. Embassy in Santo Domingo.

Projects also came from State Department offices in Washington, D.C. For example, the State Department’s Bureau of International Information Programs had several students working on an “Application Development Project” to enable U.S. embassies and consulates to generate their own on-line applications for use on mobile phones, on Facebook, and in SMS messages.

Students who are interested in following or contributing to these and other projects can view the projects and learn more at: http://www.state.gov/vsfs and http://www.facebook.com/usdos.vsfs. VSFS E-Internship applications for the 2011-2012 program are available on www.usajobs.gov from July 2-20, 2011. Here is the direct link to the on-line application: VSFS e-Intern Application.