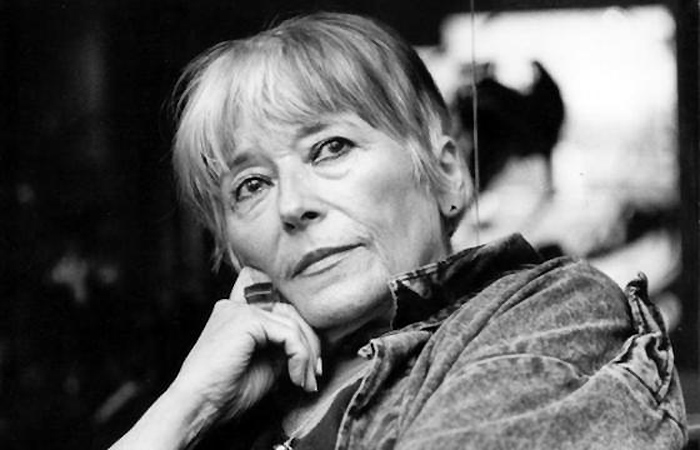 Presented in collaboration with the Czech Center New York. A 10-film series tribute, May 24 to May 29, to the multitalented, artist and her cinematic impact. She was virtually ignored throughout her career.

“Daisies would not be what it is without Ester Krumbachová.”
– The New York Times

Though Ester Krumbachová was considered by director Věra Chytilová to be the boldest personality of the Czechoslovak New Wave, her contributions to the movement have been outrageously ignored.

The costume and set designer, scriptwriter, and director, the multi-hyphenate artist shared her puckishly surreal and trenchant radical vision with such trailblazing New Wave directors as Chytilová, Karel Kachyňa, Jaromil Jireš, and Jan Němec, who married Krumbachová and considered her a muse.

But shortly after making her directorial debut with the hilarious yet criminally under-seen fantasy, The Murder of Mr. Devil, she was blacklisted by the Czechoslovak Communist government. This series looks back on Krumbachová’s singular imprint on the Czechoslovak New Wave, recognizing her essential contributions and reexamining some of the movement’s most beloved, important works in a new light.

The retrospective will recognize Krumbachová’s work with New Wave icon Chytilová, whose landmark feminist films, Daisies and Fruit of Paradise, were co-written and featured costumes designed by Krumbachová. 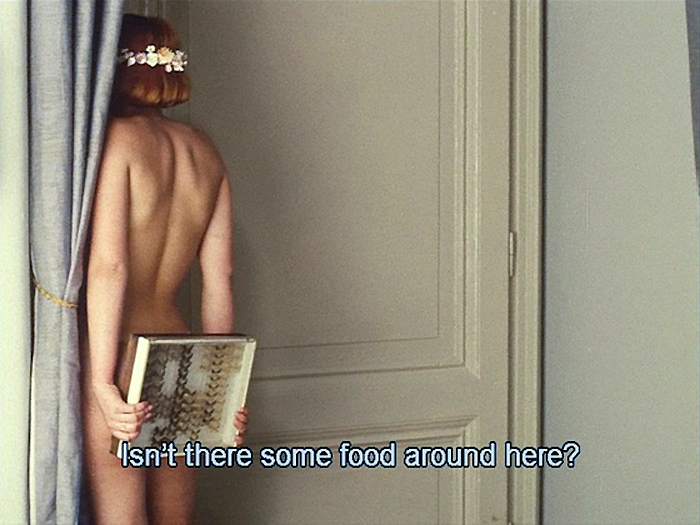 Other highlights of the series include:

– Němec’s feature debut Diamonds of the Night, for which Krumbachová received her first screen credit as costume designer;

–the dark, lushly stylized Valerie and Her Week of Wonders, with Krumbachová serving as production designer and co-writing the screenplay with director Jireš;

– Vojtěch Jasný’s All My Compatriots, featuring costume design from Krumbachová;

– a 35mm archival print of Zbyněk Brynych’s gripping … and the Fifth Horseman Is Fear, which credits Krumbachová for costume design yet overlooks her script contributions;

– and her single directorial effort, the rarely screened surrealist anti-rom-com The Murder of Mr. Devil.

The series also showcases three of her collaborations with Karel Kachyna, including the atmospheric thriller Coach to Vienna and the psychological epic Long Live the Republic, both featuring costume design by Krumbachová, as well as the paranoia soused The Ear, Krumbachová’s first foray into set design.

Tickets on sale May 3, and are $15; $12 for students, seniors (62+), and persons with disabilities; and $10 for Film Society members. See more and save with the 3+ film discount package. Learn more at filmlinc.org.

Costume Design
All My Compatriots / Vsichni dobří rodáci
Vojtěch Jasný, Czechoslovakia, 1969, 120m
Czech with English subtitles
Communism brings change—and disillusionment—to a small Czech village in this subversive micro-epic. Set between 1945 and 1958, All My Compatriots follows varied residents of a Moravian farming community as they are coerced into collectivization, a process that pits neighbor against neighbor, those who join the party against those who resist. Krumbachová’s attractive costume design offers an ironic visual counterpoint to the narrative.

Between the sun-dappled imagery and a feeling for small-town social rituals—from church services to boozy bacchanals—Vojtěch Jasný (who won Best Director at Cannes for this film) casts a jaundiced eye on the corrupt, anti-democratic soul of the Communist takeover.
Saturday, May 25, 2:30pm
Wednesday, May 29, 8:45pm

Screenplay, Costume Design
…and the Fifth Horseman Is Fear / …a pátý jezdec je Strach
Zbyněk Brynych, Czechoslovakia, 1965, 35mm, 100m
Czech with English subtitles
Though credited only as costume designer, Krumbachová also contributed to the script of this gripping parable of persecution and paranoia in Nazi-occupied Czechoslovakia. Cannily setting its tale of authoritarian repression in World War II–era Prague in order to draw parallels to life under Soviet rule, …and the Fifth Horseman Is Fear follows the Jewish Dr. Braun (Miroslav Macháček), who, forbidden from practicing medicine, risks his life to treat a wounded resistance fighter.

So begins a harrowing, hallucinatory descent into the city’s underground as the doctor desperately attempts to procure morphine, a journey rendered by director Zbyněk Brynych as an expressionist nightmare that telegraphs the day-to-day dread of life in an occupied state.
Sunday, May 26, 6:30pm
Wednesday, May 29, 6:30pm

Costume Design
Coach to Vienna / Kočár do Vídně
Karel Kachyna, Czechoslovakia, 1966, 78m
Czech with English subtitles
Near the end of World War II, a pair of Austrian soldiers fleeing the Russian front force a steely Czech woman (Iva Janzurová) to accompany them through a mist-shrouded forest back to Vienna. Little do they know that the woman they are holding at gunpoint is the grieving widow of a husband killed by Nazis just that week and is hell-bent on vengeance, packing an ax hidden beneath her horse cart.

Such is the setup for this atmospheric thriller—featuring costumes by Krumbachová—which begins as a tense revenge tale and gradually morphs into a harrowing human drama about the extremes to which war drives ordinary people.
Sunday, May 26, 2:00pm
Wednesday, May 29, 4:30pm

Screenplay, Costume Design
Daisies / Sedmikrásky
Věra Chytilová, Czechoslovakia, 1966, 35mm, 74m
Czech with English subtitles
“When everything is being spoiled … we’ll be spoiled too!” So proclaim two pixieish hell-raisers named Marie I and Marie II, whose radical nihilism leads them on a giddy, giggly, anything-goes pursuit of hedonistic pleasure, gustatory excess, and patriarchy-smashing destruction. 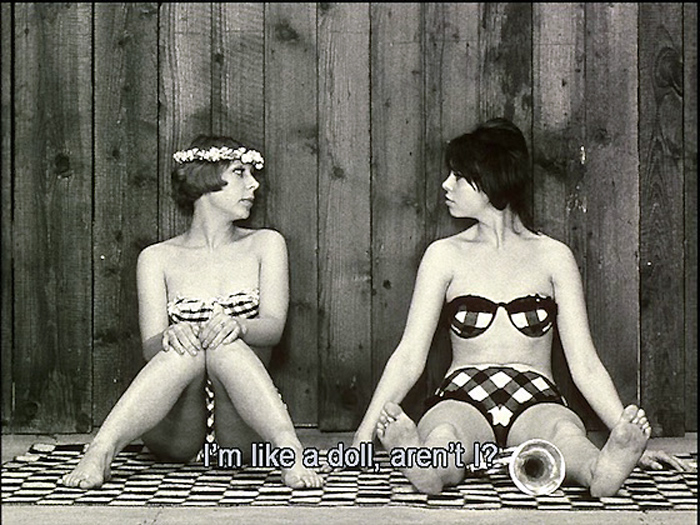 Writ in a Dadaist flurry of psychedelic colors, mismatched film stocks, cutout collages, and cartoon sound effects, this experimental call to rebellion unfolds like a Laurel and Hardy romp filtered through co-writers Krumbachová (who also designed the costumes) and Věra Chytilová’s feminist and formalist sensibility of the ’60s avant-garde. Dedicated to “those who get upset only over a stomped-upon bed of lettuce,” the film was banned by authorities for, among other offenses, its unconscionable depiction of food wastage.
Friday, May 24, 9:00pm
Monday, May 27, 6:30pm (Introduction by Irena Kovarova)

Costume Design
Diamonds of the Night / Démanty noci
Jan Němec, Czechoslovakia, 1964, 66m
Czech with English subtitles
Krumbachová received her first screen credit for her work as costume designer on the senses-shattering feature debut of fellow Czechoslovak New Wave iconoclast Jan Němec. Told in a visceral rush of handheld tracking shots and hallucinations, Diamonds of the Night harrowingly portrays two teenage boys’ desperate fight for survival as they flee Nazi forces after escaping a train delivering them to a concentration camp.

A miniature tour de force of overwhelming expressionistic power, this foundational work of the Czechoslovak New Wave evokes with terrifying vividness what it feels like to be powerless in the face of inhuman cruelty.
Saturday, May 25, 5:00pm
Tuesday, May 28, 6:30pm

Set Design
The Ear / Ucho
Karel Kachyňa, Czechoslovakia, 1970, 94m
Czech with English subtitles
Already on edge in the wake of an ongoing communist purge, a government official, Ludvik (Radoslav Brzobohatý), and his soused wife, Anna (Jiřina Bohdalová), return home from a political soiree to discover that their keys are missing, their electricity has been cut, and The Ear—the state surveillance system—may be listening in on their every word.

So begins a long night’s journey into dread as the two of them bicker, booze, and crawl the walls with fear: could Ludvik be the next party member to disappear? Something like Cassavetes’ Faces meets The Conversation, The Ear viscerally evokes the tension and all-pervasive paranoia of life under a totalitarian regime, and features Krumbachová’s foray into set design.
Friday, May 24, 5:00pm
Sunday, May 26, 8:45pm

Screenplay, Costume Design
Fruit of Paradise / Ovoce stromu rajských jíme
Věra Chytilová, Czechoslovakia, 1970, 99m
Czech with English subtitles
Věra Chytilová’s follow-up to her avant-garde landmark Daisies is less heralded but may be even more audaciously abstract. Chytilová and Krumbachová’s script resets the story of Adam and Eve in a crumbling health spa where a married woman is menaced and fascinated by a mysterious stranger: a devilish charmer in a red velvet suit who may be a serial killer.

Unfolding in a kaleidoscopic swirl of hallucinatory, highly processed imagery—including a stunning, primordial opening sequence of luscious, floral double exposures—and set to a thunderous, wall-to-wall symphonic score by Zdeněk Liška, Fruit of Paradise is a senses-scrambling odyssey rich in feminist and political symbolism.
Saturday, May 25, 8:30pm
Monday, May 27, 2:30pm

Costume Design
Long Live the Republic / At’ zije Republika
Karel Kachyna, Czechoslovakia, 1965, 134m
Czech with English subtitles
The injustices of war and the moral failings of humanity are seen through the eyes of a child in this visually splendorous CinemaScope rhapsody. A whirl of memories, fantasies, and impressions, Long Live the Republic takes place in the active imagination of 12-year-old Oldrich (Zdenek Lstiburek)—the smallest boy in his Moravian village who must rely on wits to outsmart the bullies who relentlessly tease him—as he witnesses the end of the German occupation and the beginning of the Soviet liberation.

Featuring costumes by Krumbachová, this breathless psychological epic is a by turns lyrical, caustic, and anti-heroic vision of life during wartime.
Sunday, May 26, 3:45pm
Tuesday, May 28, 8:00pm

Direction, Screenplay, Costume Design
The Murder of Mr. Devil / Vrazda ing. Certa
Ester Krumbachová, Czechoslovakia, 1970, 87m
Czech with English subtitles
Krumbachová’s sole directorial effort puts a surrealist, satanic spin on the battle-of-the-sexes farce as a hot-to-trot Miss Lonelyhearts (Jirina Bohdalová) looking for a man gets more than she bargained for when she begins wooing the boorish Mr. Devil (Vladimír Mensík), an insatiable glutton who turns out to be (literally) the boyfriend from hell.

A groovy mélange of ’60s lounge muzak, eye-popping art direction, and sumptuous Czech cuisine, The Murder of Mr. Devil is a subversive anti-rom-com that coolly cuts male chauvinism down to size and luxuriates in female pleasure, desire, and liberation.
Friday, May 24, 7:00pm
Monday, May 27, 4:30pm (Introduction by Irena Kovarova)

A dark fairy-tale evocation of adolescent anxiety, Valerie and Her Week of Wonders takes its place alongside the Krumbachová-scripted Daisies as one of the major works of the Czechoslovak New Wave to center female subjectivity.
Saturday, May 25, 6:30pm
Monday, May 27, 8:30pm (Introduction by Irena Kovarova)

Film Society of Lincoln Center
The Film Society of Lincoln Center is devoted to supporting the art and elevating the craft of cinema and enriching film culture. The only branch of the world-renowned arts complex Lincoln Center to shine a light on the everlasting yet evolving importance of the moving image, this nonprofit organization was founded in 1969 to celebrate American and international film. Via year-round programming and discussions; its annual New York Film Festival; and its publications, including Film Comment, the U.S.’s premier magazine about films and film culture, the Film Society endeavors to make the discussion and appreciation of cinema accessible to a broader audience, as well as to ensure that it will remain an essential art form for years to come.

The Film Society receives generous, year-round support from Shutterstock, the National Endowment for the Arts, and the New York State Council on the Arts with the support of Governor Andrew M. Cuomo and the New York State Legislature. American Airlines is the Official Airline of the Film Society of Lincoln Center. For more information, visit www.filmlinc.org and follow @filmlinc on Twitter.

← Mueller Probe Was a Waste of Time and Money – No Collusion, No Obstruction, Says the President
The 18th Annual Tribeca Film Festival Jury Is Comprised of … →