Sponsored by the Film Society of Lincoln Center and Subway Cinema 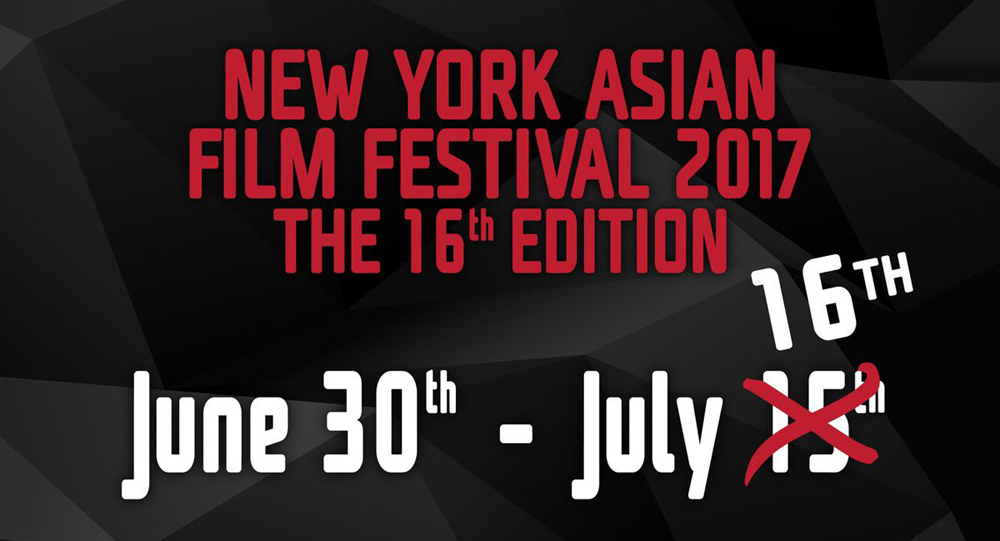 The festival has a rich history of presenting films that deal with the social issue of teenage bullying. Many have proven to be launching pads for some of Asia’s biggest stars, and the subject is at the root of such modern classics as All About Lily Chou-Chou, Whispering Corridors and Confessions.

In a year when youths in the U.S. are standing their ground and demanding political change, NYAFF presents the North American premieres of three films about teenagers who just won’t take it anymore:

Kim Ui-seok’s After My Death, Ogata Takaomi’s The Hungry Lion, and Naito Eisuke’s competition title Liverleaf. More than ever, the festival aims to show that Asia is a beacon of cinematic excitement, its films as rich in provocative artistry and as emotionally compelling as those of its Western counterpart. In the age of algorithm-dictated curation and Eurocentrism, NYAFF holds two convictions: that taste in films cannot be deduced or reduced to one’s browser history and that the best in new cinema is rising from the East.

The world premiere of Erik Matti’s Buy Bust from the Philippines. On the surface, it is structured like an action film in the vein of The Raid, with superstar Anne Curtis and MMA world champion Brandon Vera as narcs taking down a drug kingpin against insurmountable odds over one unrelenting rainy night. The film employed 309 stuntmen and features a wildly ambitious three-minute, one-cut action scene. As a Matti film, it also offers a searing perspective on the ongoing drug war and broader issues of political corruption. The director and stars will attend the screening.

The Centerpiece
The world premiere of Sunny Chan’s Men on the Dragon,starring Francis Ng and Jennifer Yu. Always central to the festival’s DNA, Hong Kong cinema demonstrates the resiliency of an industry whose identity is easily blurred with Mainland China, but on which it also exerts a considerable influence and provides storytelling expertise and craftsmanship. The film is a quintessential underdog story about a group of blue-collar workers who reluctantly join their company’s dragon boat team. A directorial debut of a veteran Hong Kong screenwriter, Chan’s film is being presented one year after NYAFF had a special focus on first-time directors from the territory. Chan and actress Jennifer Yu will be among the attending guests.

The festival honors its tradition of presenting awards to recognize outstanding talent and filmmakers from Asia that are still under the radar in the West.

Hong Kong’s Dante Lam has been at the creative forefront of the action genre for 10 years, when his psycho-thriller Beast Stalker became an instant modern classic. The festival celebrates his career by awarding him the Daniel A. Craft Award for Excellence in Action Cinema and a special 10th anniversary screening of Beast Stalker on 35mm, together with his MMA drama Unbeatable and his latest film, Operation Red Sea.

The latter made over half a billion dollars in China to become the second highest-grossing Chinese-language film of all time, and Asia’s biggest hit of 2018. Lam attends our opening weekend to discuss his films with long-term producer Candy Leung. 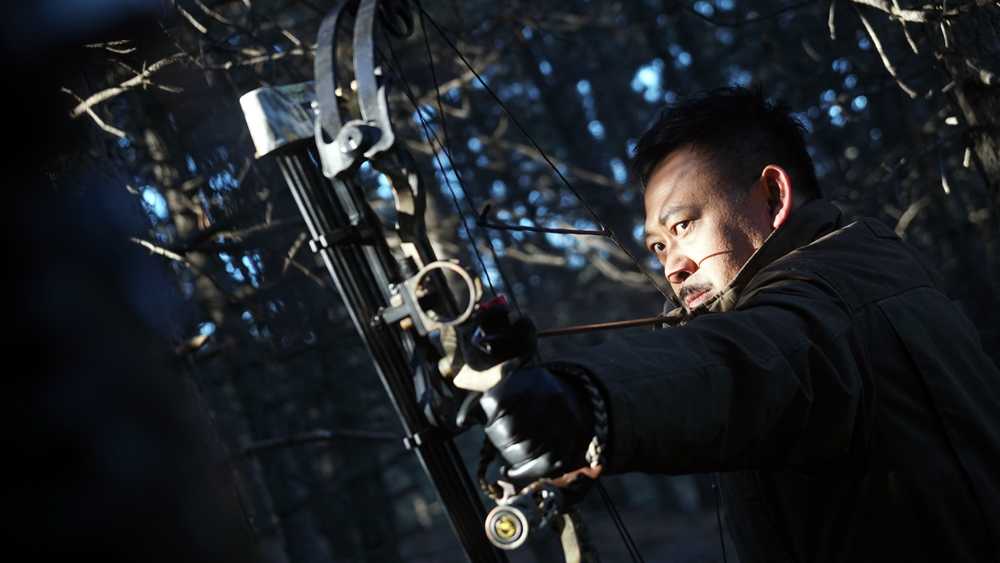 South Korea’s Kim Yun-seok is best known to North American audiences for his role as the grizzled ex-cop in 2008 serial killer thriller, The Chaser.

A decade on, he stands firmly in the top tier of his country’s leading men. Like his contemporaries Song Kang-ho and Choi Min-shik, he came late to movies after a background in theater. Jang Joon-hwan’s powerful drama 1987: When the Day Comes screens, in which Kim plays the frightening head of South Korea’s anti-communist bureau, hellbent on holding back the country’s democracy movement.

Chinese filmmaker Jiang Wu’s career has bridged independent cinema and mainstream success for 25 years. Two decades ago, he was at the forefront of a new populist independent cinema about big city life that transformed modern Chinese cinema with Zhang Yang’s Shower. He has worked with Zhang Yimou  (To Live), Jiang Wen (Let the Bullets Fly), Jia Zhangke (A Touch of Sin), and Herman Yau (Shock Wave).

Xin Yukun’s part noir, part western Wrath of Silence will screen in tribute, in which his terrifying nouveau riche mining magnate falls into a trap of his own design.

The Star Asia Lifetime Achievement Award goes to Japan’s Harada Masato, a former United States-based film critic. He is most recognizable to Western viewers for his role as the villain Mr. Omura opposite Tom Cruise in The Last Samurai. Since his debut in 1979, he has positioned himself as one of Japan’s most unique and important directors.

While he has worked in nearly every genre, he is best known for tackling societal issues such as teenage prostitution, illegal immigrants, and the role of the media. Screening in the festival are his dark classic gem Kamikaze Taxi on 35mm, the recent Kakekomi (2016), a period piece about female empowerment, and his most recent historical epic Sekigahara, about the one-day battle in 1600 that defined modern Japan.

The Screen International Rising Star Asia Award recipient will be announced at a later date.

The Hong Kong Panorama, backbone of the festival’s programming, returns with nine features, including two world premieres: Sunny Chan’s debut Men of the Dragon and Antony Chan’s comeback House of the Rising Sons. Antony Chan is an original member of The Wynners, the popular teen-idol band of the 1970s that launched the careers of mega-stars Alan Tam and Kenny Bee. Chan, the band’s drummer, returns to the director’s chair after 26 years to present a vibrant biopic that avoids hagiography.

Highlighting the miracles of motion and irresistible kinetic force that are the signature of Hong Kong cinema, is a three-film Dante Lam tribute, and an action-packed thriller run on July 4: Jonathan Li’s debut The Brink, Oxide Pang’s The Big Call, and Wilson Yip’s Paradox.

The China section continues to take a more central role. One year ago, NYAFF committed to supporting the new generation of first-time directors emerging in Asia with the Young Blood series, focusing on Hong Kong; this year the festival shifts to Mainland China. Once again, the films are heady and diverse in subject matter, including Hunan-set, rain-drenched serial-killer thriller The Looming Storm, Inner Mongolia-set sexagenarian drama Old Beast (produced by Chinese auteur Wang Xiaoshuai), and the razor-sharp Northeastern comedyLooking for Lucky, which revolves around a man, his father, and a missing dog.

The Chinese film industry is changing fast, and trends are best reflected where new directors are taking it. We also present films about the shifting rules of romance: Dude’s Manual and The Ex-Files 3: The Return of the Exes.

The New Cinema from Japan lineup is represented by one of the festival’s largest contingents of directors yet. In addition to NYAFF’s tribute to veteran director Harada Masato, the festival is bringing a group that could be described as defining a “new wave” of Japanese cinema: Naito Eisuke with his circle-of-revenge drama Liverleaf, Ogata Takaomi with experimental youth drama The Hungry Lion, Takeshita Masao with slow-burn drama The Midnight Bus,and Kanata Wolf with his slacker debut Smokin’ on the Moon.

There are 10 films in the South Korean Cinema section. This year, female-directed titles represent almost half of the NYAFF selection. They include Jeon Go-woon’s competition title Microhabitat, Yim Soon-rye’s Little Forest, and Jeong Ga-young’s Hit the Night.Actress and director Jeong’s positioning of herself as a  female Hong Sang-soo –she recently starred in and directed Bitch on the Beach – is itself a critique of the macho posturing of much of South Korean cinema.

The festival selected five films showcasing the uniqueness of Taiwan cinema and the strength of both its art house productions and its genre output. Of note is the North American premiere of gangster film Gatao 2: Rise of the King, poised comfortably between classic yakuza and triad movies from Japan and Hong Kong. In complete contrast is The Last Verse, which charts a romantic relationship through the turbulence of three presidential eras; it was directed by Tseng Ying-ting, one of Taiwan cinema’s freshest voices since Edward Yang.

This year’s program features the largest Southeast Asian Vanguard selection yet, representing a fifth of the festival lineup. This region is one of the most creative corners of Asia, which NYAAFF continues to champion in the film selection and guest lineup. Outside of Asia, arguably no other film event has so fully committed to exploring Southeast Asian cinema, which is at the heart of the festival’s future. Six films from the Philippines, three films from Thailand, two films from Malaysia, and one film from Indonesia will screen.

The festival goes all-in on the Philippines with the largest lineup in NYAAFF since 2013. Three strong films examine the nation’s ongoing drug war: Mikhail Red’s Neomanila, about a “mother-and-son” death squad; Treb Monteras’ Respeto, set in the milieu of rap battles; and Erik Matti’s Buy Bust. There will also be a special screening of Matti’s thriller On the Job.

Scene from We Will Not Die Tonight. Courtesy of NYAAFF

There has been a recent Malaysian New Wave reflecting the country’s societal and political changes, and it is only now reaching our cinema screens. NYAFF presents two films that would never have seen the light before 2018: police corruption thriller Crossroads: One Two Jaga and black magic thriller Dukun. The latter is the long-buried debut of top Malaysian director Dain Said, screening twelve years after its shoot was completed. Together with Brutal/Jagat (NYAFF 2016), these films hint at why Malaysian cinema is a territory to watch.

Southeast Asian Westerns:
The links between the western genre and Japanese cinema are well documented, from remakes of Akira Kurosawa’s classics to Lee Sung-il’s own remake of Clint Eastwood’s Unforgiven. But the western was also a genre embraced in Southeast Asia for decades, most recently with two Indonesian films: Mouly Surya’s Marlina the Murderer in Four Acts (which opens in New York on June 22) and Mike Wiluan’s Buffalo Boys, which screens on the final day of the festival. Like their Northeast Asian counterparts (the Manchurian western), the genre offers tales of freedom and emancipation with Eastern heroes rising against their colonial oppressors. This year, Wisit Sasanatieng’s madcap Tears of the Black Tiger returns in a special 35mm screening.

← NYAFF Opening Night Party – the WORD Was There
Movies Galore →