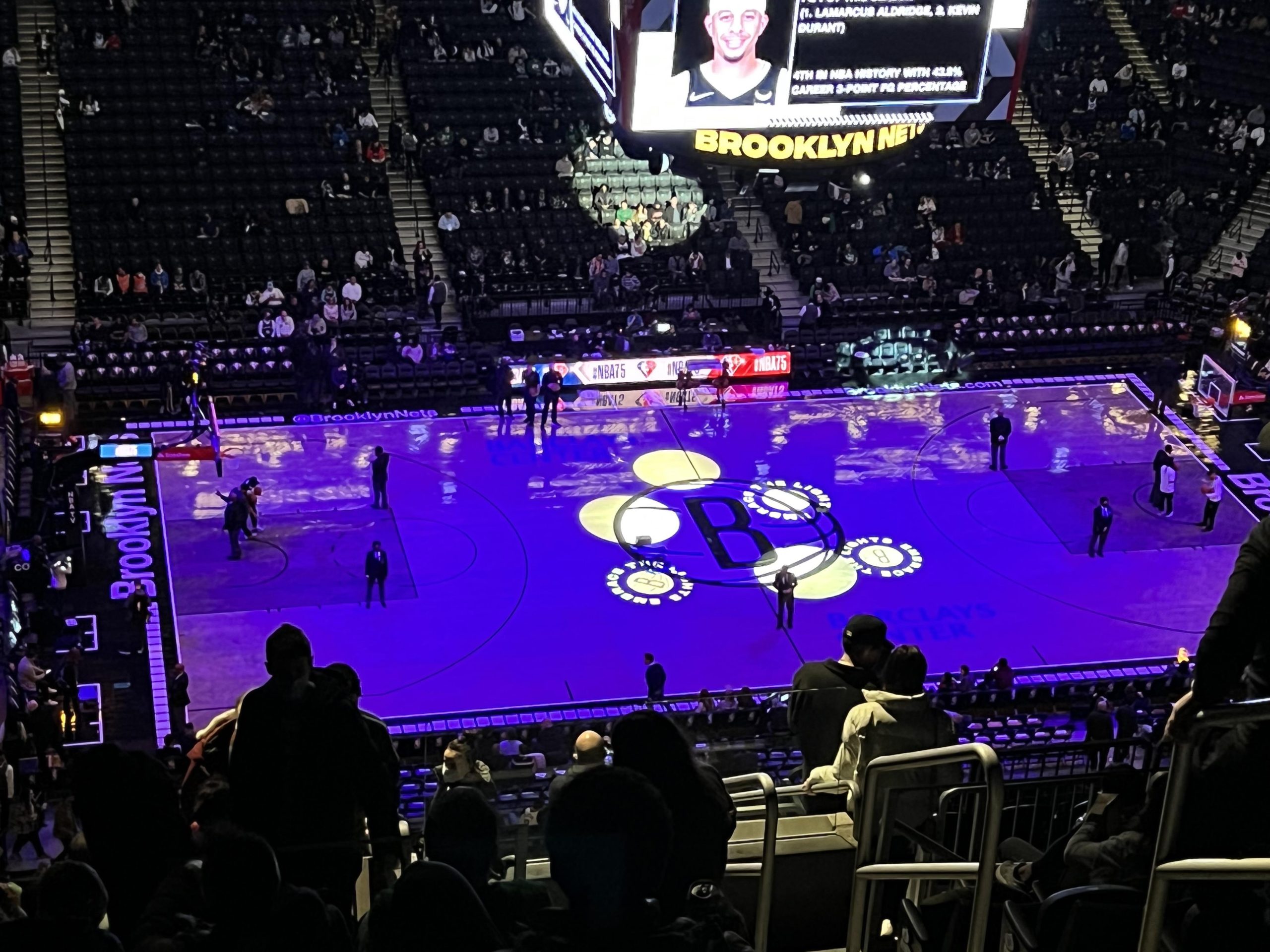 The Brooklyn Nets and the Philadelphia 76ers jaw-dropping, four-alarm deal sending shooting-guard James Harden and power forward Paul Milsap to Philly still resonates on several levels of existential plains of existence this date even though the blockbuster trade was announced February 10: Harden and Milsap to Philly in return for the 76ers Ben Simmons, Seth Curry, Andre Drummond and two future first-round picks.

Talk about a joie de vivre that can boost Nets fans spirits during these Pandemic times.

This seismic ramifications for both teams – and the Eastern conference as a whole – includes immediate improvement for the Philadelphia 76ers, who were already final’s contenders even though point-guard, sometimes power forward Ben Simmons wasn’t playing. Now, Philly has Harden whom they can pair with Joel Embiid as he is blazing a path towards MVP. Harden might actually be inspired to exert energy to earn his salary earnestly after wiggling his way out of Brooklyn.

For the Nets, however, the deal is about longevity. They snagged a younger guy, 25, for Harden, 32, the new addition being an overall better fit with Nets stars Kyrie Irving and Kevin Durant.

For Brooklyn, Simmons returns this season and the Nets can, finally, be healthy (fingers crossed) – and experience the bliss of teamsmanship. They could be contenders not only this year but may being laying the ground for a championship run.

At the time of the trade, the Nets were dismally flopping 29-25 and were on an ignominious nine-game losing streak. Harden was unhappy and petulant in Brooklyn throughout, though he never formally demanded a trade. No fool here. He didn’t because of a “fear of the public backlash,” according to ESPN’s Senior NBA Insider Adrian Wojnarowski.

He was way out of shape, worse than last year. More like his end-of-Houston shape, another ignominy.  He was overweight, played lackadaisically and downright sloppily. Harden slumped statistically, the worst year of his career the first half of the season with the Nets. Career low’s in field goal percentage, and three-point percentage as well. He was sinking into his own man-made abyss. 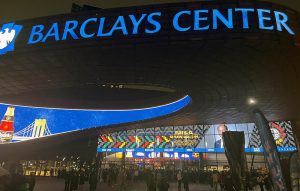 After the February 14 trade, the Nets played the Sacramento Kings and broke a mortifying 11-game losing streak. In an interview posted on the Net’s official twitter after the game, Nets forward Bruce Brown, in an unrestrained celebratory mood, shot from the hip: “The locker room is just a great vibe in there right now …  Everything just shifted after the trade deadline. Everybody likes everybody, it’s just great.”

The Nets new shooting ace, veteran NBA long-range bomber Seth Curry, is racking up his best season with 15.4 points per game while shooting 41 percent three-s. He is a long range addition for the Nets, especially in the absence of Joe Harris, sidelined for the season because of an ankle injury.

They also added a very much needed center in Andre Drummond, who can pick up the slack in the Nets tepid rebounding. Drummond low in the paint can make opposing players hesitate about charging in. The biggest piece in the deal for Brooklyn is still in the air, Ben Simmons.

Simmons on paper is promising:  He can playmake for others, attack the rim, and is an elite defender – and above all else does not need the ball in his hands at all times.

When Kevin Durant returns, and if Kyrie Irving can play home games (no matter how much NYC Hizzoner Eric Adams disses him) Simmons (on paper) could fit seamlessly with those two. However, Simmons debut with the Nets is still unclear 18 days after the trade. 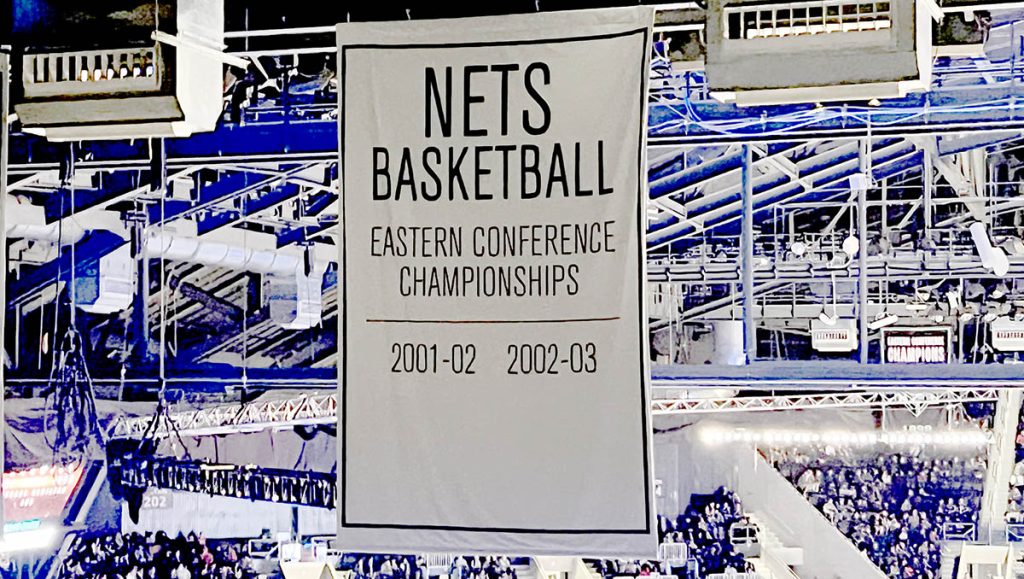 Those were the days. Picture by Peter Fenoaltea

During the Nets’ loss to the Celtics in Barclays, Thursday, February 24, some Nets fans shared their 2¢ with me. “I’m glad that bum [Harden] is gone, he quit on the team and stopped trying when things got hard. I hope he fails in Philly and never wins the ring he’s been desperate for,” said Chris James, a school data analyst.

Said Ely Valentin, a recent college graduate from Queens:  “It’s unfortunate how everything played out. They (Durant, Irving and Harden) played what? Fifteen, 16 games together? They played so well together too, for it to end in this way just sucks. They would have won it all last year if it weren’t for injuries.”

Peter Polina, a sous chef from the Upper East Side wearing a white Kyrie Irving jersey, snarled, “I never liked the Nets trading for Harden in the first place. I feel like we gave up too much for a guy who is known for coming up short in the playoffs. We sacrificed so much for him just to quit on his second team in two years; now he got his way to Philly and he could be their overweight problem. I’m excited to see Ben play and I think he’s a better fit anyway.”

I am ready to move on, embrace Simmons, and play the waiting game for the inevitable debut of the new big three in Brooklyn. It is exciting to imagine the potential of this team. They improved overall because of the weaknesses they addressed. If they overcome this and win it all, this team will be remembered forever.

← MUSIC REVIEW – Finding the Beauty in Your Scars
Go Forth and Seek, She Was Told, And, Thusly, She Stumbled Upon the Hindu Students Association →