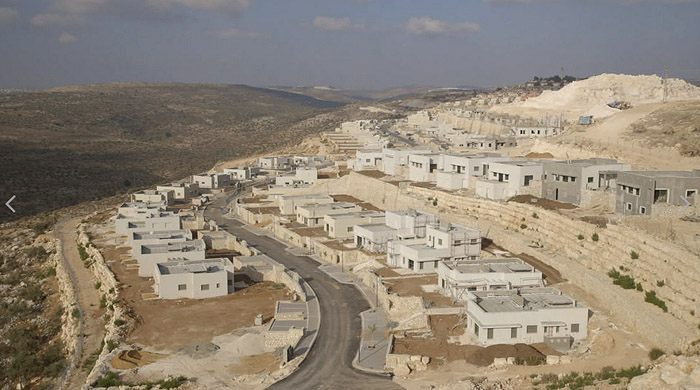 “Perhaps the greatest astonishment of this generally astonishing film is the casual zealotry and racism and the apparently untroubled certainty of many of the settlers themselves” – NYFF54.

Besides providing essential historical context for the Israeli-Palestinian conflict, THE SETTLERS gives audiences one of the most intimate looks into the diverse lifestyles of the Isreali settlers who occupy the West Bank.

Director Shimon Dotan articulates the different agendas of the settlers, insight rarely provided throughout the ongoing news media coverage of this volatile and ongoing conflict.

The Israeli bravado over the alleged God-given right to land ownership throughout the West Bank is expressed profoundly. However, Dotan does an excellent job of seeking out and introducing us to unexpected settlers of the area. From families who simply find it more cost effective to live in the West Bank, to the militant occupants of the Outposts, Doton captures what appear to be sincere testimonies of what has brought each to the controversial West Bank. You’ll be surprised to discover who is settling in the area.

Historic footage of violent, yet relevant wartime altercations, flashbacks to UN and US Presidential speeches relating to the conflict, and lawyer arguments on the legalities of the settlers existence and the desire to return to Biblical law are throughout the film, giving context to what would otherwise appear as an idiosyncratic group of inhabitants.

Doton also delves into the West Bank’s infrastructure. Highways and bridges designed specifically to isolate the two groups echo the decisiveness within the region. We hear some unorthodox yet honest reactions that have resulted from the systemic divides throughout the land.

The Outpost dwellers secure the win as the most brazen Zionism supporters. Shocking banter between a father and his young preschooler reveals the position of the Outpost members and their resentment towards Palestinians.

While others have succeeded at explaining the territorial conflicts of the West Bank, Doton’s interpersonal approach makes for a relatable and easy-to-understand explanation of the Israeli and Palestinian conflict as well as the sentiments of the occupants within the corresponding territory. If you aren’t familiar with the ongoing issues of the region, or only have limited knowledge through news headlines and breaking news reports, THE SETTLERS offers sufficient background on the conflict, and at the same time successfully communicates how archaic ideologies impact modern day conflicts.