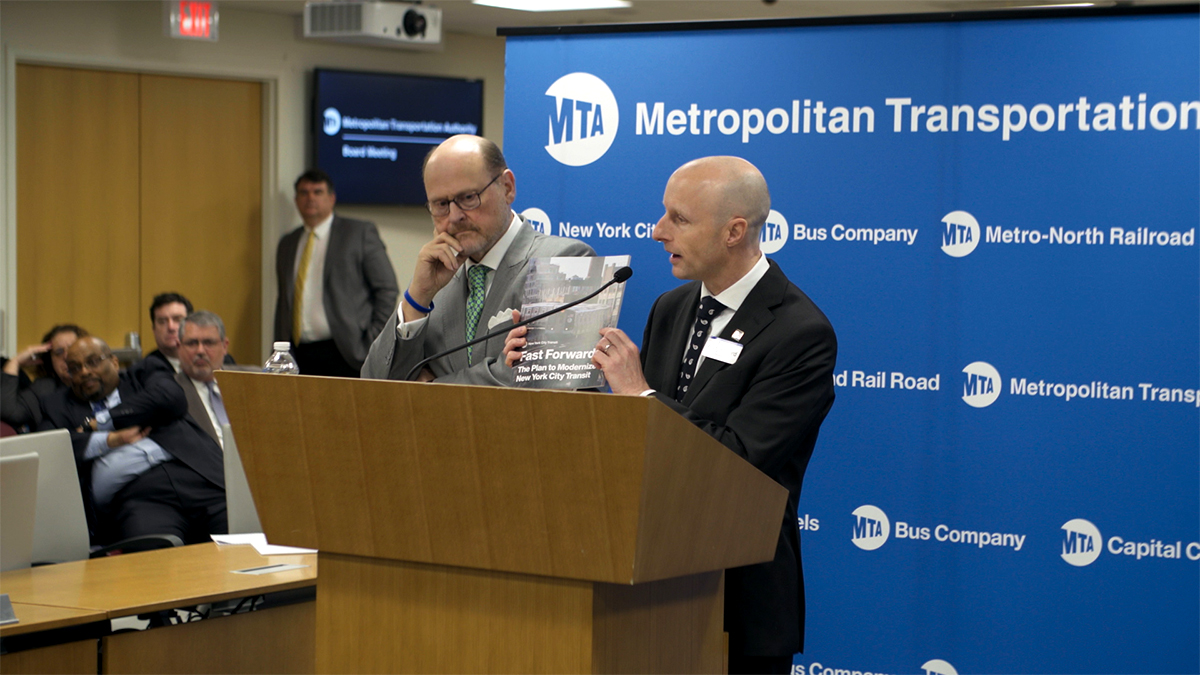 Byford was hired as President of NYC Transit – a division of the Metropolitan Transit Authority – by NY Governor Andrew Cuomo at the height of the NYC subway crisis in 2018. Lauded, publicized and marketed as top international transit executive from the United Kingdom with 30+ years experience, including Toronto, and Sydney. His mandate was to turnaround and modernize the struggling NYC subways but he ultimately clashed with Governor Cuomo and resigned after just two years in Febru­ary 2020. Today he is the Commissioner of Transport for London.

Former NYC Councilman Antonio Reynoso
North Brooklyn Born “Los Sures” neighborhood and a sitting member of NYC’s Transportation Committee. Reynoso highlights how the transit crisis disproportionately impacts communities of color, like the one that he represents. In a neighborhood barbershop, audiences can see him listening to constituents’ concerns, and in city council chambers fighting to hold transit officials accountable. A rising star in NYC’s political scene, Reynoso now serves as Brooklyn Borough President. 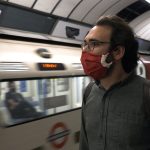 Covers the city and its subways for the New York Times, Vice, Bloomberg, and more. Surico pounds the pavement to understand the struggles of ordinary citizens who face financial hardship amid the transit crisis. He also provides an insider perspective on the historic and current political dynamics at play. Ultimately, a post-graduate program beckons him to study in Oxford, England, where Surico continues his crusade by applying an international lens to America’s transit woes.

EMMETT ADLER: Director, Editor and Executive Producer – Emmy-winning filmmaker who has taught art in Shenzhen, China, was once a chess champion in the state of Illinois, and can juggle pins while walking on stilts. He has over a decade of experience as a freelance documenta­ ry and commercial film editor. In 2021, he made his directorial debut with the feature documen­tary END OF THE LINE, which premiered at the DOC NYC film festival to sold out audiences.

IAN MAYER: Cinematographer and Executive Producer – A Clio-Award winning freelance editor and graphics artist living in New York City. He was editor and associate producer for The In­ comparable Rose Hartman, a feature-length documentary film that premiered at SXSW and has screened at 15 festivals. His other editorial credits include ESPN’s Inside: U.S. Soccer’s March to Brazil, MSNBC’s Pot Barons, and vari­ ous television commercials. He has also created visuals for two Super Bowl Halftime Shows, music awards performances for KE$HA and Be­ yonce, and concert tours for Beyonce, Roger Waters and Norah Jones. Ian studied filmmaking at the University of Arizona.

BRIAN TORRES: Associate Producer – Founder of Mammoth Editorial and the co-founder of Buho, a video production studio in Bogota. His work as an editor and di­ rector of photography has been shown on the Discovery Channel, CNN, Univision, Fusion and Telemundo. He has worked with companies and brands such as Vax Media, The Verge, Fly, SB Nation, Nikon, Twitter, Avianca, Audi, Colombia and Ubeci.

← ‘Everything is on the table’ – Jelani Cobb, New Dean of Columbia University School of Journalism
END OF THE LINE Film Review – Audiences Should Gear Up for Tuesday, June 14 →