Dystopian Grim, Brooding But Not Grisly

FRIMAS distributed by H264, an integrated distribution studio supporting filmmakers and producers in the distribution of short films, feature film, aggregation, and discoverability in Quebec, Canada and internationally.

“What did you eat this morning?” “Water lilies.”

A refrigerated delivery truck on a greyish, overcast day – and with “Meat Meets Meat” in large red lettering on its side – cruises through an industrial area and eventually glides towards a pensive Kara, who has been furtively staking out a small strip of sidewalk for several minutes. The truck’s headlights flash, giving the strong impression that a rendezvous (of a stealthy nature) is in the works. 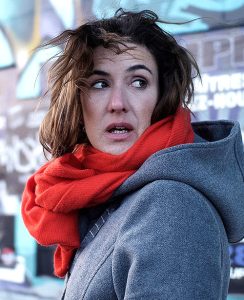 Benji – “What did you eat this morning?”

She hands over a wad of bills and is directed to the back of the truck where, viola, the opened reefer door reveals butchered beef dangling from hooks to camouflage a mobile abortion clinic with medically aborting accoutrements – reduced to bare medical essentials, of course. A  taciturn, no nonsense doctor, Dre Hubert, played by veteran actress Chantal Baril, runs the mobile operation.

They all live and work in an unidentified Spanish-speaking country where abortions are illegal, and the punishment is ruthlessly Draconian. Kara is desperate to get one, nevertheless, and that desperation has driven her to take risks that could get her imprisoned if not dead on the slab in the mobile clinic.

She is willing to take any risk, face any peril – and she does in Director Marianne Farley’s foreboding, five-star edge-of-the-seat thriller.

FRIMAS reflects synchronistically on the brouhaha occurring in the United States because of the infamous Texas’  TX SB8 legislation. The timing couldn’t be better than if it had been planned. For weeks, it’s been 24/7 breaking news about TX SB8 and reference after to reference to its possible effects on Roe v. Wade with protests in the streets and legal wranglings in state and federal courts and as well as partisan wrangling in state and federal legislatures.

FRIMAS, eschewing the heated partisan and political arguing, exquisitely captures the essence of TX SB8 and Roe v. Wade. Constitutional and Universal Human Rights are being threaten with evisceration, as witnessed through the attacks on the universal rights of women to their bodies.

Director Marianne Farley’s gem is so stark and exquisitely timely it caused this reviewer to recall the doomsaying and soothsaying clamor of many years ago when an Hollywood disaster movie was being credited with being unbelievably prophetic. That is, 12 days after the release of THE CHINA SYNDROME, March 16, 1979, the Three Mile Island nuclear accident happened. Nuclear power industry mouthpieces had been hammering the movie for its alleged hogwash attack on the industry – and then real life erupted during the self-serving lambasting.  The incident has been cited as the major cause for the decline in nuclear construction through the 1980s and 1990s. [World Nuclear Association’s real world information.] 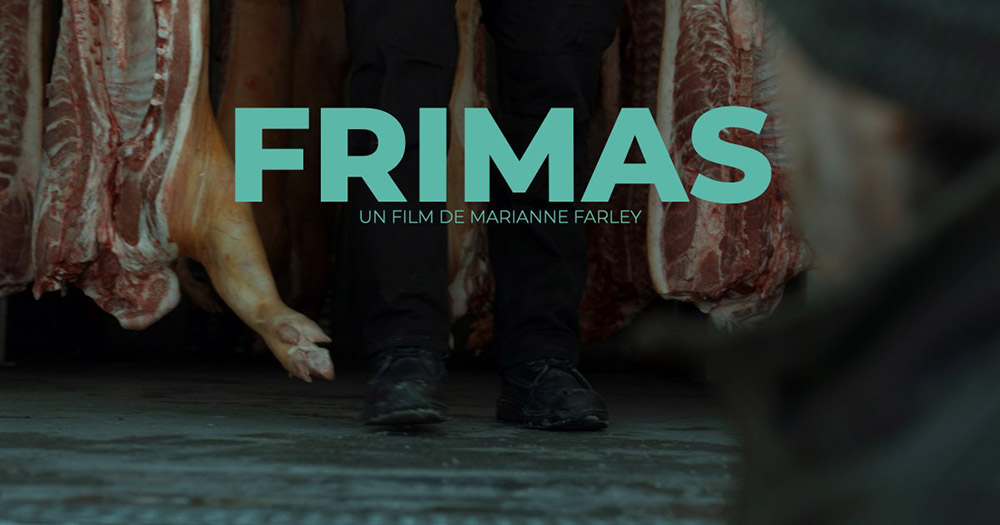 Is the foreboding but exquisitely made FRIMAS prophetically apocalyptic about human rights in the United States?