So Says Publicity Promos (Edited for Style) – SALARYMAN  was awarded Best Documentary and Best Score at the DOC LA Film Festival. It captures the history and culture of the “Salarymen” office workers in Japan, hard-working white-collar employees who helped build post-war Japan into the global power the country is today. But at considerable cost to their lives as human beings.

So Says This Reviewer: First-time filmmaker Director Allegra Pacheco’s SALARYMAN blew the minds of DOC LA judges and audiences because it is exquisitely lensed and transcendental. It has more mesmerizing scenes and moments than any other feature or documentary that this reviewer can recall in many years. It’s as if magic is infused in scenes throughout the film, causing this reviewer to imagine that there may not be enough superlatives to accurately prepare audiences for the cinematic experience awaiting them.

This is sublime storytelling in a cinéma vérité, ethnographic matrix – and one of those it-has-to-be-seen films – especially in these pandemic times when millions are enduring insufferable pain and agony. Yet, this is no Disney feel good movie. Bravura direction and cinematography and imagery from animation, vintage news shots, pictures, art and performance art and a film score that can won’t let you go once its magic sets in, result in a penetrating, kaleidoscopic view of the oppressive culture of male, white-collar Japanese workers whose almost brainwashed devotion to their corporations render their personal lives miserable.

But the virtuoso filmmaking assuages the bitterness and harshness that could distract if not frighten off audiences from a movie as bitter sweet as this one. SALARYMAN has to be ranked as one of the best in years.

Surely, Working People Around the World  Can Relate to the Following

Late at night, after bars have shut down, Pacheco begins to come aware of men in suits littering the sidewalks and entryways of closed subway stations, learning that they are “Salarymen,” average Japanese white-collar office workers expected to work exhausting long hours and then engaged in after-hours by drinking binges with their bosses. Many passed out on the streets missed their  last trains back to their homes in the suburbs and sleep it off until it’s time to go back to work.

When Pacheco’s performance art repertoire kicks (she has many) in she chalk-outlines passed out Salarymen, her work mimicking crime scene forensics to draw attention to a reality that is so normal that the men are figuratively invisible ­but not to her eye. “Selfless devotion to the group, a characteristic revered in Japanese culture, is gradually rendered through Allegra’s TK as an asset corporations abuse to achieve productivity at the expense of health and family, leading, in the most tragic instances, to death from overwork.

This took place over five years. 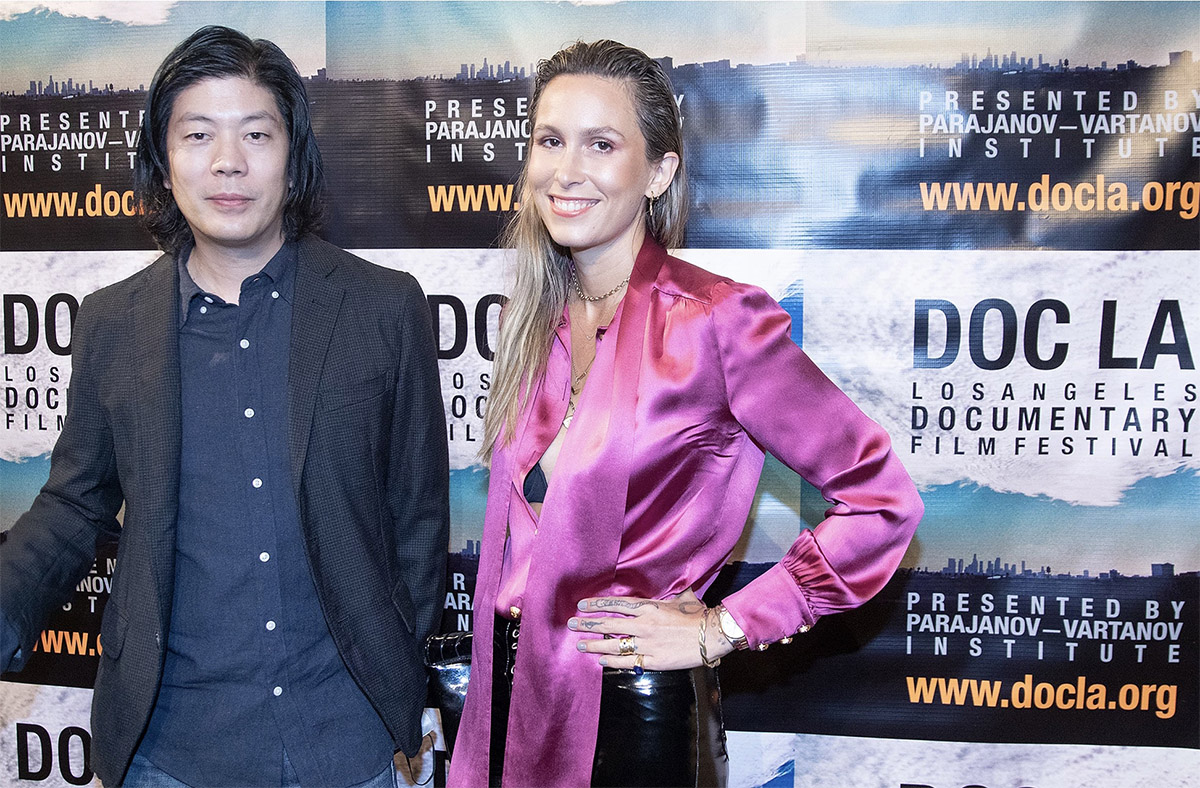 PACHECO  was born in 1986 in San Jose, Costa Rica, and became a dedicated traveler. She has art exhibitions spanning from Japan to Europe and America. She holds an MFA in photography from The School of Visual Arts in New York and a Master’s Degree in Fine Arts from the Wimbledon College of Arts London. Her work is included in important collections worldwide.Since 2016 Allegra has almost exclusively worked on SALARYMAN and has delved into her painting practice.

The term salaryman, サラリーマン, sararīman refers to any salaried worker. In Japanese popular culture, this is embodied by a white-collar worker who shows overriding loyalty and commitment to the corporation within which he is employed. They are expected to work long hours, to put in additional overtime, and to participate in after-work leisure activities such as drinking, singing karaoke and visiting hostess bars with colleagues, and to value work over all else. A salaryman typically enters a company after graduating from college and stays with that corporation for the duration of his career.

Other popular notions surrounding salarymen include karōshi, or death from overwork. In conservative Japanese culture, becoming a salaryman is the expected career choice for young men and those who do not take this career path are regarded as living with a stigma and less prestige. On the other hand, the word salaryman is sometimes used with derogatory connotation for his total dependence on his employer and lack of individuality.

← FRIMAS – Short Movie Review
It Is What It Is: An Unprecedented Fall Semester Start →