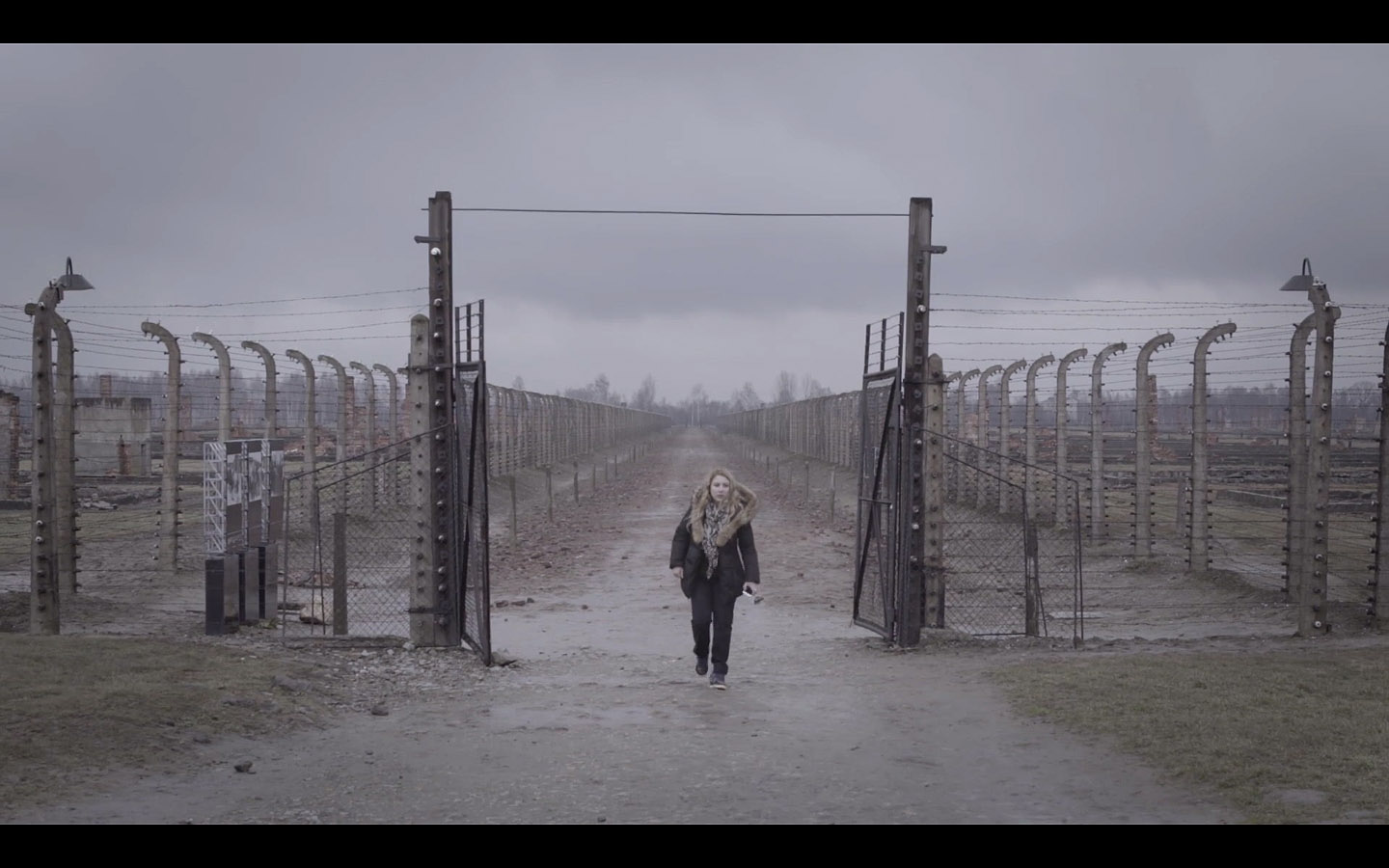 Twenty-five-year-old Director Serena Dykman’s documentary, NANA, about her grandmother Maryla Michalowski-Dyamant, is 100 minutes of spellbinding story telling. She and her mother retrace the history, story and philosophy of Michalowski-Dyamant surviving Auschwitz and becoming a tour de force against the intolerance and atrocities that fueled the Holocaust by drawing on her hellish experiences as well as those of her family, friends and neighbors. In doing so, the movie itself becomes a pièce de résistance following on Nana’s passionate mission.

For this reviewer who believes that the quality of a movie can be best measured by the number of times he is willing to see it, NANA has exponential possibilities. There are movies I’ve had to see at least a dozen times because they touched nerves that I couldn’t calm down. Dykman’s NANA has scenes and sequences as well as spoken words and themes that resonate and resonate and resonate well after their screen moments have passed and that lingering of feelings and emotions can only be satiated by being experienced again.

NANA is triumphant. It is also sad. It is incredibly inspiring. But it is also very scary and ominous as it recalls the past, reflects on the present and insinuates about travesties happening now and could come if the lessons and warnings that could be learned from Shoah and the genocides taking place are not heeded. 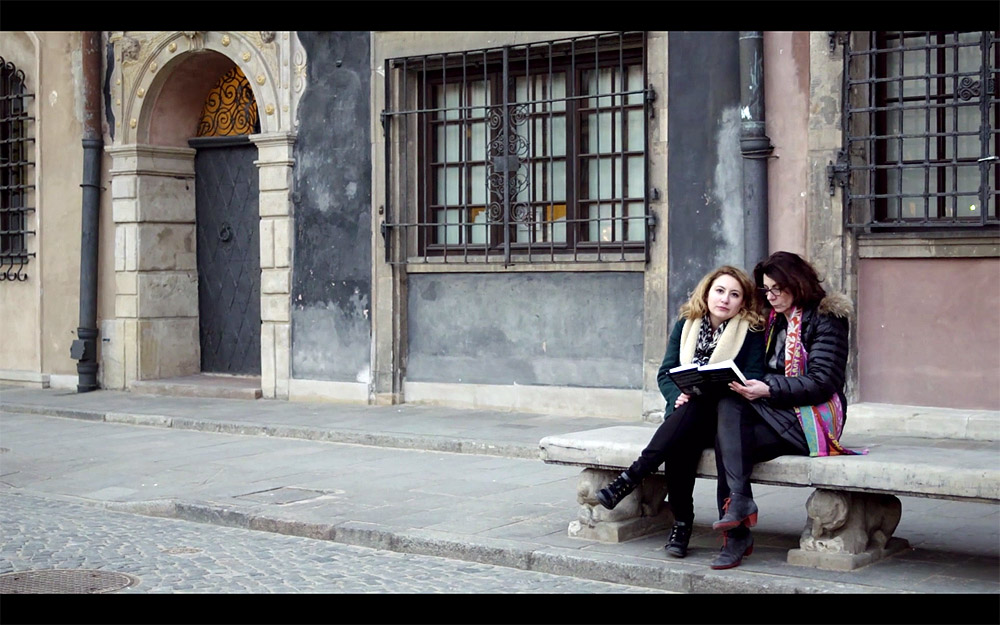 Born in Poland, Maryla Michalowski-Dyamant survived the hells of Ravensbruck, Malchow and Auschwitz where she was the forced translator for the “Angel of Death,” Josef Mengele. Michalowski-Dyamant dedicated her life after the war and became a force to be reckoned with publicly speaking about her survival, especially to younger generations, according to background information provided for this film. Alice and Serena, daughter and granddaughter, explore how Michalowski-Dyamant’s outspoken activism continues today in a world where survivors are disappearing, and intolerance, racism and anti-Semitism are on the rise. 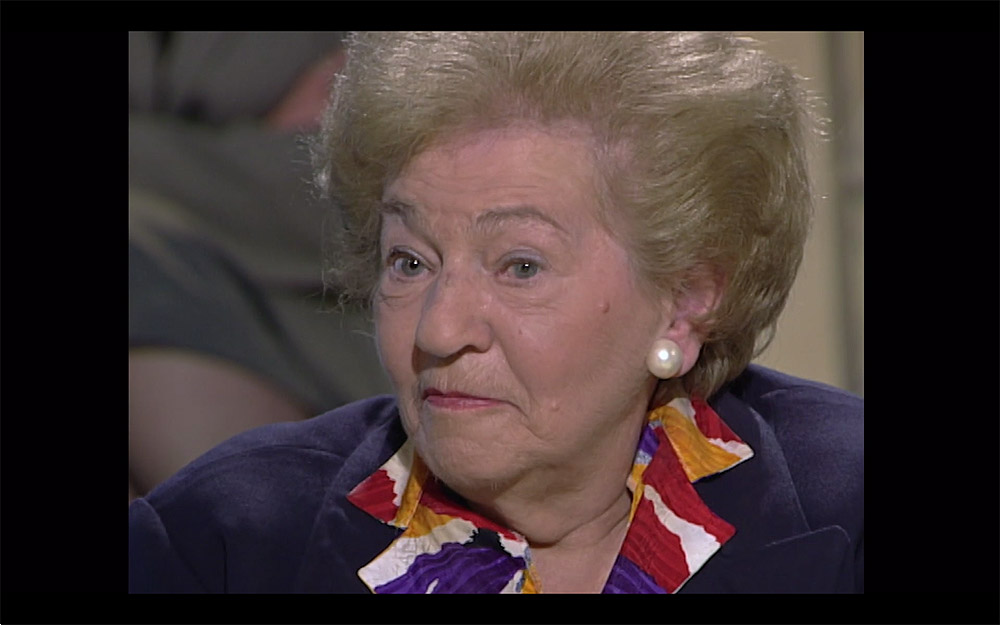 A picture of Maryla Michalowski-Dyamant from one of the many interviews of her.

NANA, made from the third generation’s point-of-view,  investigates how survivor testimonies and messages against intolerance can continue today in a world where survivors are disappearing and intolerance, prejudice, anti-Semitism, and racism are flourishing. NANA is an intensely personal film, exploring the relationships between grandmother, mother, and daughter under the weight of heritage, but also a film with a universal message. It recounts and teaches what can happen in a world without tolerance against the backdrop of the recent terrorists events in Paris and Brussels.

My personal goal with NANA is to continue to do my grandmother’s work teaching tolerance. She passed away when I was little, and after meeting countless people that had heard her story, it became clear how effective her work was. Unfortunately, she is not here to speak in schools and give conferences anymore. By putting together a documentary that follows my grandmother’s life and work with my mother, my goal was to make this film relevant for all generations, as well as for people of all backgrounds and religion.

It is not a historical documentary about what happened to the Jewish people during WWII, but rather the story of a blonde girl with a normal life who lost everything, and how her descendants live with the trauma of heritage. It also shows a strong woman who managed to survive and keep her hands clean.