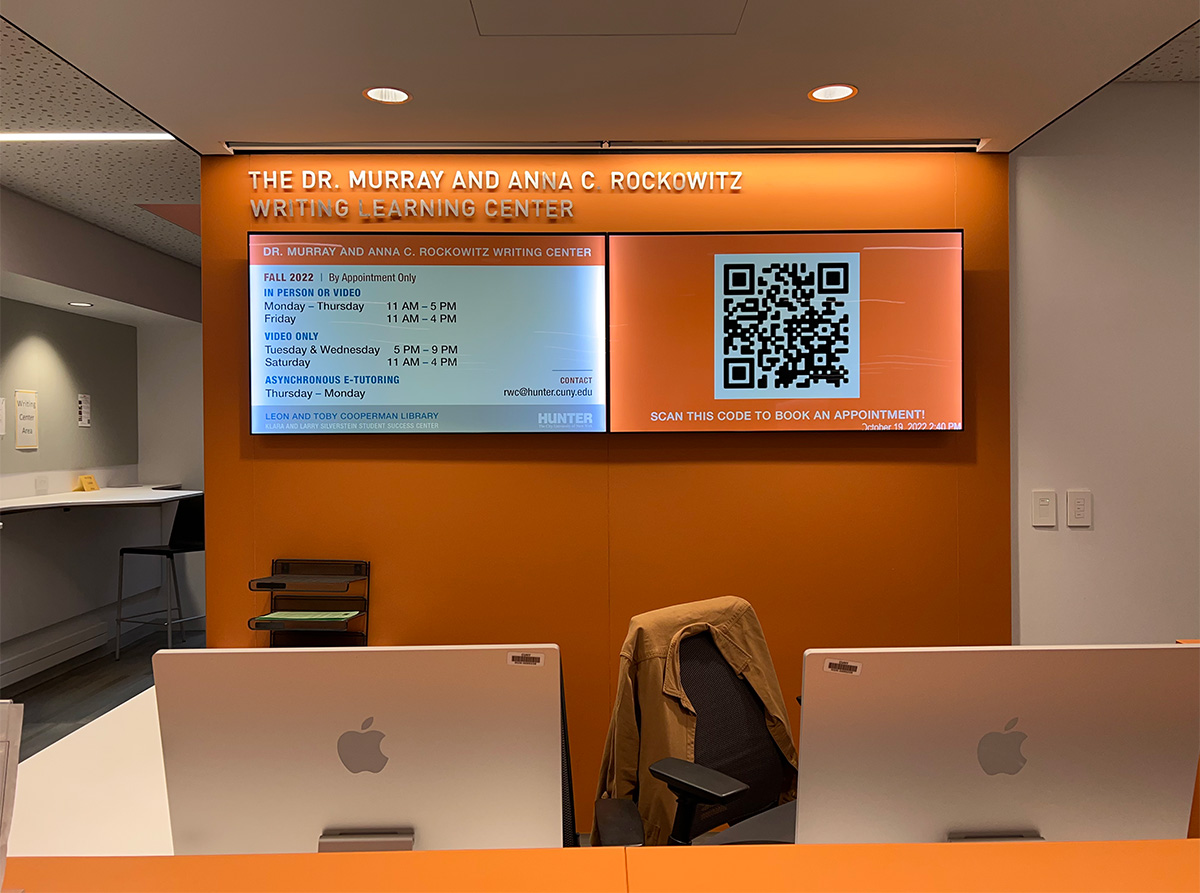 The Rockowitz Writing Center provides tutorial services that help students become better academic writers. It is the goal of tutoring to improve students’ reading and writing processes, how they engage texts and write papers, and in the effort help students actively participate in their own education and to appreciate the educational value of all the courses offered in the college’s curriculum. Click here for more information. 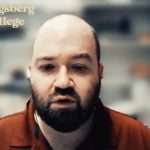 At the start of the this fall semester, RWC Acting Director Jack Kenigsberg emailed faculty a friendly heads-up that one of the College’s invaluable resources for students was opened for business. “It’s hard to believe we’re on the cusp of a new academic year,” he wrote. “The past year was incredibly difficult for me, and for too many of my students, so I can only hope that this one will be easier.”

He said, based on his observances and those of numerous colleagues, that many “students pretty much lost a year, or two, of high school during the pandemic” and they never really recovered. This year’s incoming class suffered that disruption to their formal education two years ago. “If you notice any of your students struggling to keep up, whether newly entering first years or not, I hope you will let them know that an academic support service like the Rockowitz Writing Center can help them bolster their skills and regain their confidence as students.”

This reporter was assigned to follow up on that message to faculty.

Jude Rollinson: We’re just doing a piece on the [Rockowitz] Center. We can take it, however, where we like, and I was just interested in what you think makes the Center important and why do you think it should be utilized by students?

Jack Kenigsberg: Such a loaded question. I think that by the time many, many people get to college, two very bad things have happened to them. First, they’ve been trained in school that school writing takes a very particular form, five paragraph essay, very simplistic. And that works great for standardized exams you get in high school, and it works terribly in college.

And so a lot of people adapt right away. And a lot of people just, they’ve been habituated to this, and they find it really hard to break out. Especially, I think, if they’ve been fairly successful doing it in high school, it’s really hard to break a habit. Even if, semester after semester, the evidence shows that it’s not working, it’s still really hard to give it up. And so that’s just a really, really terrible thing. And people sometimes just need help breaking out of it, and … help figuring out, well, if I can’t do this thing that I got so used to doing, what could I do instead?

I think one reason why some people don’t give up that habit is that you just, it’s very scary the possibility. Not knowing what to do is very scary. And sometimes, even though when you know that what you’re doing is wrong, as long as you have certainty about it, it can actually feel better. 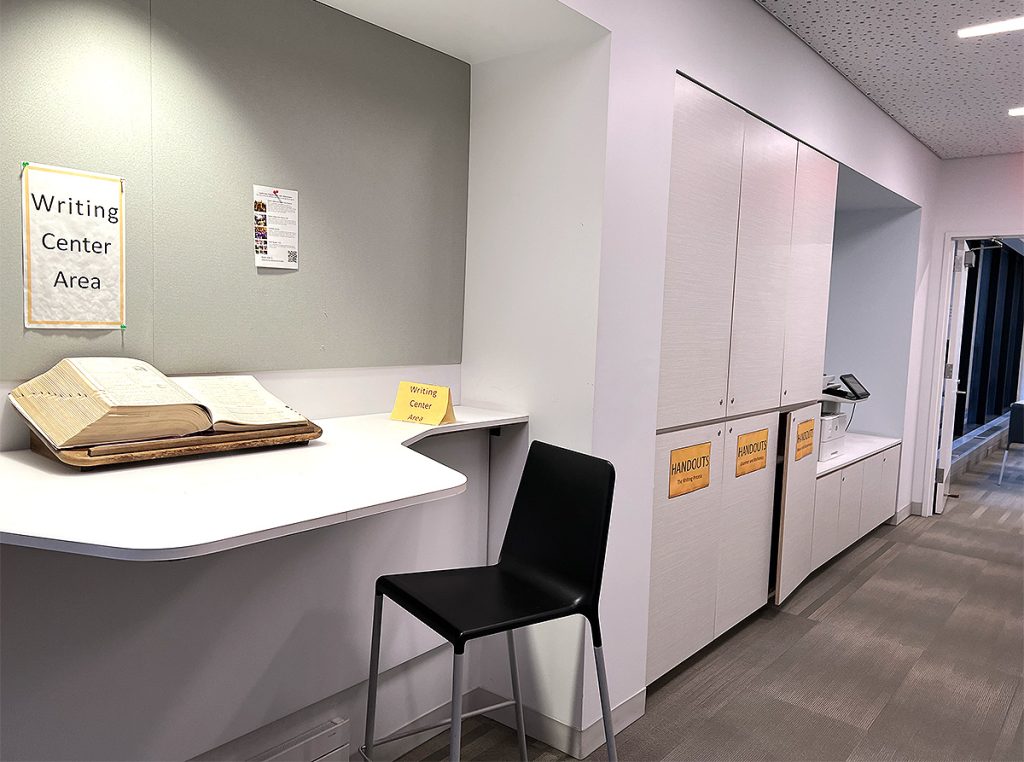 Rollinson: So you think it [Rockowitz] can be used as sort of a stepping stone towards the next?

Kenigsberg: It is. 100%. And so, honestly, we sort of not quite a joke around here that our ultimate goal for every student who uses us is to not need to use us anymore

I don’t think it’s great if students use us from the first day of their very first semester here at Hunter all the way through graduation. Our ultimate goal is to empower students to have the skills and the confidence to use those skills, to become more confident, independent writers. But until that happens, we can be a really, really good resource for them.

So I think I that’s one thing that happens. And related to what I just said, I think another thing that happens, a really terrible thing, is that a lot of people either are told explicitly, or usually implicitly, they’re not good writers. And they just get so used to getting negative feedback and grades that they’re not happy with.

So by the time they get to college, they’re already convinced that they’re not good at this, and it’s terrible, if only because so many courses require them to do writing. And it’s like if you think you’re bad at something that you have to do in three quarters of your classes, that’s not a recipe for success. And truly it’s not a recipe for confidence. People just get really, really overwhelmed, sometimes, by the writing they have to do, which is understandable. They’ve been trained to think they’re not good at this.

And what I guess goes along with that is that people get this idea that some people in this world are just naturally gifted writers and other people are not, and they’re in the group that’s not. And that’s bullshit. You can quote me. Nobody’s born a good writer. It’s a skill. Every skill is learned. And if someone hasn’t learned it in middle school and preschool, then all that means is they haven’t learned it yet. If they’re not a good writer, it just means they’re not a good writer yet.

Rollinson: And do you find that the students are usually comfortable in reaching out and saying, I don’t feel like I’m succeeding as much as I am? Or do you find it’s a bit more hard?

The answer is in Jude Rollinson’s Part 2: Click here.

← Part 3 of Jude Allison’s Q&A With Jack Kenigsberg, Acting Director of the Rockowitz Writing Center
What Hunter Students Told WORD Reporters about the 2022 Midterm Elections – First Article in a Series →