At the start of the this fall semester, RWC Acting Director Jack Kenigsberg emailed faculty a friendly heads-up that one of the College’s invaluable resources for students was opened for business despite the threat of the COVID-19 variants, the required testing for students, staff and administrators to return to campus and the shrieks, screeches and squawks generated by the investigation of the United States House Select Committee on the January 6 Attack.

“It’s hard to believe we’re on the cusp of a new academic year,” he wrote. “The past year was incredibly difficult for me, and for too many of my students, so I can only hope that this one will be easier.” 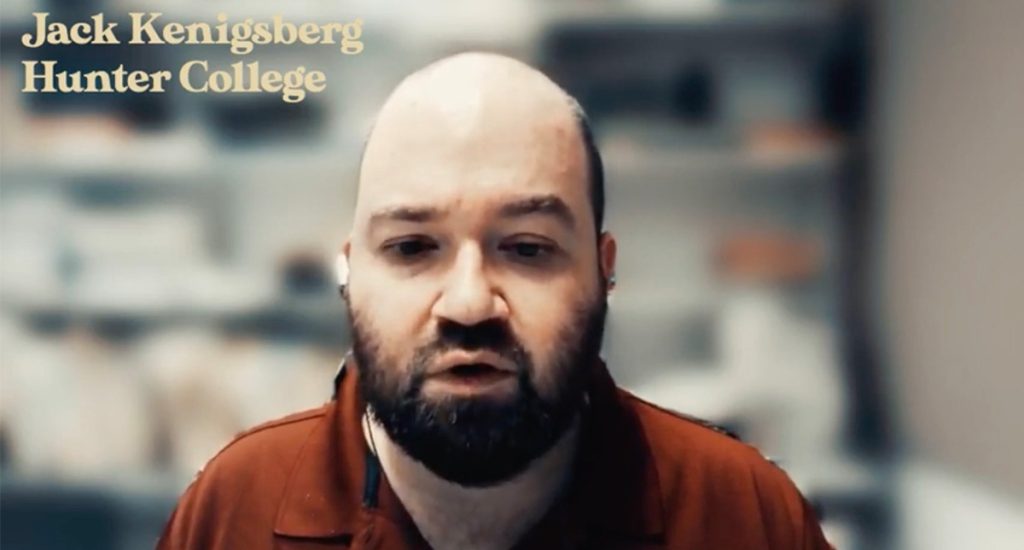 Jude Rollison: And do you find that the students are usually comfortable in reaching out and saying, ‘I don’t feel like I’m succeeding as much as I [can]?’ Or do you find it’s a bit more hard?

Jack Kenigsberg: It’s really hard. I mean, my predecessor in this role used to say that coming to a place, the Writing Center, was an act of moral courage. It takes a lot of courage to say, I don’t feel I’m good at something. I would like help. That’s really scary. Especially because our culture is so strong about pulling yourself up by your bootstraps and doing everything independently – and all that harmful nonsense.

And so when you bring those two things together, it’s like, so people are trained to think that they’re not very good at it, but they’re also trained to not ask for help? Because it just feels alien in some ways? That’s a recipe for disaster. And quite frankly, I think that the fact that we’ve been calling what we do tutoring for 50 years probably isn’t helping. Because when people hear the word tutoring, the first thing they think of is like, oh, if you’re not succeeding at something, then you get tutored. But if you’re not struggling, then don’t.

Even if you’re kind of struggling, as long as you’re not dramatically failing, you don’t necessarily think to get tutored. Weirdly, I think for a lot of students who come from more privileged families where they’ve gotten a lot of, through middle school and high school, a lot of tutoring or enrichment, they’re actually more comfortable coming to a place like the Writing Center. Because it just feels like they’ve done that.

But there are, I think, a lot of students who come from not upper middle class backgrounds, or where I guess just tutoring or after school programs were just not part of where they grew up. And the only people that they ever saw getting that kind of assistance were the kids who were not doing well and they don’t want to be that kid.

So breaking through a lot of those stereotypes and a lot of those modes of thinking is really difficult. And not just here at Hunter. I think in writing centers throughout the country, there’s always a lot of discussion. How do you get the students who might benefit the most, who in some ways are the most resistant to coming for such a variety of reasons?

But yeah, so it’s difficult, which is why it’s so great that you’re writing this story. Getting the word out is a good thing. 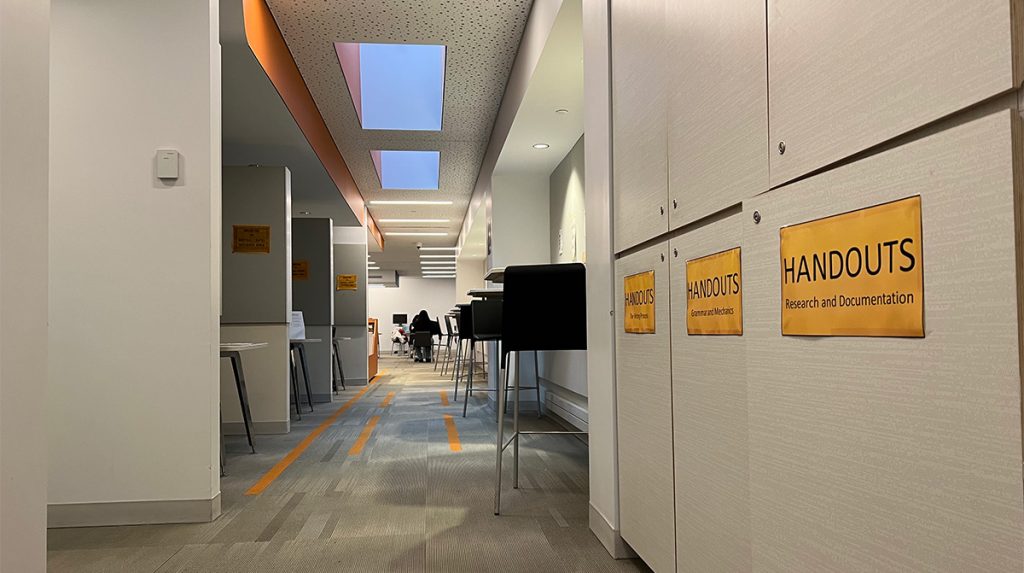 But to answer your question, why should people use it? Because we can help. And not in this sort of messianic savior complex, it’s like all the people who work here are students here at Hunter. And if they’re good at writing, it’s because they became good over time, and they’re getting better over a time. And they just know some, take some tricks and things that maybe other people don’t, and they can share.

Rollinson: How do you think this Center is specifically transferring the thought process of it’s tutoring to it’s learning? How do you think here it’s different than just the regular, what people would consider, tutoring?

Kenigsberg: I think that the most important thing is that we’re not here to tell you exactly what to write. We’re not here to tell you exactly how to fix. We take our direction from you. You tell us what your assignment is, you tell us what your thoughts about that are. We ask you questions to get you thinking, hopefully we’re asking the right kinds of questions to get you thinking in really productive kinds of ways. But at the end of the day, it’s like the paper that you write will be your paper. We’re not trying to turn you into a cookie cutter clone of the perfect student writer. We just want you to become a better version of yourself.