This film was not submitted for rating, thus, this reviewer is not rating it though he might change his mind down the road because of the Plan 9 From Outerspace Accord which makes clear that any movie ever made could one day develop a cult following – no matter how much it has been trashed by reviewers. Students of cinematic history may recall the chagrin of film reviewers, filmic cognoscente and pundits – those who may still be walking this earth and those turning over in their graves – who trashed PLAN 9 only to have a cult following developed and the film being regarded as a classic. [Click here for more info.]

A Publicity Blurb (Edited for Style): Directed by Dale Resteghini, it tells the story of a couple, Shaina (played by Niki McElroy) and Mark (played by Todd Anthony), retreating from their big city, urban wild party lifestyle for the supposed tranquility of pastoral Shady Grove where an isolated rental cabin awaits them. They are joined by their friend, Elijah (played by Juhahn Jones). They eventually realize they are in danger: The local denizens have been devious about who they really are.

SHADY GROVE filmmakers, to alert audiences that may think the SHADY GROVE story was ripped from breaking news headline stories, state that their film is “fictional and incorporates the role of women in Greek mythology and sets them in our current and controversial Roe vs. Wade world.”

The Reviewer’s Take on SHADY GROVE: Cult Following in the Works?

SHADY GROVE tells the story about a couple and a tag along friend – three millennials of an African American persuasion, Black – who seek temporary refuge an unnamed urban city in New York State (I’m thinking Big Apple) to upstate SHADY GROVE in the Catskills to deal with the consequences of a #ProfligateHedonisticDecadent lifestyle. They believe they can detoxify, purge and cleanse themselves of their salacious turpitudes. A luxurious spa they would have preferred, but didn’t have the requisite $$$, so they selected a bargain basement cottage with a great panoramic view – this is true – of trees and a lake. [See Spas in Upstate NY]

There were times in the course of screening SHADY GROVE, that this reviewer felt he was witnessing a great deal of parody and slapstick humor infused in the story line, that story line being served up with a dash of dead-panning as well as a dash of Stepinfetchit buffoonery unlike any seen by this reviewer in many years. Also, the following is Greek, and I mean really, really Greek to me: This film is “fictional and incorporates the role of women in Greek mythology and sets them in our current and controversial Roe vs. Wade world.” 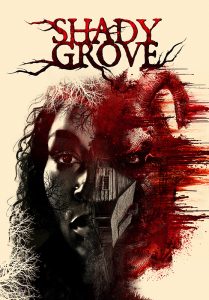 SHADY GROVE comes up short on swing – but that doesn’t mean there couldn’t be a cult following dynamics in the works as this review is being written. The first 14 minutes of the film, say, are enticing and promising, and the last 14 minutes or so, are tantalizing, almost ingeniously with a startling film denouement that I imagine could inspire Director John Carpenter to come out of retirement; George A. Romero and West Craven to return from the grave; Jordan Peele to sequelize GET OUT 1, 2, 3; Nia DaCosta to sequelize CANDYWOMAN; Kari Lakes to renounce Trump, apologize to the Bidens and become a nun; Amy Coney Barrett succors Planned Parenthood. The denouement, in fact, has even inspired this writer. And so on.

Nevertheless, it’s the in-between of the First 14 Minutes and of the Last 14 Or So Minutes that’s the major concern. It’s as if there’s this weird segué. Fourteen inexplicable minutes of novel filmmaking scenes, then a segue to more than a hour of dreariness then a segué to an unbelievable denouement.  A slight digression: I support Roe vs. Wade. And the film, in many ways, is Greek to me.

Nevertheless, I am willing to stick my neck out and says that the filmmakers had plenty of what it takes to make an Oscar contending movie film short of about 30 minutes and they should be rapped on their knuckles for apparently leaving it up to audiences to make sense of things.

Pictures & Captions Worth a Thousand Words 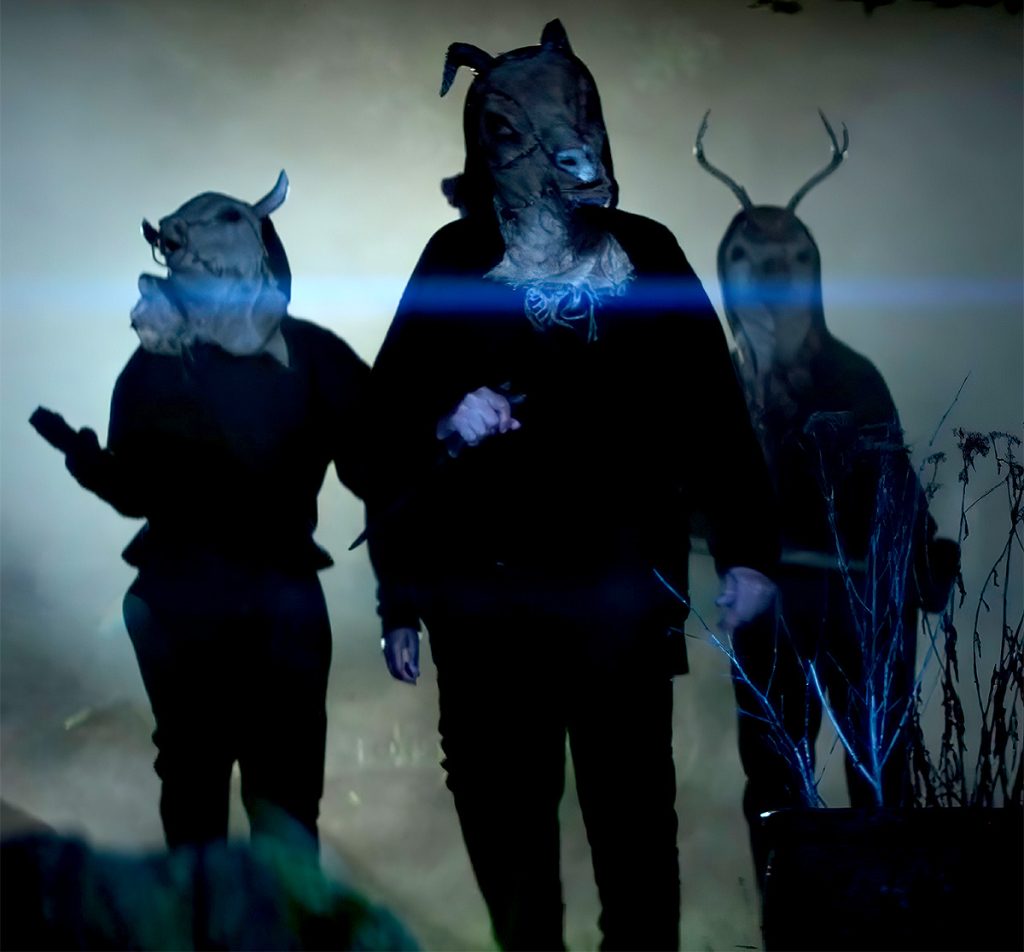 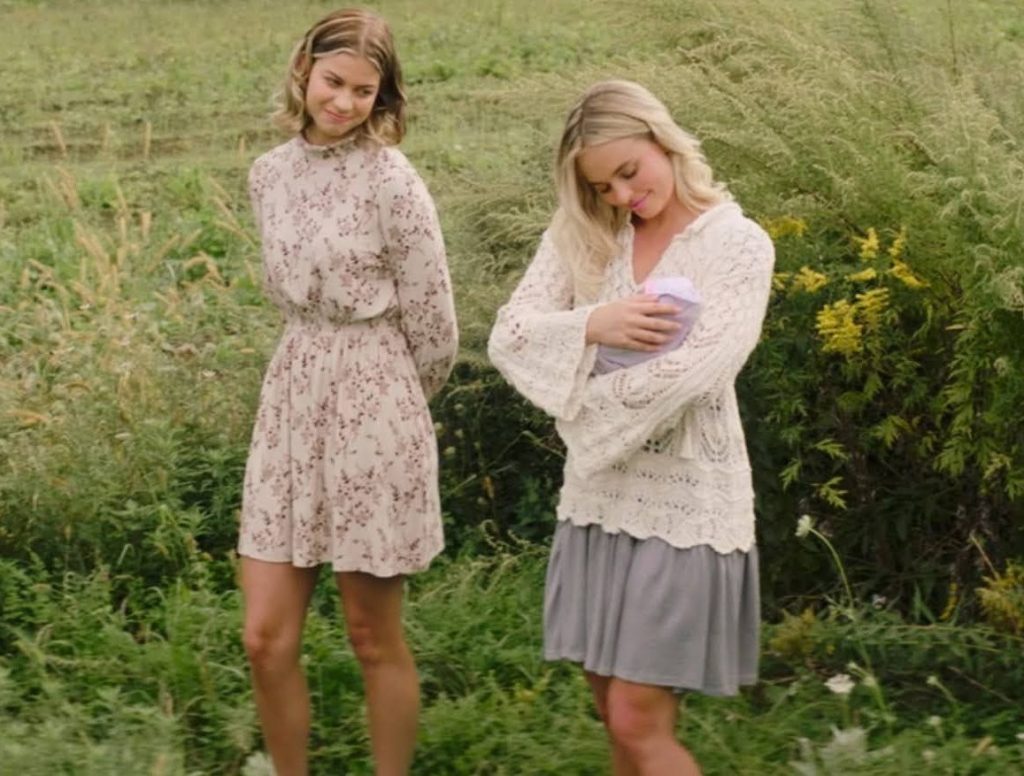 … a daunting duo … definitely not Greek …and the baby being cuddled … 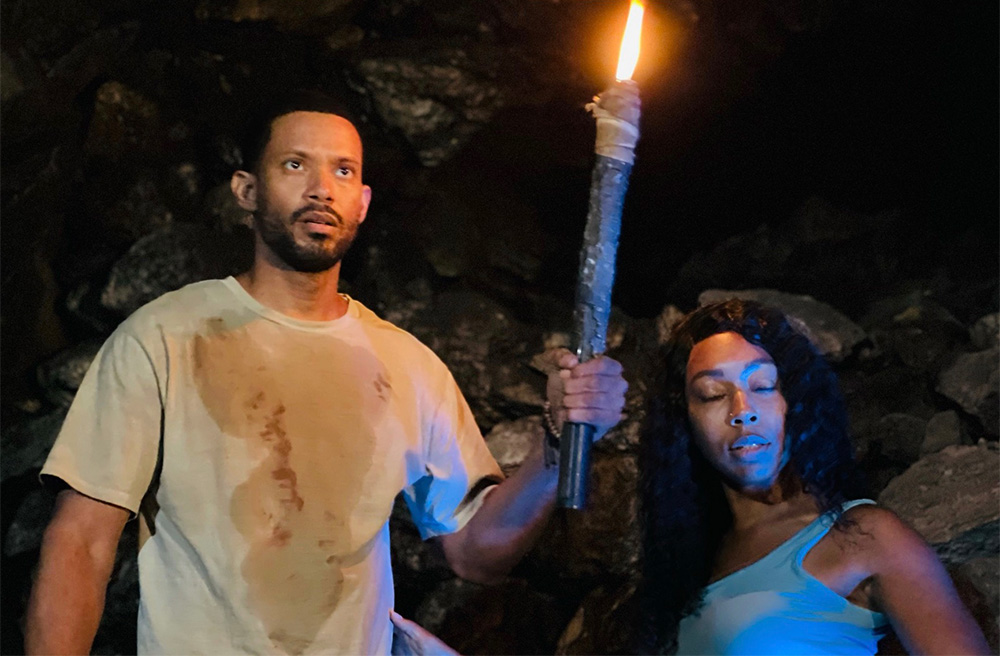 ← Review and Q&A for SEXTORTION, THE HIDDEN PANDEMIC (2022) – Part 3
“It’s Been Nice So Far” – The Second in a Series of News Shorts and Stories With Interviews of Students About The Early Weeks of the 2022 Fall Semester →