After meeting with Theo Kocken, an economics professor and entrepreneur, Terry Jones decided to co-write and co-direct BOOM BUST BOOM along with son, Bill Jones, and Ben Timlett. BOOM BUST BOOM opened Theatrically March 11 in New York at Village East Cinema and was released on iTunes & On Demand March 15.

BOOM BUST BOOM is an innovative documentary telling a powerful story using puppetry, songs with brilliant puns and illustration to explain the “Achilles’ heel of capitalism” and the mistakes made throughout history that bankers and politicians want us to forget. The documentary, a singeing version of The Muppets, explains in a straightforward manner the 2008 subprime mortgage crisis, the boom bust cycle of the economy and the Minsky Moment as well as other concepts.

Now, don’t be fooled by the puppets and perfectly fitting clips of South Park’s criticism of the economy and the banks. The documentary interviewees include journalists, chief economists, actors and Nobel Prize winners.

WORD editor Gregg Morris, in an interview before the film opened in New York City, asks, “I’ve got to ask you about that, so what was your pitch [to interest prominent journalists, economists and Nobel Prize winners], ‘We want you to be in this movie where we’re going to have cartoons and talking puppets?'”

Bill Jones, co-director, says, “No, we just said, ‘Do you want to meet Terry Jones from Monty Python?’ And they went, ‘Yes.'”

This piece highlights how people, especially world leaders and pundits, over time, forget the dangers of debt. It even goes back to Isacc Newton’s time; “I calculate the movement of stars but not the madness of men”, he’s quoted after losing all his money chasing a stock bubble. BOOM BUST BOOM depicts the combination of speculation with borrowed money to be toxic and how people ought to distinguish between speculation and investing but then again it is in human nature to repeat the mistakes of the past.

Being 16 when the 2008 crash occurred and not being aware of what was going on, I must admit this documentary clarified a lot of concepts. But towards the end, I didn’t see a solution. Caveat lector: There are rumors that another crash is coming soon.

What is left to do? Education has to be changed, the filmmakers insist. The neoclassic teachings of economics should be modified because they are out of date. 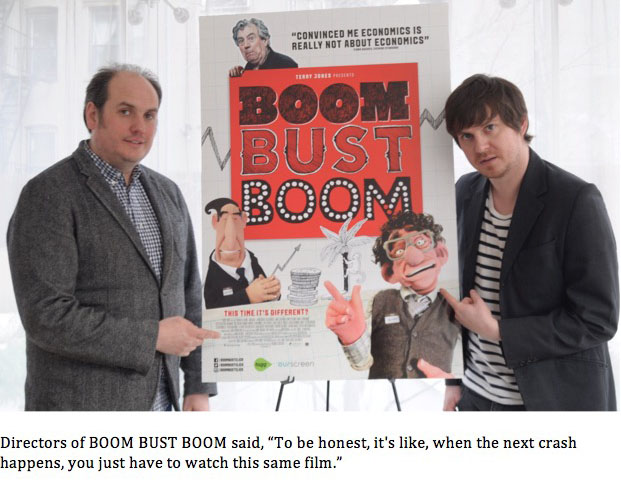 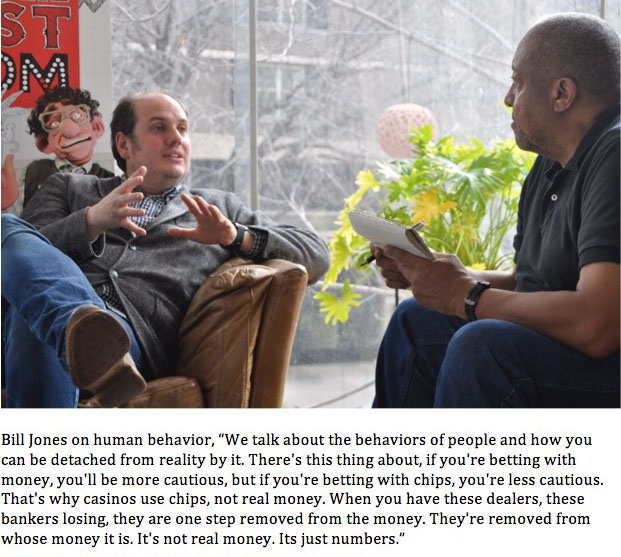 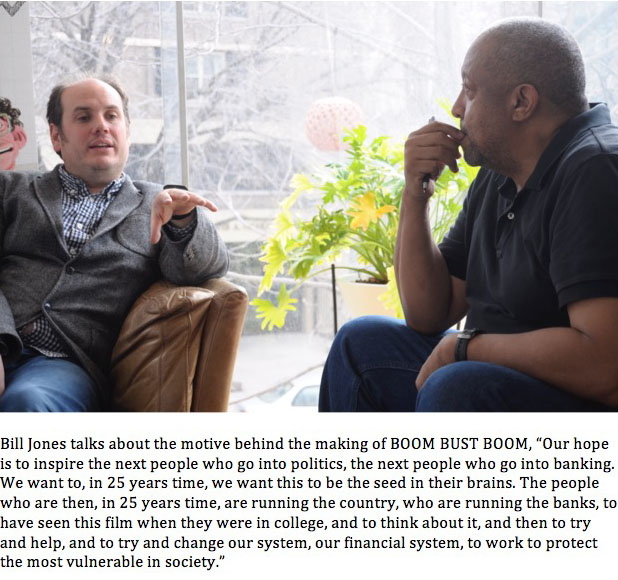 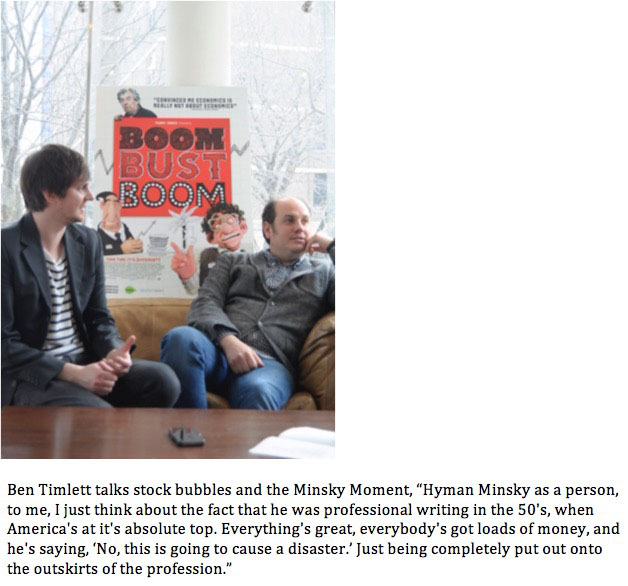 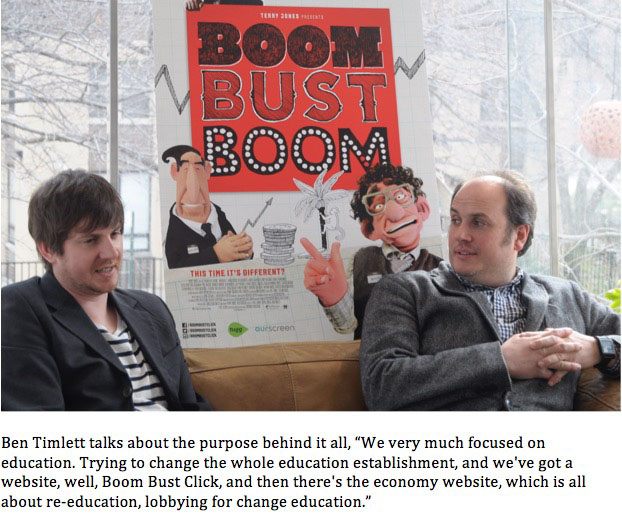 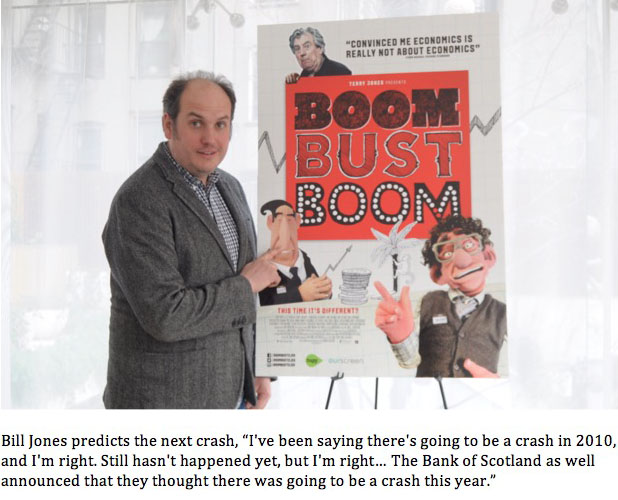 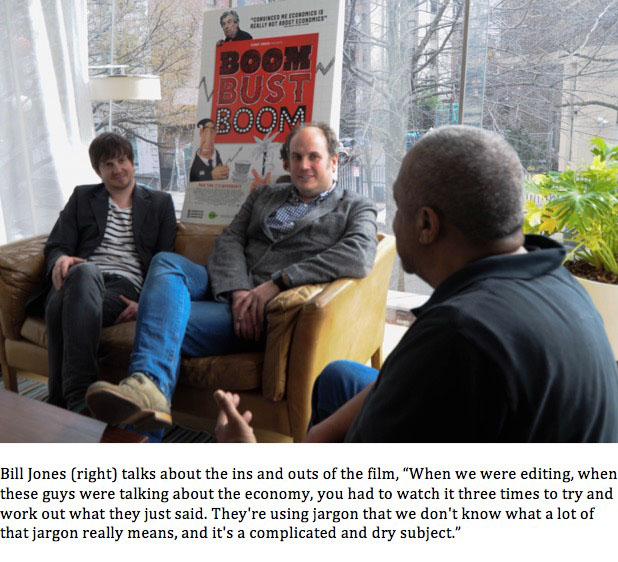 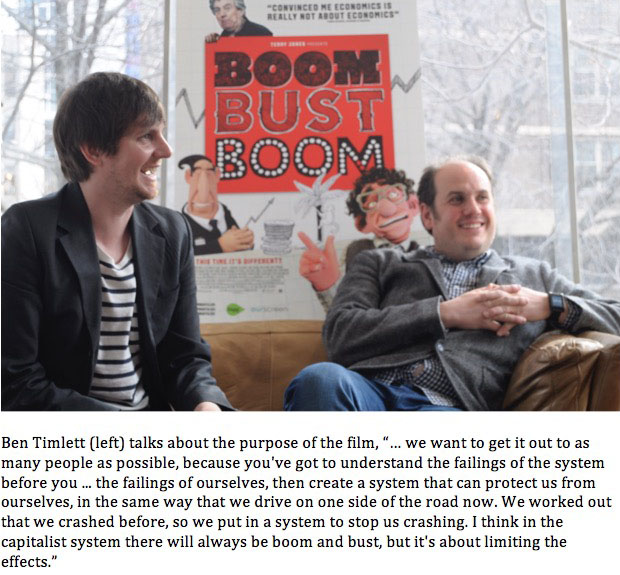