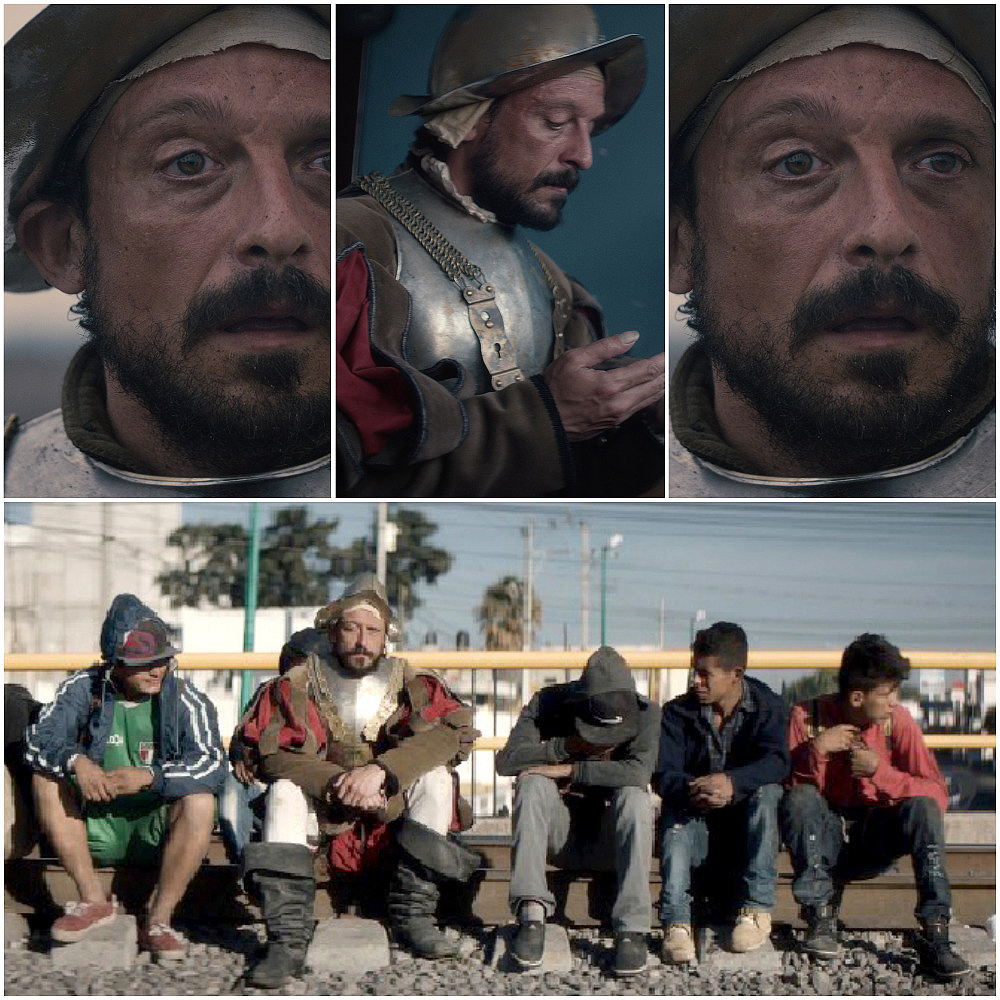 This is the fourth feature film by Mexican-American Director Rodrigo Reyes, and it is a history lesson that should be taught in high schools and colleges across the country.

The scope of the film ranges from the impact on the Spanish Conquest led by Hernando Cortès to the drug wars/trade by mass murdering cartels headed by the likes of El Chapo to the mass murders and killings in the city of Juarez. Winner of the Special Jury Prize at Hot Docs and the Best Cinematography Award at Tribeca, the Unique Docu-Fiction Hybrid by Rodrigo Reyes. 499 opens August 20 at BAM Rose Cinemas in New York City, followed by openings in Los Angeles and San Francisco.

Reflecting on the 500-year anniversary of the Spanish conquest of the Aztec Empire in 2021, Reyes offers a bold hybrid cinema experience exploring the brutal legacy of colonialism in contemporary Mexico. The story telling is through the eyes of a spectral conquistador played by actor Eduardo San Juan Breña. Director Reyes recreates Hernán Cortés’ epic journey from the coasts of Veracruz to the Aztec capital of Tenochtitlan, the site of contemporary Mexico City. As the anachronistic fictional/spectral character interacts with real victims and subjects of Mexico’s failed drug wars, the filmmaker portrays the country’s current humanitarian crisis as part of a vicious and unfinished colonial project, still in motion, nearly five-hundred years later.

499 mixes non-fictional and performative elements with elements of the road movie to show how past traumas continue to affect contemporary reality. While linking these seemingly disparate histories of violence, the film shows why Director Reyes is considered one of the most potent voices in American independent cinema.

Marking the 500th anniversary of the Spanish conquest on August 13, 2021, and preceding the film’s U.S. theatrical release, the filmmaking team has organized a Mexican tour for 499 following Cortés’ original route from Veracruz to present-day Mexico City, taking place from July 31 to August 11. The program will visit towns along the conquistador’s path, hosting special screenings of the film alongside conversations on the history of Mexico and the ongoing social problems that each community has faced in the aftermath of colonization.

About the Director: Rodrigo Reyes is a Mexican-born American director whose films include the documentary Purgatorio and the dramatic narrative Lupe Under the Sun. He has screened in nearly fifty film festivals around the world, including Morelia, BFI London, and MoMA’s Documentary Fortnight, garnering rave reviews in The New York Times, Variety and other media outlets, as well as multiple jury awards.

Named one of the 25 New Faces of Independent Film by Filmmaker Magazine, he has received significant support for his work from the Mexican Film Institute (IMCINE), Sundance Institute, Tribeca Film Institute and more; his work has been featured on America ReFramed and Netflix. He is a recipient of the prestigious Guggenheim Fellowship and the Creative Capital Award.

Ismael Nunez can be reached at ismaelnunez802yahoo.com

← A Damn the Delta Variant, Full Speed Ahead Q & A: With 6:45 Director Craig Singer
Damn the Pandemic, Full Speed Ahead Film Review
THE MEANING OF HITLER – An Inquiry into Decades of Cultural Fascination with the Nazi Leader and the Ramifications of Such a Fascination on Present Day Politics →