Scholars and activists in the feminist movement are gearing up to support the 99 percent – minority women, working class women, migrants and other oppressed groups – according to a February 6, 2017 opinion piece in the Guardian, headlined, Women of America: we’re going on strike. Join us so Trump will see our power.

While fighting for women’s rights and women’s issues, such as reproductive rights, sexual violence and discrimination, the wage gap, this intersectional feminist movement plans to encompasses economic issues and worker’s rights, gay rights and the rights of immigrants and migrants.

Dr. Catherine Raissiguier, Chair of the Women and Gender Studies Department, Hunter, believes issues of gender can’t be discussed without discussing these other issues. Interviewed in her office, Dr. Raissiguier, wearing black slacks, a white button-down shirt, and a gold necklace, said that it was inexcusable not to think about the interconnectedness of these issues. 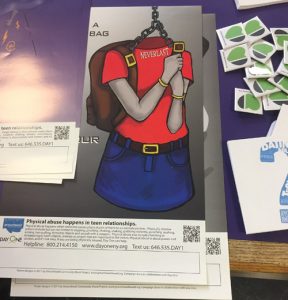 An April tabling event sponsored by the Department of Women and Gender Studies. Picture by Matthew

Women are in the work force, take part in religion, represent half of every race, the list goes on and on. This fact is being recognized by more and more people, which has led to a rise in intersectional feminism.

Now, Patricia Lim, 19, said she believed that it is possible to talk about women’s issues without factoring in other issues cited by Dr. Raissiguier, even though she believed that those issues are connected. The East Rockaway resident, who is a media major at Nassau Community College, said in an email interview that factoring in other issues such as class, religion, and helps to make the issues much more relatable, making the conversation more specific to each individual person.

Based on recent headlines and news coverage of the Women’s March on Washington, the “Day Without Women,” as well as events such as the “knit-in” at Hunter, it appears as there has been an increase in activism for women’s rights. On March 8, International Women’s Day, there also was “A Day Without a Woman,” an one-day strike in when many women took off from work as an action not to participate in the economy by not purchasing any goods.

On womensmarch.com, a description of the strike said that its goal was to remind the world of the contribution women make to the economy “while receiving lower wages and experiencing greater inequities, vulnerability to discrimination, sexual harassment, and job insecurity. We recognize that trans and gender nonconforming people face heightened levels of discrimination, social oppression and political targeting.”

Instead of A Day Without Women event, Hunter organized a panel at its Roosevelt House Public Policy Institute, about women’s rights, gender-based violence and welfare, according to Dr. Raissiguier,

The Women and Gender Studies Department did its annual production of The Vagina Monologues with performances on March 22, March 24 and March 25. According to Dr. Raissiguier, The Vagina Monologues has transformed over time in a way that can lead to a better understanding of women’s issues by addressing intersectionality. For example, as the production has developed, it has come to include segments on transgender rights and defines sexuality more broadly.

The Vagina Monologues, which debuted in the West Village, became a global phenomenon. In the United States alone, the play has been performed every year since its inception, and has been used as a fundraisers that combat gender-based and sexual violence, according to an Higher Ed article. Throughout its history, the play has sparked controversy and debate. In recent years, according to the article, certain colleges have questioned the plays relevance and say that it isn’t inclusive because it lacks a transgender voice. Some go as far as to say that it is “reductionist” or “discriminatory.” 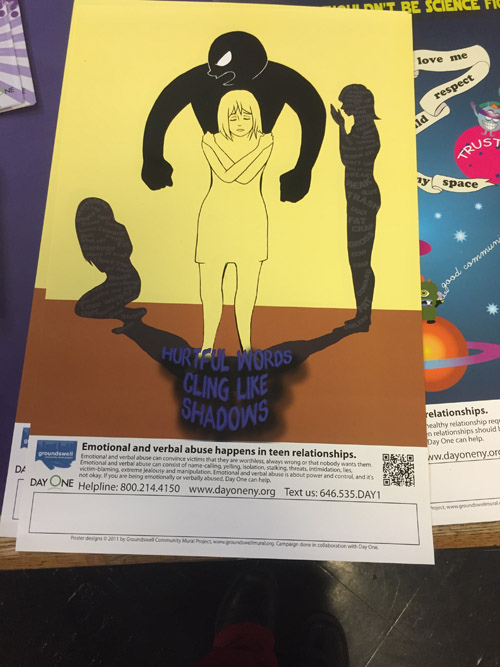 In the same article, Eve Ensler, the playwright who wrote The Vagina Monologues, argued this point, saying that there is an optional monologue based on interviews she conducted with transgender people.

How does this affects students? How might students get involved? Take a women and gender studies class that could help them learn about the intersection of various issues, said Dr. Raissiguier.

Dr. Raissiguier also said that students can also get involved is by interning or volunteering ina women’s group or organization, especially one with intersectionality in its mission statement. This is a great way for students to both learn about the issues and to be a part of creating solutions.

They can get involved through simply having conversations about the issues, said Patricia Lim. According to Lim, these uncomfortable conversations are of value because, while people might not see eye to eye on the issues, these conversations bring about awareness to issues, and help people to understand that there are other views beside their own.

Angela Galan, a 20-year-old Staten Island resident who is a nursing student at the College of Staten Island, said in an email interview that discussion of women’s issues could lead to arguments and debates about sexuality, race, and abortion. Galan said discussions often escalate into debates that escalate into arguments. Galan also said she believed the debates turn into arguments when people can’t accept others’ viewpoints, that people can be overly “sensitive and judgmental.”

Matt Cavanagh can be reached at Matthew.cavanagh32@myhunter.cuny.edu