[Editor’s Note: WORD Reporters Arber Rexha and Malick Young were dispatched to get as much lowdown as they could for a student perspective on the appointment of a new chancellor by asking Queens College student leaders about their knowledge of and experiences with their president, Félix V. Matos Rodriguez, who is to become the newest Chancellor May 1. Rexha interviewed leaders of campus media as well as others with whom he crossed paths on his treks to the Queens Campus. Young was assigned to interview campus political leaders and, of course, others who crossed paths with him. Young’s article is published here.] 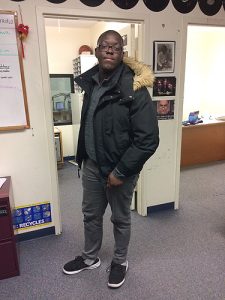 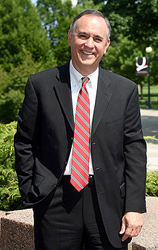 “I’ve met him during orientation. He is very polite and really understanding, and when he’s one-on-one with you, he would take the time to talk to you and get to know you better,” said Theophilus Bassaw-Koomson, President of the campus radio station, WQMC.

How transparent has Matos Rodriguez been with the student body? “With the emails he sends out to the student body, he’s pretty transparent on events he attends and any changes being done to the college,” said Bassaw-Koomson, picture far right. “He gives good general information as a need-to-know basis, but I’m not sure if he’s ever open about any administrative or official business.”

The Queens College Student Association is the elected campus body representing undergraduate and graduate students. Matos Rodriguez often attends SA sponsored events for students, and, said Neil Purohit, a member of the student advocacy group who was interviewed on campus in a SA room, the administration reaches out to the student body through email.

As an example, Purohit, a psychology major, provided this reporter a copy of a March 8 email sent to the Queens student body with a message directly from the President informing students of the decision by the CUNY Board of Trustees that he would be the next CUNY chancellor.

As you are probably aware, the CUNY Board of Trustees has entrusted upon me the responsibility and honor of serving as CUNY’s eighth chancellor starting May 1, 2019 (please click here for the CUNY press release). I am deeply grateful and tremendously excited to lead the nation’s foremost urban public university, particularly at this time when our mission and commitment to excellent public higher education has never been more vital. This is an extraordinary opportunity for anyone who is passionate about the role CUNY plays in the lifeblood of this city–anyone who is deeply committed to opening the doors of educational excellence and economic and social mobility to all the people of New York.

I am proud to come from the faculty ranks of the university I am about to lead. I’ve had the privilege of serving CUNY in three boroughs over nearly two decades. From my early years as an associate professor of Black and Puerto Rican Studies at Hunter College, to the decade I have served as President of Hostos Community College and Queens College, this university has been a source of immeasurable professional growth, personal joy, and my home.

It is not easy for me to share this news with the QC community who has so generously embraced me and my family during the past five years. I thank each and every one of you for your friendship and collegiality. I’m proud of the collective work we have been able to accomplish despite tight fiscal times. Our success has been propelled by a unique kinship of students, faculty, staff, alumni, and community partners who together carry on QC’s legacy of academic excellence, service, and access. I thank CUNY Board Chair, Bill Thompson, for granting my request to allow me to preside at our May 30 Commencement as president.

We will share news about the leadership transition in the college in the weeks ahead after appropriate consultation and reflection. I know I will miss you and our beautiful campus, but I’m comforted by the thought that we will be working together still as I transition to my new role as chancellor of this great university.

I look forward to continue working with you to build a stronger QC and a stronger CUNY for decades to come. Thank you, in advance, for your support.

Two other members of the student advocacy group present when Purohit was interviewed chimed in occasionally with information, though they were not directly interviewed. One said Matos Rodríguez had put the presidential mansion up for sale and that he has rented out college campus space to movie studios to earn revenue for the student body. She also said he likes to eat at Gino’s of Kissena Pizzeria, across the street from the campus. In the course of other chiming, this reporter learned that Matos Rodriguez engages in small talk with students about their classes and majors when he encounters them on campus. 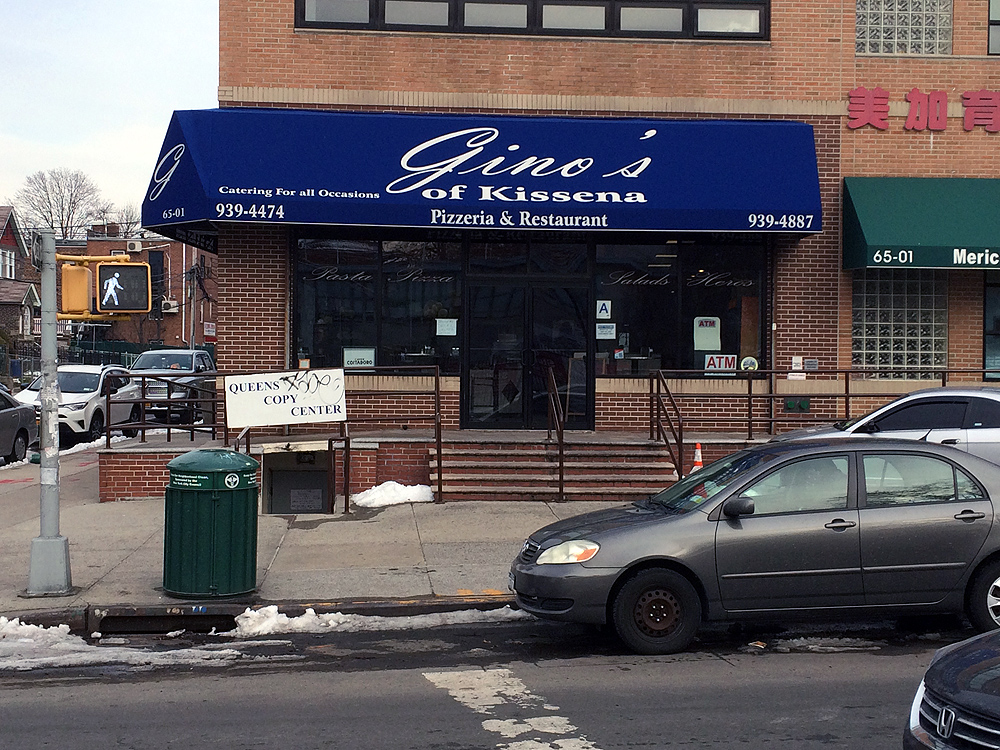 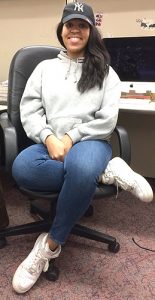 The Knight News is the Queens College student newspaper, and, according to its Facebook page, “Tirelessly pursuing the truth and empowering the Queens College community with the information they need to inspire change.” Editor-in-Chief Vallaire Wallace, picture left, said this about Matos Rodríguez, “I’ve seen him around events and he is very encouraging of diversity and having events that drive that diversity amongst the student body.”

Regarding Matos Rodriguez’s transparency with students, Wallace also said, “He’s relatively open but often puts a positive spin on his information. If you ask, he’ll tell you, but he won’t openly disclose that information as well.”

Wallace said Rodriguez has positively impacted the student body by hiring full-time professors of diverse backgrounds and that students at Queens are having better experiences in their classes because of this change. Wallace also said there was friction between the former Knight News Editor-in-Chief and the administration. This reporter reached out to that former editor who has yet to respond. 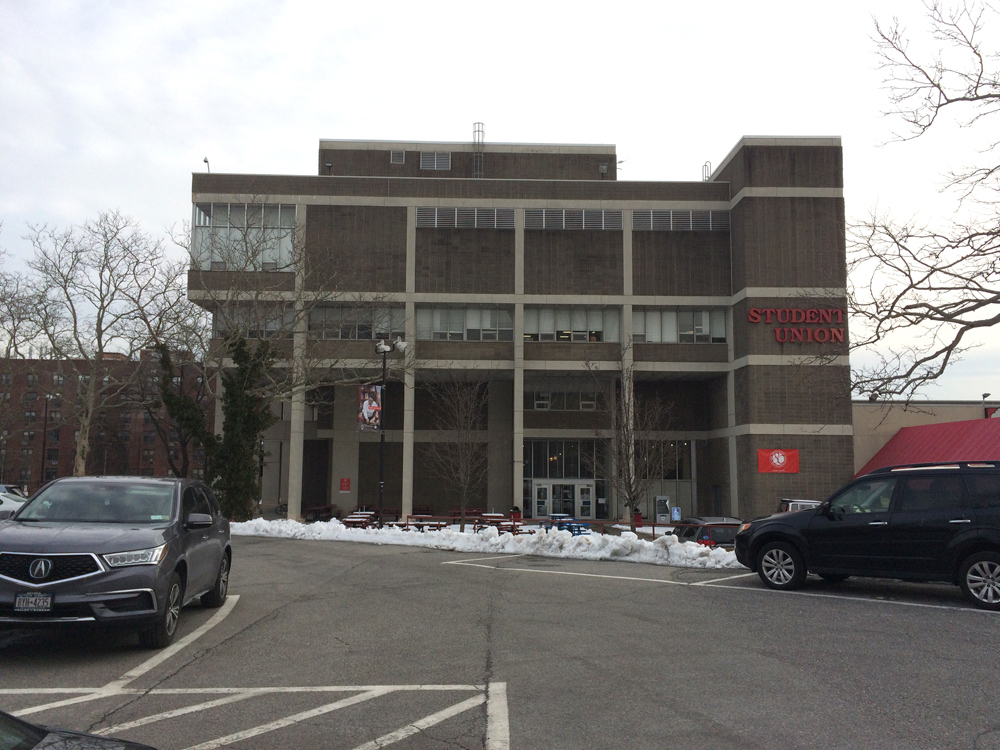 “I think that he’s done some great things for this college,” said Wallace, “but his communication skills need some work. Since he’s going to be chancellor, he can bring a lot of diversity” to CUNY colleges “but he needs to work on his business side because the problems that used to exist here at Queens College is also a problem in CUNY, so he needs to buckle down and get his hands dirty.”

Wallace said that the communication issues involve reaching out to the head of the departments and those offices in charge of student majors and academic advising and that Rodriguez needs to do more of this. In regards to her reference to CUNY’s problems, she said that she believed that the big issue right now across all campuses is the hiring of adjunct professors.

Grading CUNY: Pride and Problems – Letters to the Editor of the New York Times from the Former Chancellor and Others About the May 28 article.