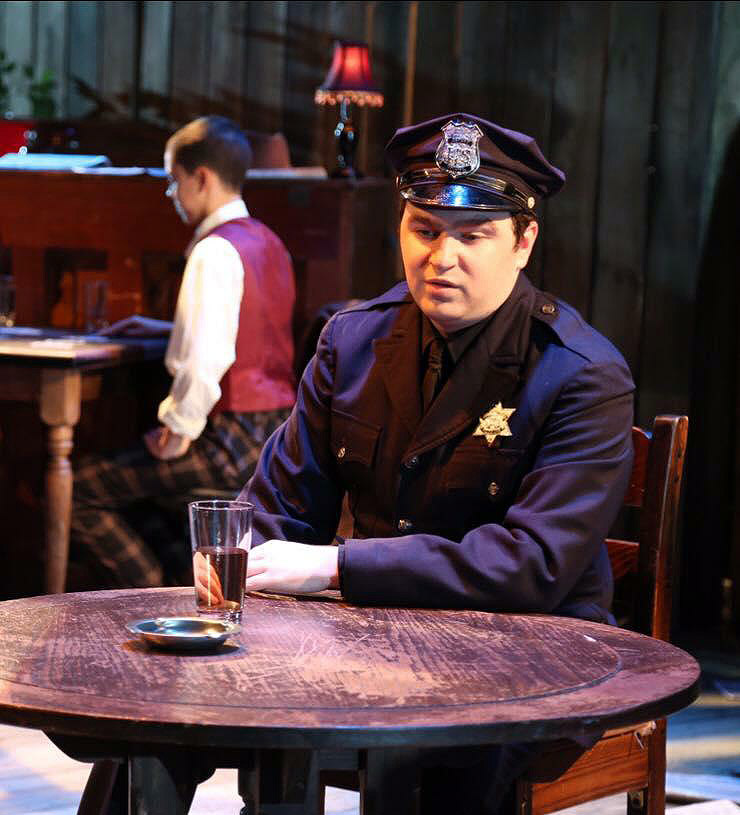 Actor Jacob Scherer portrayed Blick, a villainous cop; Krupp, a side character; and the Drunk, a minor character.

WIliam Saroyan’ play tells the story of a San Francisco waterfront honky tonk around the time America was recovering from the Great Depression and World War II was looming. Its patrons could forget about their loneliness, and, instead, live the time of their lives. It had a small cast of about 15 students but each part was “meaty.” What follows are the recollections of two cast members and a few audience members tracked down by this reporter.

Jacob Scherer, 21, portrayed three characters: Blick, a villainous cop; Krupp, a side character; and the Drunk, a minor character. Scherer, a senior and a theater major, said that Blick’s role was “getting people in the bar to fear me and follow the law.” Blick’s character is a mean-spirited police officer. “The show has little plot. It revolves around the people who come in and out of the bar,” said Scherer. 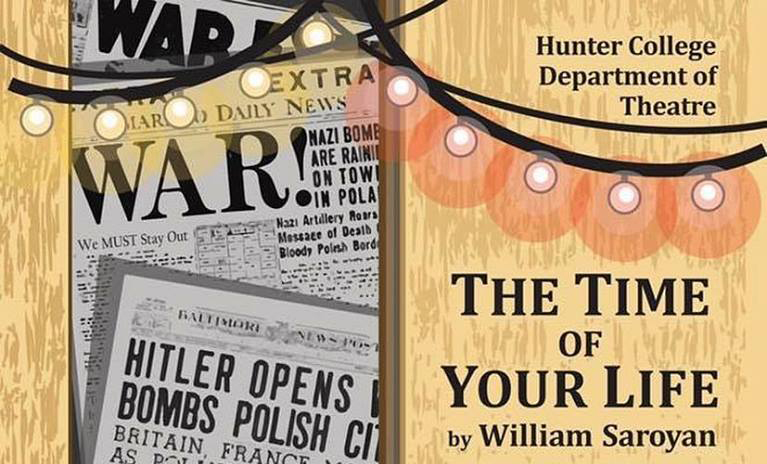 He described the audiences’ reactions to what he felt was the most “unusual” scene for him to play. “The one moment that always got an interesting response was my scene in Act 5 where I interrogate a character, Kitty, and beat up two other characters in the bar,” he said. “I recall one night where as my character is forcing Kitty to do a burlesque dance and say, ‘Start taking them off.’ I heard an audience member say, ‘Oh God.’ It was the most viscerally horrible thing I’ve yet to perform.”

Rehearsals for Time of Your Life, according to Scherer, were “good” overall, but many times actors were sent home early because “the director only wanted to work with a few characters that night.”

Samantha Pichler, 37, portrayed Nick, the bartender. She has an MA in theatre. “Nick is originally written as a man in the original play,” she said, explaining that the gender change changed the dynamic of Rick. “In the original script, by not getting involved with the people in the bar could make him pass as a coward. On the contrary, Nick being a woman, like Ines Braun, the director, chose to cast it, makes the character appear more like a mom to all, who wants to protect them from danger outside.” 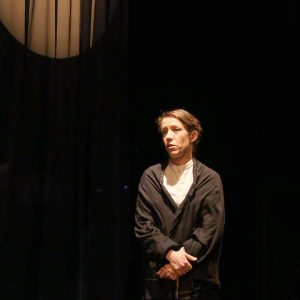 Pichler said audiences reactions can be hard to examine from the stage. “Personally it’s always hard to tell from the inside,” Pichler said in an email interview. “It is never the same performance or the same audience each night. However, talking to some friends after the show, they all remembered the scene where I violently grab the baseball bat out to scare Blick, played by Jacob Scherer.”

Rehearsals began after the cast was selected in late August to early September. Many rehearsals consisted of improvisation activities as well as ensemble work. Pichler said, “Our chairman, Gregory Mosher, said something to me in rehearsals that will always stick.” Pichler had trouble with a particular line in the script. During a break, Mosher asked her what the play was about, and why it was important. He gave her advice on how to deliver her lines and focus more on her character. “I never said my lines the same way after that,” said the Manhattan resident.

Olivia Mittman, 20, who saw the play, was required to attend Time of Your Life because she was taking the course Theater 161 or Acting I, which is an acting/improv class. “We were required to see the play and reflect on it. I also knew one of the actors in the show and was interested in seeing him in action,” she said.

Mittman, an English major who lives in Manhattan said that the show was wonderful, the acting was very good yet she thought the show could have been condensed. “The plot was not always engaging and at times a bit confusing. Perhaps if I had read the play beforehand, and had more contexts I would have understood more,” she said. “ The actors made a slow-moving, lengthily plot come to life. They are incredibly talented.” 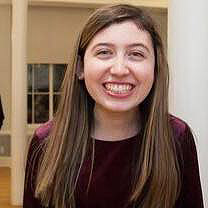 Freshman, Tafari Lorman, 18, was originally uninterested in seeing the play. That was until he saw a presentation on costume design in one of his classes. “I was impressed with how detailed the process was and with how much research she and her team had to go through to get the right fit for both the actors and the period of the setting,” said Lorman, yet to declare a major, in an email interview. Lorman had seen the play on a Friday night during the three-week engagement.

“I don’t usually gravitate towards plays of it’s type, but I can’t say I wasn’t impressed with the work that went into the costume design as well as the set, or that I wasn’t entertained by the acting and the plot,” said the Bronx resident. “I feel that the audience largely enjoyed the show, and that they were as absorbed by the world the actors had created as I was.”

← ProPublica: What We Discovered During a Year of Documenting Hate
Sidebar – What It Takes to Be a Champion →