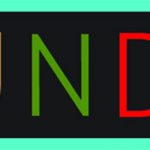 Ninety-six percent of these films had a cast and crew that was made up of more than half of people from these same communities.