Alexis Fowler, 21, said she enrolled in Hunter unsure of what she wanted to study. After taking a few courses, she decided on Urban Studies as a major and Africana and Puerto Rican/Latino Studies as a minor. 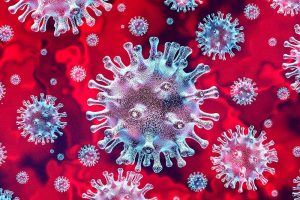 Fowler is interested in learning how various infrastructures affect communities of color. “Being aware of what is occurring in our communities and communities across the world and how we can create change for everyone is important to me,” said Fowler.

She was interviewed several days ago before the recent announcements about New York and New York City planning to reopen as soon as possible. In that interview talking about her life, she said,  “I used to spend 12 to 15 hours outside whether it was for work, classes, or my internship.” She now she spends a lot of her time in her bedroom on Zoom for studies and conference calls. 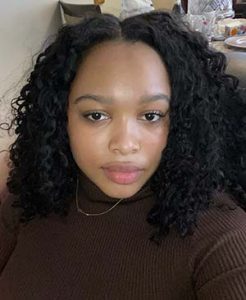 “I always liked going out. I got to spend time with friends, go to work; I felt a great deal of independence,” said Fowler, who is now unemployed.

Ikem Brown, who was interviewed virtually, has worked at a McDonald’s located in Red Hook for over four years. On his break, and in his McDonald’s uniform, Brown said that the most difficult part of working through this pandemic “has been the customers.”

“They will sometimes question some of our new guidelines, and I just have to explain to them that these are the new policies put in place not only to protect them but to protect the staff as well,” he said.

Because he recently received his driver’s license, he drives to and from work. After COVID forced New York City to shut down, subway travel for him had become “a bit overwhelming.”

Fowler, who was interviewed virtually in her room, and who wore a black T-shirt and leggings, made a similar comment. She lives in a primarily residential area in the Bronx, and described her neighborhood as generally quiet, yet, on occasion when she takes the 6 train, she has to be cautious. 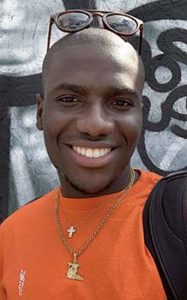 “After months of not taking the 6 train, going back on can feel daunting,” she said. “As a woman traveling in the city, it can be dangerous; we have to remain on guard and alert to avoid any potential danger, and after being at home for months, I (needed) a readjustment period.” Hunter’s main campus is located at the 68th Street and Lexington Avenue IRT stop.

Crime on the City Subways

Brown is scheduled to graduate with a bachelor’s in social work in May. He said that he has more time to prioritize work and classes since the pandemic lay siege to the city. “My internship with the Grand St. Settlement  looks different now. Having to ask clients to join us on ZOOM, an online platform they’ve already spent up to six hours due to school and interact with social welfare workers, has proven to be a difficult task,” said Brown.

Brown described wellness check phone calls and working parents too busy and too tired to take phone calls. Brown, 24, an immigrant from Trinidad who lives in East Flatbush, Brooklyn, decided to go into social work because he wanted to help people connect with their best selves through understanding and empathy. Brown said he led class discussions during our final semester at Hunter’s Silberman School of Social Work.

He said the program was short of what he expected. “It just doesn’t seem like the best education. This pandemic threw these universities a curve ball,” he said. There are news reports that describe the curve balls.

The Coronavirus and Higher Education– Lots of Issues

Brown said he is “ready to be done” with college and excited to graduate. Some of his future plans include opening a daycare center with trained social workers and child care staff. “With many working families being severely affected by this pandemic, it’s clear that safe and consistent child care is a need in many communities,” he said. 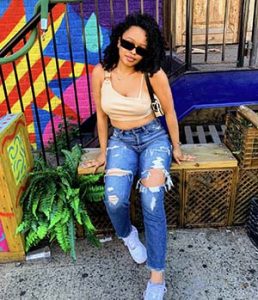 “Why do you think that is?” This writer inquired.

“Everything is in bed now, I don’t have a desk in more room, and it’s hard to focus out on the living room table because someone may be watching TV or on the phone” she said.

Fowler does not feel particularly motivated. “I feel like it’s because my priorities have shifted now; it’s being motivated easier or maybe didn’t have an impact because there was somewhere has to be, or you had a to-do list to complete,” she said. “Now I find motivation is shifting as well. I’m more interested in what I want to do for me, and I think that’s where fulfillment lies.”

Since the pandemic, Fowler has experienced changes. She said she has more confidence and has been treating herself with more self-compassion. Fowler is now more inclined to learn about herself. “There was no time to think intentionally and breathe,” she said. 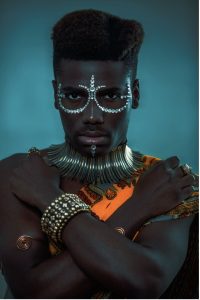 Fowler is still contemplating her future plans but is exploring her passions. “Since we’ve been in self-isolation, I’ve discovered that I have a creative side and I have an interest in fashion and design,” she said. “Before I rarely thought about what makes me happy, and now I just want to make sure I make more space for that in my life.”

Brown has also he discovered that it’s important to let people tell their own stories. “I found that it’s important to have a strong sense of self; People are always trying to tell me who I am,” he said. Fowler has been trying to stay connected with her extended family as well. However, she said that it’s more of a challenge because she doesn’t want to get COVID again and risk spreading it to her family.

“That’s one of the reasons why I was so frustrated when I got COVID. I didn’t want to give it to my mom, brother, or anyone else,” she said. “But at the same time, keeping in contact with my extended family can be challenging since the majority of my time is spent on calls, sometimes I want some time away from my technology.”

Brown said that since the pandemic, his perspective on some of his relationships has shifted. With his family still mourning the loss of his aunt due to cancer, Brown has utilized his friends’ support and has been able to establish another level of trust. “Even when I visited the hospital due to a panic attack, the people in my life were there for me in ways I didn’t expect,” he said.

I recall moments throughout my life when I felt that I wanted to help people, somehow. Social work seemed to connect with me that the most. So, adding a little history, I was searching for more information about Hunter’s bachelor’s of social work program. I attended what I thought was a BSW info session. It wasn’t until the middle of the session that I realized I was actually at an MSW info session. I questioned leaving for a moment, then decided that would be awkward. So I stayed – and left  with a clear goal and vision for my life for the next four years. That feeling of intuition had rarely made an appearance in my life, so I made sure to follow it.

I have lived in Flatbush, Brooklyn for six years. The demographics of the area are mostly Black and Brown people. People who live in this area tend to be from a Caribbean island. I work at a youth center as a counselor and program assistant. I’ve worked for over two years now, servicing ages 7-18 years old. I am also a social work intern at a community center in East New York, servicing ages 12-19.