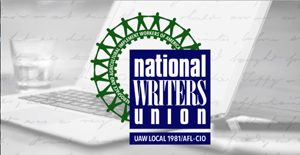 Article by Isabella Hamilton, May 13, 2016
Writers who spend all of their time writing and not self-marketing need a reality check, and they should get it from insider Marcela Landres.

“Writers are by definition outsiders,” said Landres. “The vast majority of speakers have never been in a publishing house.”

The so-called insider and “editorial powerhouse,” who is a freelance editor and a former editor at Simon & Schuster and a bestselling author of the e-book, How Editors Think: The Real Reason They Rejected You, spilled insider tips to would-be authors during a 30-minute panel at the National Writers Union’s Fifth Annual New York Conference, February 13, at NWU Headquarters in Midtown West, 9 a.m. to 6:30 p.m. More than 100 novelists, memoirists, journalists and writers of all genres attended.

Guest speakers covered such topics as:

* Lure new readers using proven techniques from nationally recognized literary trailblazer by Troy Johnson.
* Defend your work by getting detailed information about protecting your copyright from Susan E. Davis, national contract advisor co-chair for the National Writers Union’s Book Division.
* Learn insider tactics for increasing your discoverability from Miral Sattar, Founder & CEO, of Bibliocrunch, the online platform for authors that caught the attention of the BBC, Consumers Report, and Forbes.

Landres peddled a three-part platform that promised to get any and every writer published. But here’s the rub. The platform, which already sets the bar pretty high by insisting that writers win a deluge of awards and contests as well as land one prestigious writer’s retreat or another, includes an even loftier goal: In order to be published, said Landres, the aspiring author must already be published.

“It is best to be published before you get published,” said Landres. “Publishing is about who you know and who knows you.”

According to the editor, a self-described “Queens chick,” the odds of successfully publishing a book increase with the perceived laurels of the author. This, she said, exists because the publishing game is all about how the book will sell and, by extension, about how much money a book will make for the publishing house or company.

“Your mom, boyfriend, or significant other are not enough,” quipped Landres. Both editors and publishers at big publishing houses want to know that “other people whose opinions matter think that you’re a good writer.”

So where should the struggling author turn if his or her work has not been published in the past? Landres suggested submitting short stories and essays to literary journals at a minimum of three times a week, and, “The bigger the lit journal, the better.”

Landres’s three-part platform to getting published has two remaining parts: Win awards and go on retreats. “How many contests do you have to win to be an award-winning author?” Landres asked rhetorically. “One.”

She also suggested that writers apply to Ivy League retreats, such as Yale’s creative writing program or Community of Writers at Squaw Valley. Because an estimated 90 percent of the manuscript pile is composed of authors just writing 100 percent of the time, it is crucial that writers – particularly novice or student writers – not only self-market, but self-market by writing somewhere new rather than “writing at home, which my dog could do,” said Landres.

Panel attendees ventured questions about their personal projects. One man said that he published academic essays. He also published a small creative piece in The Artist’s Catalogue. He asked if this counted as being published already. Landres informed him that, no, he would have to be published in a more prestigious lit journal.

An African-American woman brought up her previously self-published children’s book, The Adventures of Marley Featherhorn, launching Landres on a tangent about the African-American publishing world, referencing the unparalleled success of Terry McMillan, along with the pros and cons of self-publishing and marketing within that genre.

Another woman asked if her book on the commodities of the Tropics, or the French trail of chocolate from the Caribbean to France, would be snapped up. Landres, without offering much advice, implied that the book would have trouble selling.

“Your writing should be so good that all they [the publisher] has to do is slap on a cover,” she said.

She suggested The Writing Critique Group Guide by Becky Levine, and referenced the highly successful Stephen King’s grueling editorial process, which involves shuttling his work through a group of eight trusted friends, peers and colleagues to be torn apart and rewritten all over again before sending in a manuscript to be published.

Landres repeated, “It’s not enough to be a good writer.” Although building a platform “takes one, two, three years of your life before pre-publication,” Landres focused on the attendees’ strengths.

“You may be thinking, ‘I don’t have a platform either!’ Well, now you’re different. Now that you’re informed, you will make a better platform,” said Landres. “You have to be the engine that drives the little train that is your writing career.”