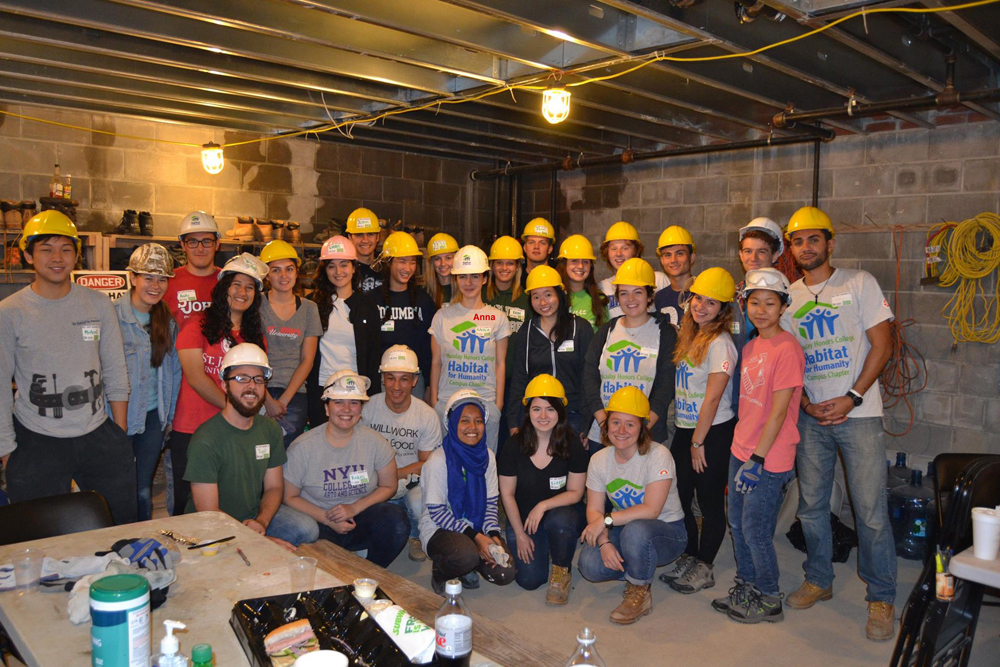 In 2012, Hurricane Sandy swept through eight countries, causing waves of destruction and the aftermath continues reverberating to this day. Hours after the hurricane made landfall, 7.9 million businesses and households across 15 states were without electricity, according to CNN Library Hurricane Sandy Fast Facts.

Now, in the aftermath of hurricanes Harvey, Irma, and Maria, Americans still seek and receive help from local organizations to rebuild their communities. College students around the nation, in partnership with organizations like Habitat for Humanity New York City and the American Red Cross, are providing much needed relief to struggling neighborhoods and families. For 33 years, Habitat for Humanity New York City has served more than 600 families across the five boroughs, with more than 4,000 volunteers engaged each year for the cause, according to statistics on the company’s website.

Anna Gugeshashvili, club president, joined the summer before the start of her first semester at Brooklyn College when she attended a club fair on campus. As she was leaving, she noticed a table promoting the club. “I enjoy building houses and doings things with my hands,” said Gugeshashvili, 20, a pre-med student studying psychology and chemistry. Joining the club seemed a natural fit. When Gugeshashvili was younger, she watched her father fix things around their Brooklyn home; she naturally became interested in all that was hands-on. “If something breaks, my first instinct is to fix it rather than throw it out,” said Gugeshashvili in a phone interview.

As president, she organizes volunteer opportunities that are “useful to the community.” The chapter, said Gugeshashvili, equally focuses its volunteer efforts in three distinct areas: Construction, beautification, and preservation. For construction efforts, the chapter participates in builds to provide affordable housing to local communities. Through a Habitat program known as Brush with Kindness, members participate in beautification projects like painting or planting to help improve public spaces that lack funding. Their efforts are concentrated on preservation, which entails going into damaged buildings and helping with repairs and modifications.

Last year, Gugeshashvili and another member, Neeru Bhagirath, 19, completed one of their first preservation builds as part of the chapter’s ongoing Hurricane Sandy relief efforts. Bhagirath, who is also a pre-med student majoring in biotechnology and minoring in computer science, attends City College and lives on its Harlem campus. She, however, was born and raised upstate in Orange County, and has been volunteering with Habitat for Humanity since the ninth grade. “I really enjoy working with my hands and to work alongside people I don’t get to ordinarily work with,” said Bhagirath in a phone interview.

Along with Gugeshashvili and several other club members, Bhagirath, the club’s event and build coordinator, went to Brooklyn for the first time to work on a Hurricane Sandy cleanup in Coney Island. There, members helped to rebuild the basement of a private home impacted by the storm. The owners of the home worked right alongside them. As Bhagirath drilled ceilings, she recalled speaking to the owners who shared tales of their “life experiences.”

With the start of a new academic year, Gugeshashvili and Bhagirath at the time of their interviews were planning for the club’s annual spring break trip, this time to help local communities in Teller County, Colorado. As they made preparations for their cross-campus events, Rebecca Deng, 20, the publicity officer for the American Red Cross chapter at Hunter, works to provide its members with daily volunteer opportunities. 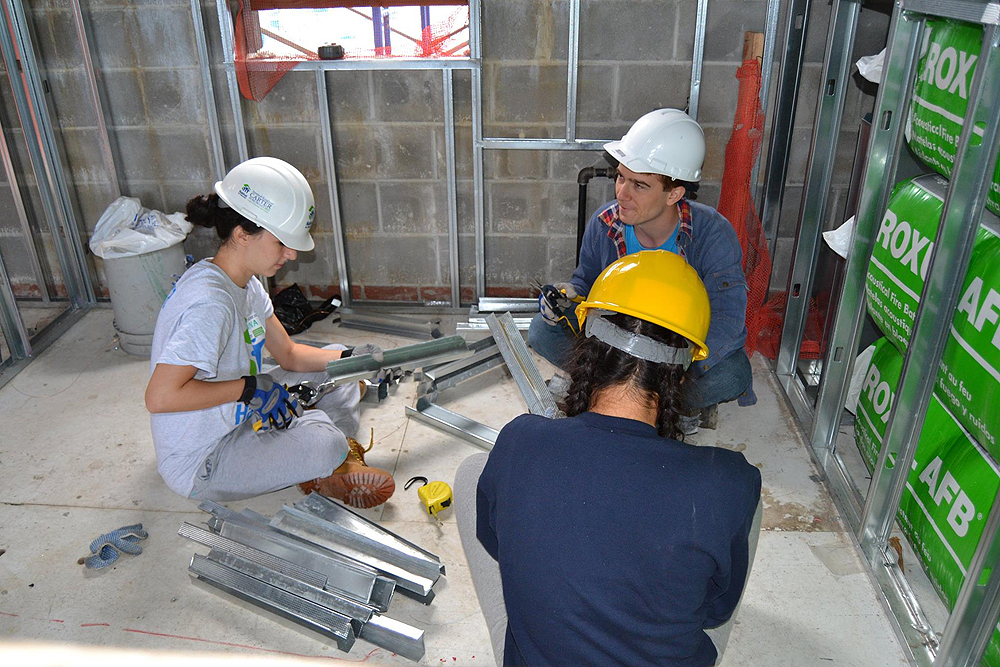 The American Red Cross at Hunter College, founded in 2014, is a college chapter part of the Greater New York Red Cross, which was established in 1881. The college chapter’s mission, according to its official website, is to participate in service projects that will impact local communities and the world. Deng, who majors in biochemistry and minors in music, has been a member of the campus organization for a year, assuming her role as a publicity officer in June. As the organization’s publicity officer, she manages its various social media accounts, coordinates meetings, and arranges new member orientations, she said. In order to accommodate the schedules of its 150 to 250 active members, Deng organizes three to five volunteer opportunities a week. The chapter focuses on non-profit initiatives, oftentimes partnering with humanitarian causes like New York Cares, Manny Cantor Center or Dorot, a non-profit “whose goal is to alleviate social isolation and provide concrete services to older adults,” according to its official website.

Of the dozens of volunteer opportunities available to members, Deng’s favorite remains the Brooklyn fire installations. She and a team of volunteers, sporting the Red Cross’s signature vests, visit homes and educate people about fire safety and check that their fire alarms are installed and active. “Making sure people are safe” is the organization’s top priority, said Deng. After an installation, the families “are really grateful,” she also said.

At the start of his sophomore year, Henry Lin, 18, majoring in economics and Chinese, became the chapter’s Home Fire Preparedness Campaign officer, he said. He spent hundreds of volunteer hours helping to install fire alarms across the city and, as a result of those efforts, was promoted to the leadership role. A typical installation can last anywhere from six to eight hours and, to Lin, every installation is a new experience. “The houses are different, the people are different,” he said. “I like that uniqueness.” Since his freshman year at Hunter, Lin has contributed over 600 volunteer hours to the chapter.

In a recent effort to raise money for victims of hurricanes Harvey, Irma, and Maria, the organization sent an email to its entire mailing list of about 500 people to urge them to donate directly to the American Red Cross to support its relief efforts. With other clubs on campus hosting their own fundraisers for hurricane relief, like Hunter Undergraduate Student Government, the Hunter Red Cross chapter has since shifted its focus back to local non-profit initiatives.

← BREAKING NEWS: Columbia Journalism Review Says CUNY Is Joining Other Public Higher Ed Institutions in “Unprecedented” Attacks on Journalists
The End Is Near, the Beginning Was a Mix Bag →