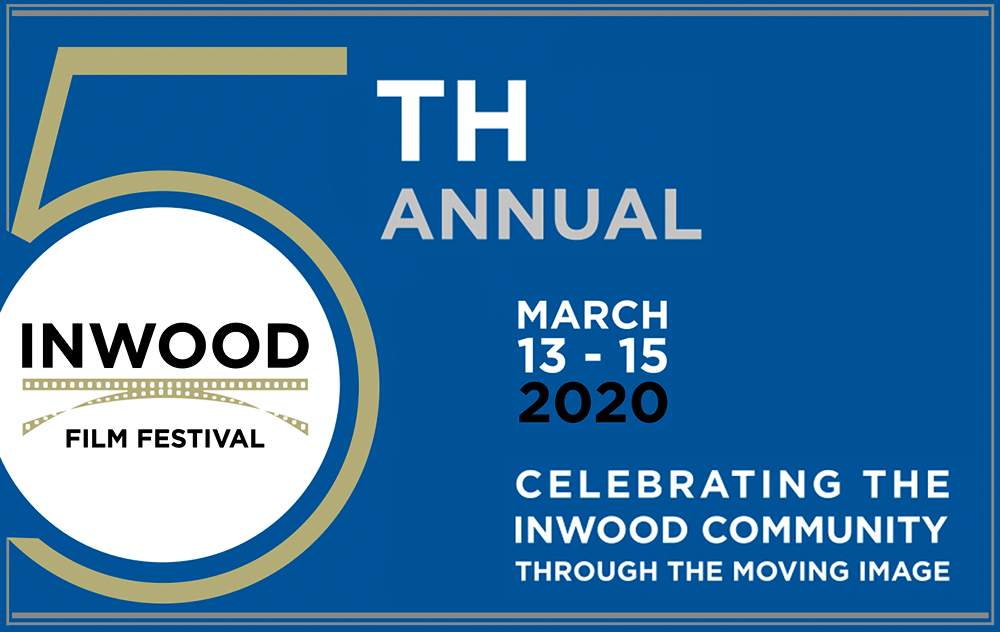 The festival has expanded to 12 programs, including nine screening sessions on Saturday and Sunday, March 14-15, and three special seminars: Stykz Digital Animation for Kids, Sound Design for Documentary Filmmaking, and Filmmaking A to Z. Details of the screenings and all the films are listed below.

Opening Night Benefit is Friday, March 13, at 6.30 p.m. featuring a special presentation of the Past, Present, and Future of the Inwood Film Festival and delicious food and beverages from Indian Road Café, Dyckman Beer Company, and ChocNYC.

Before and after the festival screenings guests can mingle in The Red-Carpet Community Room, a hip hub to connect filmmakers and audiences that is for the exclusive use of all Inwood Film Festival ticketed patrons before and after each screening. Enjoy a glass of wine from Indian Road Café or a Dyckman Beer and come to connect with neighbors before the show, stay afterward to discuss the films, meet like-minded folk, and hob-nob with local movers n’ shakers.

After the last screenings on each day there will be conversation with some of the day’s filmmakers. Following the final post-screening discussion, approximately 8 p.m. on Sunday, join us in the theater for the announcement of the Inwood Film Festival’s awards for Excellence in Filmmaking to be presented by Manhattan Borough President, Gale A. Brewer.

And on both Saturday 10 p.m. & Sunday 9 p.m. Indian Road Café will host the after-parties where you can join filmmakers, film aficionados, and the Inwood Art Works team at Indian Road to raise a glass to our Inwood community and its vibrant arts scene. 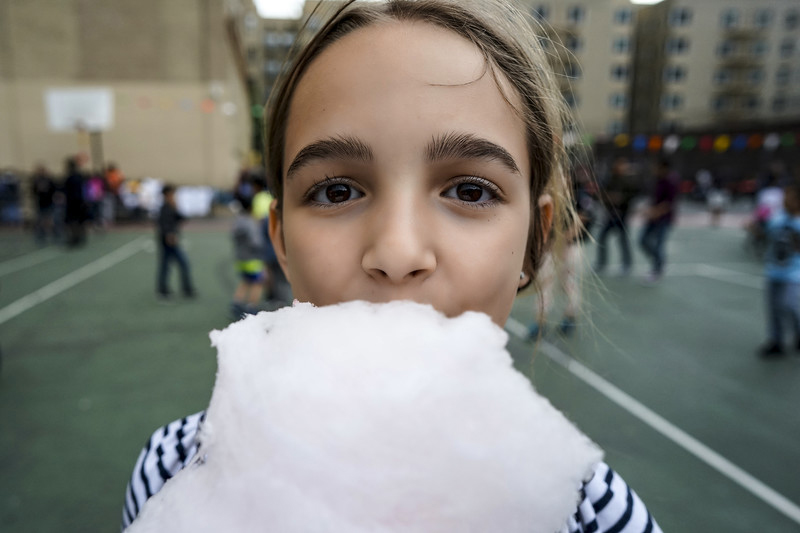 Vivien McNab, 12, a seventh grader in PSIS 187, Washington Heights, is the youngest filmmaker in the festival. More festival hilights below.

Online ticket sales end March 13. There will be a waiting list at the door for each screening, as all shows are expected to sell out. No refunds or exchanges.(*Special discount for local students. Email info@inwoodartworks.nyc for promo code and attach proof of current, valid student ID)

Seminars – tickets for Stykz Digital Animation for Kids ($25) or donations for Sound Design for Documentary Filmmaking and Filmmaking A to Z are also available through our Eventbrite page $25 Lab fee – Laptop provided. Appropriate for 3rd to 6th grade students. Cap of 15 students.Dr. Rurik Nackerud will teach  he basics of animation using open source software suitable for Windows or Macs to create your very own animated video short.

A short documentary exploring the hardships, achievements and courage of Carmen Rojas; a community leader and historical figure of Washington Heights.

An Irish immigrant moves to New York in 1989 to study acting. He works through the grief from the loss of his mother’s passing and of his friend, Philip Seymour Hoffman.

Layers of a Baker, directed by Carla Franchesca

Owning your own business in New York City could be the perfect definition of the ‘American Dream’; but for Marcos, a baker, that dream can show many layers.

What if making art could save your life? For this Peruvian-born New Yorker, painting helps heal physical and emotional trauma.

Community activists defend their neighborhood from a government rezoning that threatens their neighborhood, Inwood, Upper Manhattan, New York City. This short movie shows their last attempts to stop the plan in the last week before the City Council votes.

Traumatized by the brutal murder of her husband in Spanish Harlem, a Korean shopkeeper finds an unexpected ally’s in a young Mexican woman with a secret.

After three thieves succeed in a dangerous heist, their loyalty is tested when gangsters show up to reclaim the loot.

Notary and private investigator, Fran Gil, is hired to investigate a possible death threat. When he learns that his client is found dead, he sets out on a path to find the truth.

Based on a true event. A mother and daughter travel to Rome and get lost for hours in the Palatine Hill ruins.

Vivien McNab, 12, is a seventh grader in PSIS 187, Washington Heights, Upper Manhattan. She has been active for several years in her school’s annual 187 Film Festival. This is her first animated short film.

Documentary showcasing fitness specialist, Nancy Bruning, who promotes exercise classes in city parks for people who want to have a healthy lifestyle in New York City without going to the gym.

The Replacement, directed by Michael Pizzano

While fending off the office bully, a business exec must help the front desk face his possible firing and replacement.

The Replacement TRAILER from Michael Pizzano on Vimeo.

When a young woman’s obsessive behavior for wearing makeup turns ugly. Showing a different perspective of what we don’t see behind doors.

A La Mode – Official Trailer from Stargo Films on Vimeo.

Deeper meaning is the thing everyone seems to be looking for after heartbreak. What if you got the answer to all of the “whys” would it matter? Nevertheless is story of WHY and what happens after.

A couple navigates what it means to hang out.

The First Time I Saw You, directed by Dylan Scott Tuccillo

A young man sees a woman shoplifting and decides to follow her. Hours later he’s obsessed, following the woman everywhere she goes. As days turn into weeks, he learns everything about her, and his life will never be the same. But she has a secret that even he doesn’t know about. The film pays homage to the silent film era in that it contains no dialogue.

A young couple’s personal quest to have a child becomes a provocative, yet utterly dramatic, exploration of some of the most challenging issues facing humanity today.

When food critic Brian visits Cultivate, the hottest new restaurant in town, he’s challenged by the establishment’s quirky waiter before chowing down.

https://nourishingjapan.com/nj-teamReturning from his latest tour of duty, a guilt-ridden soldier battles his inner demons while trying to find peace in his civilian life.

Embark on a delicious journey from farmer’s field to school classroom that celebrates how one country has reimagined school lunch and food education. At the heart of Japan’s 2005 Food Education Law are the incredible people whose daily work nourishes the next generation’s relationship to food, the earth, and one another.

Without a Scratch (Student Film), directed by Samantha Farinella

Without a Scratch is an experimental short documentary that takes the viewer on the journey of the queer filmmaker’s experience with a pituitary tumor, exploring the interconnectedness and complexity of healing, memory and love.

Bennett is an unpaid intern. He hates it, but his boss keeps promising him a promotion. The stress of the job keeps mounting and the promotion keeps getting delayed. To deal with it all, Bennett starts meditating, but when the voice of his Meditation App starts talking directly to him, Bennett realizes peace might take more than just some deep breaths.

Not So Hilarious Anymore, directed by Adam Karsten

When Eliza catches Todd watching old Louis CK clips in the middle of the night, the couple reckon with their feelings about a man they once admired and wonder, among other things, in the age of Hannah Gadsby, how a man who was so tuned in before can be so tone deaf now, before ultimately saying goodbye.

Desperate to increase attendance in her unconventional grief support group, Dr. Dee Dee Daniels admits the distraught Lizzie Marks who disrupts the counseling group when everyone discovers she’s in the wrong meeting. Shot on location in Inwood, this is a sweet tale of quirky characters who learn to accept each other and offer some relief from their devastating losses.

The new way to shave.

Facilitated by Samantha Farinella with established filmmakers Erin Greenwell and Megan Rossman. Pay-what-you-can.Are you interested in creating a film and it’s your first time? Have you already made a film but are looking for ways to make the process more streamlined? Here is what you need to know.

Sometimes Why | Feature Film | Sunday, 6:35 p.m. 59 minutes, plus a special post-screening conversation with filmmakers. Directed by Dileepan Ganesan. The story of two dreamers, brought together by chance, who navigate the trials and tribulations of life and love in NYC.