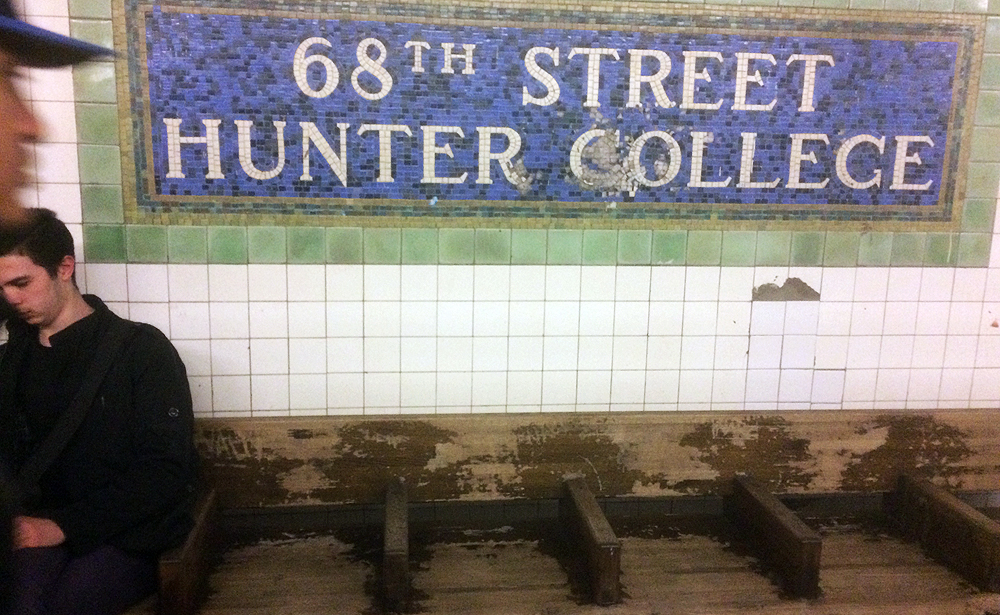 Fox News terminated political commentator Bill O’ Reilly April 19, 2017, after an almost 21-year tenure following a New York Times article reporting that 5 out of the 7 women who accused him for sexual harassment were receiving payouts totaling about $13 million for not pursuing lawsuits or speaking out against him.

The April 1 article, headlined, Bill O’ Reilly thrives at Fox News Even as Harassment Settlements Add Up, reported that 21st Century Fox stood by him despite accusations that he sexually harassed women on the job. According to the article, the women who made the allegations were either working for him or have been involved in his show. Harassment include unwanted advances, prurient comments and verbal abuse.

The news added more attention to an ongoing problem in this country: Sexual harassment of women in the work place. This reporter interviewed Hunter students of the campus LGBT Community and asked what they thought about the news coverage of Bill O’ Reilly.

Daniel Joseph, 20, of Queens, a trans man who told this reporter to use He/Him pronouns in reference to him, said he didn’t know much about Bill O’Reilly. Asked what he did know in general, Joseph, wearing blue jeans, black Nike shoes, black sweater and glasses during an interview on the seventh floor at Hunter West, replied, “He is some white conservative.”

Joseph said he didn’t watch Fox News because it was too “Republican” for him, meaning it was too politically right leaning. “I am a liberal and a lot of what they say are against my views,” Joseph said. An article on Politco.com, headlined Pew Study: Fox News was No 1. Source-for Trump Voter,  reported that Fox News slanted its news show to favor Republicans. The article reported that a Pew Research Center study that found 40 percent of Americans who voted for Trump said they relied on Fox News as their source of news coverage.

Asked about his views on sexual harassment, Joseph said that because Reilly was at the top of the hierarchy in the company, it was easier for the problem of his sexual harassment to be ignored. Stephen Mnere, 21, of Forest Hills, said he knew of Bill O’ Reilly getting fired. Mnere, who wore a light blue button up, khaki pants, and chucks during an interview at the Queer Student Union on the third floor of Thomas Hunter Hall said, “I heard about it through various news sources” which included the Huffington Post, Telemundo and Univision.” 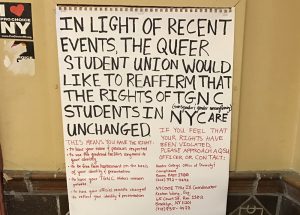 Mnere said O’Reilly should have been fired a long time ago. Asked how he felt about the situation, Mnere said the situation had been pushed under the rug because of O’Reilly’s status in the company. In addition, he said that nationally sexual harassment cases were almost going unreported because victims were put in a position of conflict of interest. “Many victims have to either make a choice of getting paid or risk getting fired,” he said.

Cassian Neal, 21, of Queens, a gender nonconforming student, who told this reporter to use They/Them instead of he said/she said, knew of O’Reilly getting fired at Fox News but didn’t really know much about him. “I know he is getting a huge settlement,” Neal said. Asked about sexual harassment during an interview at the QSU room at Thomas Hunter Hall Third Floor, Neal that the issue that isn’t taken seriously.

“Take for example Casey Affleck that won an Oscar but has so many allegations against him,” said Neal.

In an article published by Time magazine, headlined, What to Know About the Casey Affleck Oscar Controversy, Affleck had won dozen awards despite objections from various actors, activist, and commenters. Two women accused and sued Affleck for sexual harassment. That sends a message that rich sexual harassers can buy their way out of criminal and civil trouble, Casey said. Neal also said that it’s an issue that is almost always thrown under the rug.

Based on the interviews conducted for this article and this reporter’s understanding of the LGBT community at Hunter, yet keeping in mind that the College has an undergraduate student enrollment of 16,550, it’s safe to say that, despite no official statistical survey,  the LGBT community at this campus is aware of Bill O’Reilly.

However, it isn’t particularly interested in the news coverage about the scandal. It is more concern about the bigger picture regarding the prevalent tolerance of sexual harassment.