NO MORE WINGS won TFF’s 2020 Best Narrative Short. The interview was conducted by FaceTime a few days before the announcement. Adeyemi’s film is 10 minutes of sublime filmmaking, a sumptuous feast for audiences’ eyes and ears and souls, especially in these crazy pandemic times. If there was an Academy Awards Category for Best Narrative Short NO MORE WINGS would be a top contender. Seeing it once will not be enough! 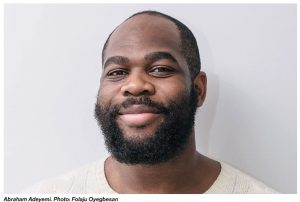 Really Brief Bio: Director/Writer Adeyemi is a screenwriter and playright who was getting recognition before he made this film, his first.

Text edited for style. Interview via Facetime. The reviewer-writer’s comments and questions, paraphrased or not, are in italics.

I always had this story [in mind], that I’d always thought was really good. And I didn’t have a script, but I just always thought to myself, if I write a story about these two people, who, growing up in the exact same way, but their lives have turned out very differently, what would that look like. If they’re meeting, where would they meet up? What’s the one thing that keeps them together? And it’s this chicken shop.

In 2019, the south London-based screenwriter and playwright’s script was one of two selected by a panel of judges as a finalist for the second annual Soho House Script House competition – a global initiative for members to strengthen their skills as screenwriters and filmmakers, in partnership with IWC Schaffhausen. With funding from Script House and mentorship from members of the judging panel, Adeyemi — who first joined Soho House through the Soho Impact Open House program — turned his script into a short film, which premiered during the BFI London Film Festival, before screening it opened at Soho Houses around the world. Those reading this article, can click here for the source of that information.

And bear in mind, before this film, I have never directed and I never … I always said I was never was going to direct. And so I’ve not gone to film school. I had, at that point, had never picked up a book about directing. I’d never shown an interest in it. And so between mid-May, when I found out I won and when we shot 10 weeks later, I had to essentially have a crash course, which … not a real course, but it was me buying and reading books, it was me talking to friends who are directors and just sponging up all the wisdom and knowledge they could give me. It was spending a day shadowing Sam Mendes.*

And so over that 10-week period, I learned, to the best of my capabilities, how to direct. I, of course, had great support in my producer and others, and we casted over that period as well, with the casting. Parys Jordan who plays the adult version of Jude, he was from the very first draft of that script, I always knew that that was who I wanted to play that character. All the rest, I had no idea. 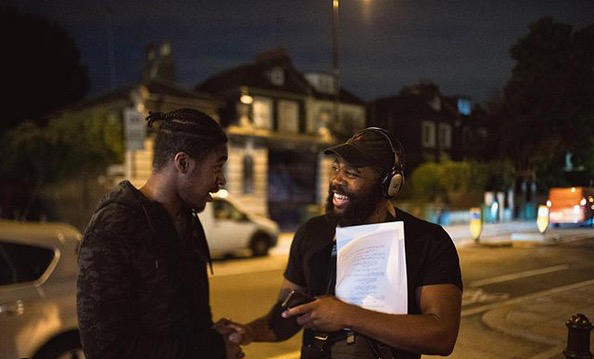 Parys [down-on-his-luck Jude] is an actor who, I worked with maybe two or three years ago. He was in a play of mine. And I just thought he was brilliant and always felt that way about him. And when I think an actor’s brilliant, I always just keep them in my brain as someone who I’d want to work with, should that point come up, and I’d worked on a few things since that time. But there was just never that thing where I felt like Parys was perfect for it. And when I was writing that first draft I was like, nobody can play this character … it has to be him. And, thankfully, he was available.

And the editing process was it a bit … I couldn’t tell you how long the editing and post-production was because it’s a short film with … I mean, I want to say a small budget, but we had quite a generous budget. But either way, you’re still in some shape or form relying on favors.

Whereas you might have typically had a one-week period where you get everything done, it was spread out. So I had [inaudible 00:03:32] three days with my editor, but they weren’t all consecutive days. I had an evening with the sound people, I had an afternoon with the … not the cinematographer, the colorist, the person who did the grading.

So, I think as a bigger picture, I started writing it in February or March, and then the final script, or the final version of the film was complete on the September the 18th, that was when we gave it to [inaudible 00:04:03] House and said, all right, this is the completed film. I think that was the day, September, sometime. 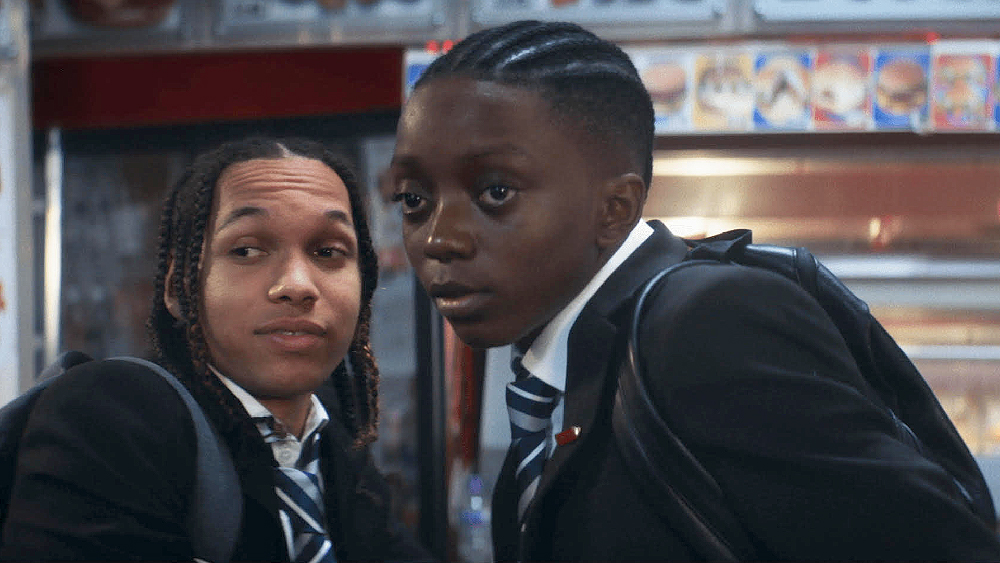 Yeah, sure thing. So, the two young actors; so every actor, actually, bar Parys, was found by the casting director we went with, who’s name is Heather Basten, and honestly, Heather just works magic. She got me a bunch of… I gave her the profile of the kind of person I was looking for, we had Parys as a reference to cast the younger actor. And I also had my idea of what I wanted my older actor to look like, as well.

And so with the older Isaac [played by Ivanno Jeremiah], we started with him first before we got into the young one, because it’s like, all right, let’s find the old one, because once you find the old one, we can then know what we’re looking for the younger one to look like. But actually, a rule that I made very early on was that the performance and the ability was more important on the looks.

And we actually got very lucky because the young actors were brilliant, and they looked like the people who they were meant to be playing. But that was just, yeah, we were very lucky. And those two young boys are absolutely brilliant. Joshua, who played young Isaac, is actually, he’s done a lot of theater work, and he was a child actor in the Lion King musical in London, but now … this was his first screen role. So, absolute props to him for having such a brilliant debut, in my opinion.

And equally with Tyrus as well, Tyrus is great, Tyrus has done a few short films, but to my best knowledge, I’m not sure he’d ever gotten a main role. And when I spoke to Heather, Heather sent me the tape for him, and she was like, yeah, I think Tyrus is really good, and I put him forward for a lot of things, and it just, for whatever reason, he’s not been picked. But she told me that she consistently puts him forward because she knows there’s something there. And when I saw it, I was impressed with the video, and with the… self-tape, sorry. And equally he did his job, both in rehearsals and on set.

Look, they’re all brilliant, and the chemistry was amazing, I couldn’t believe how it came together. With the young boys, we made two half-day rehearsals. So we had the rehearsal on a Thursday, and on the Thursday rehearsal, it was actually, they were quite tame. I was worried it might … in my mind I was like, oh god, these boys are quite tame, and they don’t know each other, is there enough time for them to get the chemistry and understand each other. And then we had a rehearsal two days later, and they were just on fire. They’d taken all the notes I’d given them.

Actually, when it came to being on set again, a day later, because this is all in the space of four days, we went from rehearsals to shooting. The first rehearsal was on a Thursday, we had the second one on a Saturday, and on Sunday was the first night of our shoot. So, yeah, they really were amazing and incredible, and I’m so proud of them, and I look forward to seeing how their futures turn out and hopefully being a part of it as well. 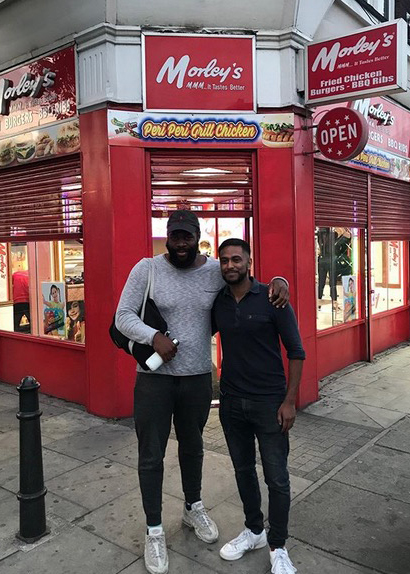