“Commuting is like a chronic stressor. Every day is another stress – messed up trains, the dirty rat-infested train tracks, smelly homeless people, people always begging, crowded platforms with hardly any space to walk.” 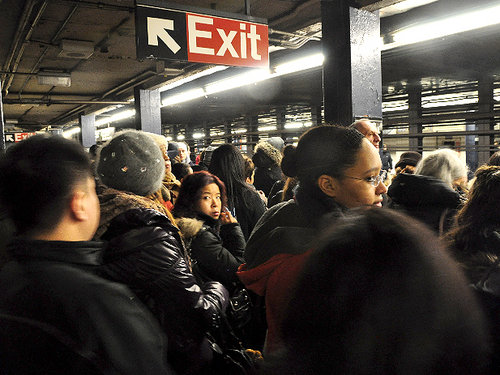 So said Ruth Guiness, a Queens resident who commutes on the E from Jamaica Avenue. “There are always a lot of people on the ‘Ave,’ especially guys walking with their drawers exposed or smoking,” said 22-year-old Guiness. “It’s such a turn off, one of the most frustrating things about commuting, especially when they try to hit on you.”

The multitude of college students who can’t dorm nor live close to campus commute via mass transmit. “Commuting by bus and train can be hectic,” said Anthony Roberts, 18, “but since it’s my only option, I try to deal with it as best I can. When I’m on the train I just put in my music and mainly ignore everything going on around me but I get annoyed not only by train delays but when the train is packed and people have no respect in putting all their body parts in your face and rubbing up against you.”

Blemur, who hails from Brownsville, which she described as a “dangerous area, where a lot of people get robbed over there,” said she hated people who bump into her. “People on the trains are so rude, they bump into you and don’t say excuse me or sorry,” said Blemur. “Sometimes I just want to curse them out.”

Train delays are a big issue for straphanging students. “Once, I left home in perfect time to get to class for an exam but the 6 train was delayed and I got to class half way through the exam,” said 23-year-old Brooklyn resident Jodine Jackson. “I was so upset.” 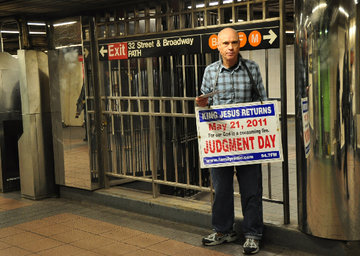 Blemur shared a similar experience. “One of my worst commuting was a delay so bad that it caused me to be over 30 minutes late, when I had left my house about 20 minutes early than I usually do,” said Blemur. “I was livid, thinking about the sleep I missed out on and the fact that I was late.”

“On a good day, it takes about an hour to get to school, but usually it’s about an hour and 15 to 30 minutes,” said Guiness. “The waiting between transfers and train traffic is what makes the difference.” She also said, “The train always keeps me on my toes when it comes to timing. If I oversleep for five minutes, I have to worry whether I’ll make it or not. It really bothers me.”

“The delays are terrible,” Blemur, a media studies major, said. “They make you late for class and the professor don’t care, even if they are ever late themselves. It pisses me off.”

Leidy Ramos, 21, offered another perspective. “it’s time of day that usually determines train delays. “The train I normally get on is pretty efficient. However, the select busses are barely on time.”

“My commuting experience overall is not so bad but not great either,” said Ramos, who commutes 40 minutes to campus via walking, bus and train, and was sporting a basic tee, jeans and sneakers when interviewed on the Hunter West sixth-floor lounge. “I have few bad commuting experience, one of my worst experience being having to wait to take the train uptown to the last stop in order to head downtown.”

Guiness, a chemistry major, and Jackson and Ramos, psychology majors, spend more than a $100 a month on commuting, they said. “I buy the monthly metro card,” said Guiness. “It use to cost like $89 and now it’s $104. I might have to stop buying it because I can’t keep up with all the increases, and I’m not sure if it’s worth it.”

“When I’m planning my schedule, I sometimes try to get as many days off as possible because commuting is getting increasingly expensive and a day off is money saved in my pocket,” said Blemur, who was stylish in her a yellow striped blouse, black vest, and white skinny jeans ensemble when interviewed on the fifth floor of Hunter North.
Nevertheless, the expense and the nuisances sometimes porvide entertainment. “I always see performers when I am taking the train,” said Jackson, who was wearing jean shorts, a tank top and sandals when she was interviewed on the tenth floor of Hunter North. “I often enjoy the singing and dancing I get to see when I’m commuting,” said Ramos, who commutes from Fordham Road in the Bronx. “The performers I usually see are really talented.”

“I once saw a guy do a trick flip on the pole in the train without hitting anyone,” said Blemur. I was amazed. Seconding this notion, Roberts said, “I think they are really skilled to be throwing stunts in a moving train. I always try to give them some change when I have any.”

“From time to time you see something truly fascinating on the train,” said Guiness who was clad in a blue tank, grey cardigan and blue jeans at the time of the interview on the eighth floor balcony. “I once witness a guy doing spoken word and was refreshing; he was quite eloquent, expressive and appeared to be rather intelligent. I couldn’t help but be compelled to offer him a dollar.”

Aside from these performers, the odd things often witnessed on the train, also bring about entertainment. “I see a lot of crazy people taking to themselves on the train and I can’t help but to laugh and shake my head,” said Roberts, who was dressed in a grey tee, grey jeans and green and white Converse shoes when interviewed while lunching at the Hunter Deli on Lexington Avenue.

“I’ve seen someone snort what seemed to be cocaine using a twenty-dollar bill and I have also seen someone smoking through the car doors,” said Guiness. “Seeing all that I have in my travels, almost nothing comes [as a] surprise to me anymore.” 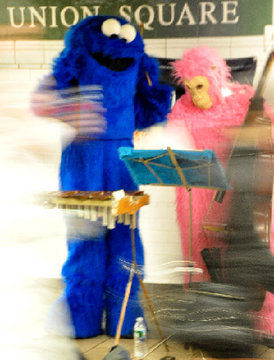