The New York Times said in a recent review, “In ‘The Dark,’ a Traumatized Teenager Becomes a Zombie.” Hogwash! See this great movie and decided for yourself. It’s so conceptually powerful and imaginative that it deserves its own movie genre slot. 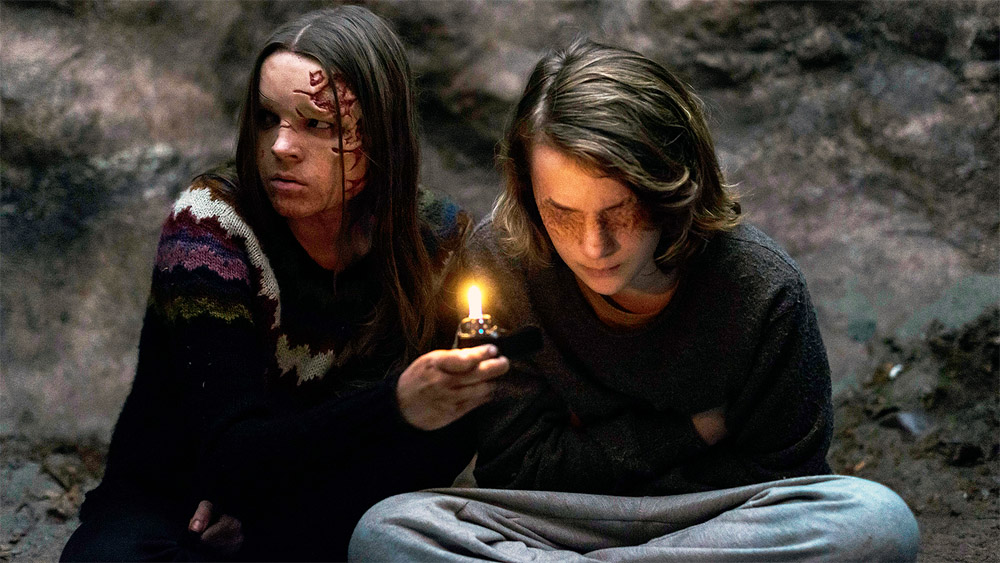 The challenge for this reviewer, hubris in check, who believes he has divined facets of THE DARK overlooked and misunderstood by other reviewers, is not to load up his review with spoilers, other than say that, perhaps, readers might consider ignoring references to undead or zombie. THE DARK, instead, is a fairy tale wrapped inside a boldacious horror movie. It is, on one level, a hideous-thing-that-goes-bump-in-the-night thriller of uncanny panache and, on another level, a fairy tale with incredible verve. Writer-Director Lange accomplishes so much in his cinematic story telling that I doubt that any cinephiles will be satisfied just seeing this horror story once.

I’ve seen it twice already. There were several times during my first 94-minute screening I wanted to savor what I had just seen but couldn’t because of other scenes equally arresting. The cast is rich with supporting and minor characters who all appear to have been meticulously selected for their roles and scenes. Lange’s monster is played by Nadia Alexander, who won the prize for Best Actress in an U.S. Narrative Feature Film for BLAME at Tribeca in 2017. She’s back to Tribeca in another bravura role as Mina, a fiendish, female creature possessed by an incendiary rage as all consuming as napalm. Lange, nevertheless, does not depend on gratuitous gore and hideous makeup for the horrors and terrors occurring in THE DARK. 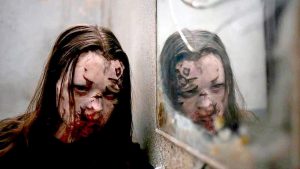 I liked LET THE RIGHT ONE IN. What Lange accomplished, however, was impressive, a monster, whose face alone could scare the bejesus out of Michael Myers, Jason and Leather Face, eliciting sympathy and empathy from audiences. It’s how Lange accomplished that and so much more in this movie that audiences will feel the need to revisit and revisit. How many other filmmakers will take that kind of challenge?

Click here for the 2018 Tribeca Film Festival interview and Q&A with the director and the star of the movie.

← So Say Sara Mohamed, Andriy Repik, Kiara Tavarez …
The Rat-Tat-Tat of News Reporting About the Midterms Has Snared the Attention of WORD Reporters →