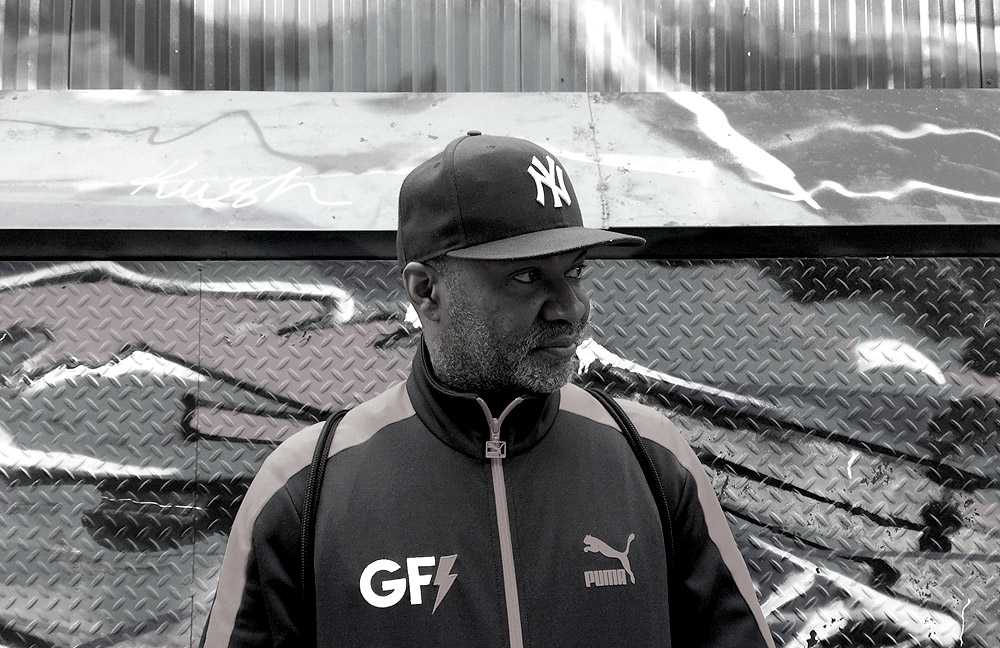 According to a statement released yesterday from TFF, the festival set records, surpassing last year’s attendance, even though in 2016 there were 556 screenings and one of the main theaters being used in 2017 had its seats reconfigured to enhance the audience’s movie-going experience, which resulted in 25 percent less total seating capacity.

“With film always at our core, the 2017 Tribeca Film Festival continued to break boundaries – this year with television, virtual reality, online work, and gaming – to stay ahead of the convergence of storytelling mediums,” Jane Rosenthal, Co-Founder of the Tribeca Film Festival and Executive Chair of Tribeca Enterprises, was quoted as saying. “Bringing great stories and great storytellers to our growing audience, no matter what screen or platform, is why we continue to do what we do each year.”

Below are highlights and clip handout of conversations, concerts, interviews, and select moments from the Festival: 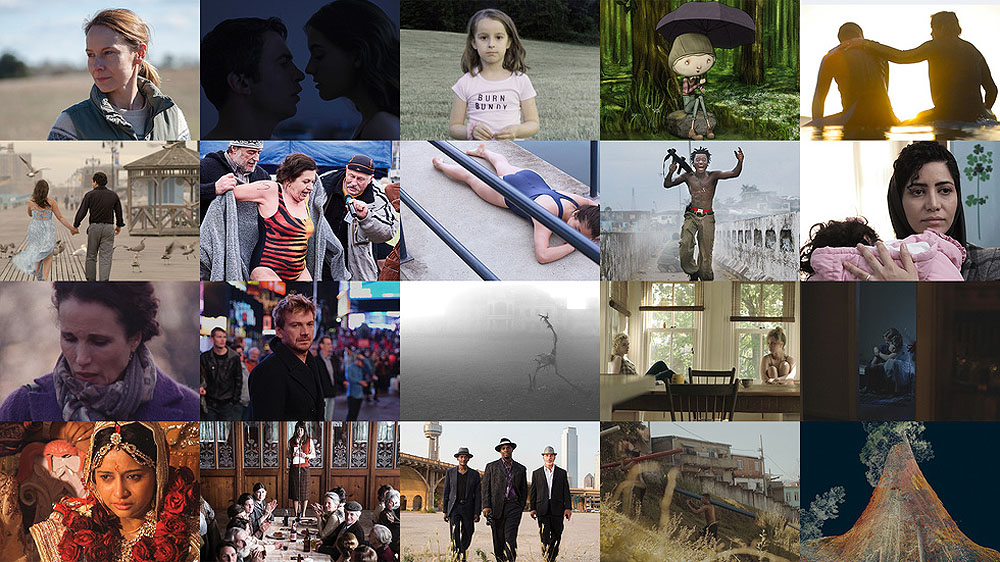 FILM SALES:
As the Festival wraps up, 11 of the films available for acquisition have announced distribution deals, with additional offers on the table and deals to be announced soon. 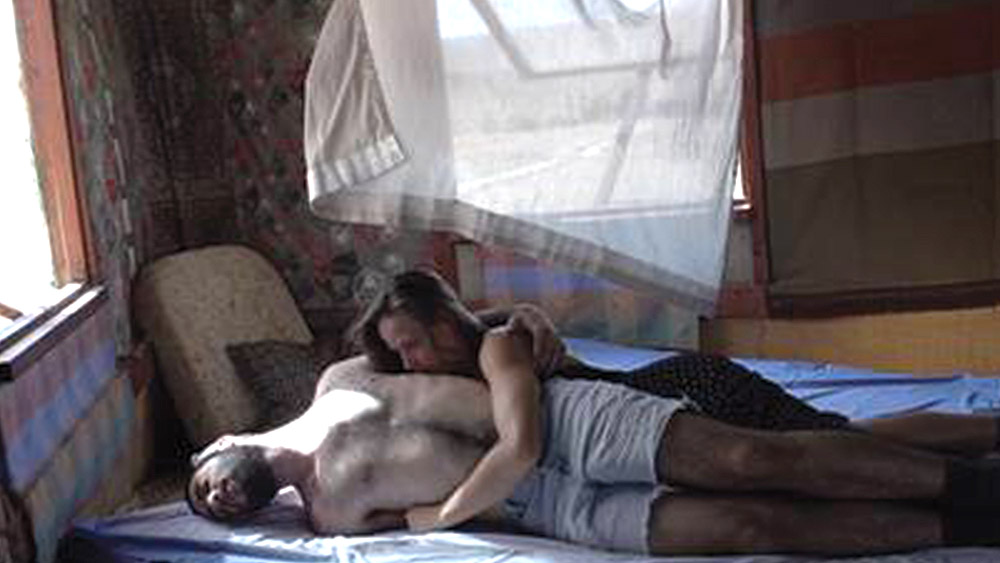 Bobbi Jene and Or taking a nap in the dessert outside Tel Aviv. Film still from BOBBI JENE.

FILM
With 97 feature films presented this year, the festival offered narrative and documentary selections covering an immense array of stories and perspectives. 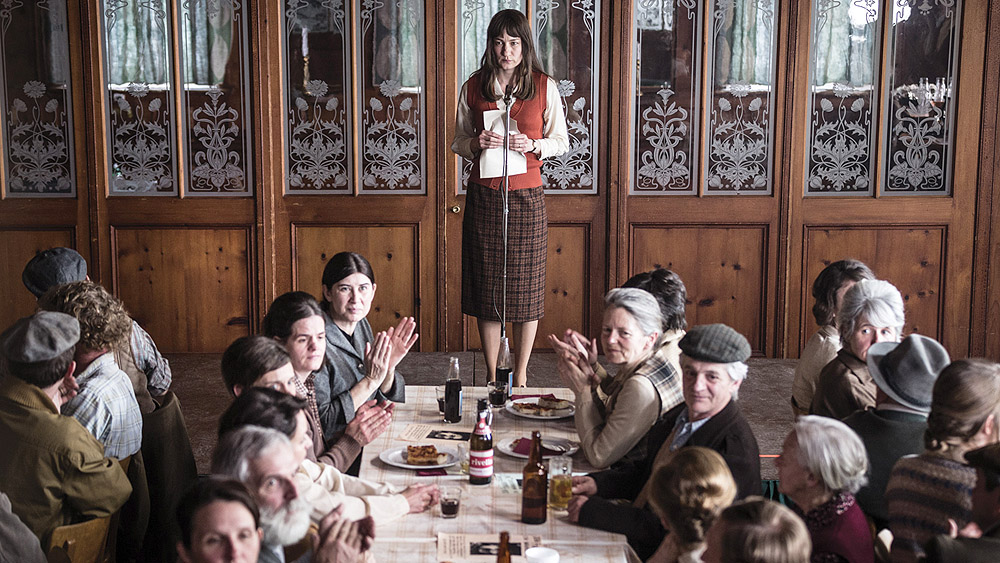 Music
Tribeca continued to take the movie experience beyond the screen by turning special performances into cultural moments. Here are highlights as well as footage ICYMI.

● Opening Night at Radio City Music Hall was a stellar evening for the world premiere of Clive Davis: The Soundtrack of our Lives. Following the documentary, the sold out crowd was treated to a once in a lifetime concert with legendary musicians Jennifer Hudson, Barry Manilow, Earth, Wind & Fire, Kenny G, Dionne Warwick, and Aretha Franklin.
– o Concert footage: http://bit.ly/OpeningFilmCliveDavisConcert
● Sean “Diddy” Combs aka Puff Daddy held court on the red carpet and on stage for the world premiere of Can’t Stop Won’t Stop: The Bad Boy Story at the Beacon Theatre. The hip hop doc was followed by a celebratory reunion concert with Bad Boy originals Faith Evans, Lil’ Kim and Mase.
– ○ Concert footage: http://bit.ly/CantStopWontStopconcert
● Musician and actor Common performed a lively and soulful concert, including the debut of a new song, following his Tribeca Talks: Storytellers conversation with director/screenwriter Nelson George, and the screening of a never-before-seen extended version of Letter to the Free (Directed by Bradford Young).
– ○ Concert and talk clips: http://bit.ly/CommonAtTribeca
● The inaugural Tribeca Games Festival kicked off with a performance by British electronic music producer and multi-instrumentalist Mura Masa who had the crowd on their feet.
– ○ Concert broll: http://bit.ly/MuraMasabroll
● Early 80s punk and new wave music was reinvigorated at the world premiere screening of Dare to be Different, which chronicles the Long Island, New York radio station WLIR that introduced the music to the U.S. The post-screening concert included members of A Flock of Seagulls, The Alarm, and Dave Wakeling of The English Beat.
● Legendary blues artist Taj Mahal teamed up with environmental artist Wyland and the Wyland Blues Planet Band to perform a concert at the Festival Hub following the premiere of Wyland’s short film Blues Planet: Triptych, which explores the Gulf oil spill disaster and its aftermath.

● The Sinner director Antonio Campos on premiering at Tribeca: “Film festivals all over the world are recognizing what television is doing, and I think it’s really appropriate that Tribeca is showing TV shows, and I’m really honored to show it here in my hometown.” While Paul Reiser of There’s… Johnny!’ said about the Tribeca Film Festival: “What’s cooler than being here in New York City?”

● Tribeca’s Jane Rosenthal presented legendary documentarian Ken Burns with the Citizens Filmmaker Award, and then the audience was treated to a special one-hour sneak peek of his upcoming 18-hour PBS documentary, The Vietnam War. [Video of Ken Burns receiving award]

Tribeca Games
● The inaugural Tribeca Games Festival premiered to sold-out enthusiastic crowds. The Festival kicked off with the New York premiere of Telltale Games’ first-ever crowd play of Marvel’s Guardians of the Galaxy: The Telltale series, Episode 1 and a concert with British electronic producer and multi-instrumentalist Mura Masa, which brought down the house. Saturday featured a captivated crowd for keynotes with some of the top game creators, including legendary creator Hideo Kojima, who flew in from Japan, Ken Levine, and Sam Lake – each of whom has transformed the industry with their unique and visionary storytelling. 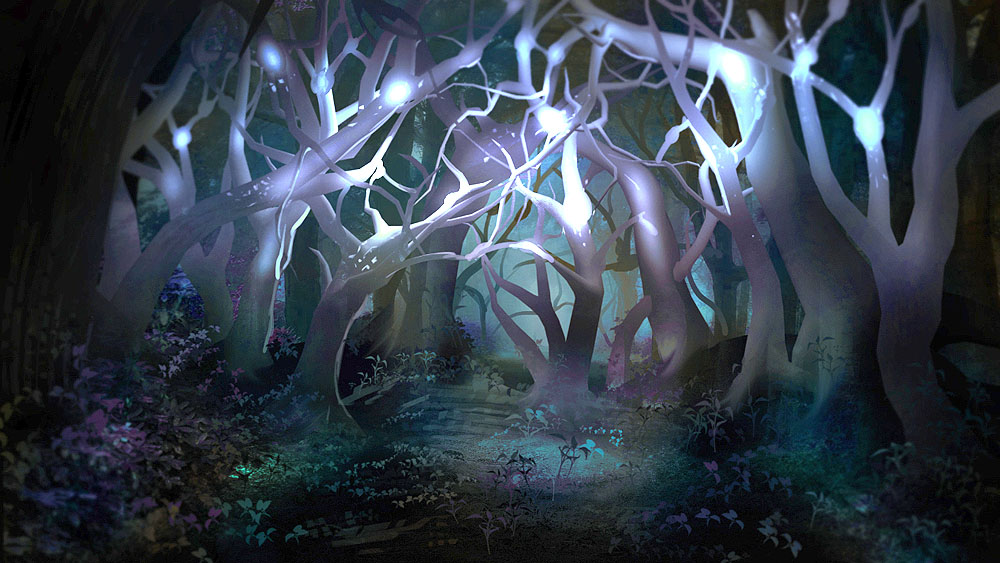 Director Kathryn Bigelow and co-creator Imraan Ismail were joined on stage by surprise panelist Hillary Rodham Clinton during the Tribeca Talks: Virtual Reality, to discuss the world premiere of the virtual reality documentary short The Protectors: Walk in the Ranger’s Shoes, which follows the rangers fighting to save the African elephant from poachers. Also on the panel were Andrea Heydlauf with African Parks, and Rachel Webber from National Geographic.
● [CLIP – FB, Instagram]  Instagram] Clinton

Over 20 Tribeca Talks took place over the 12 day festival with remarkable pairings that only happen at Tribeca. Highlights from the program include:

The Directors Series brought together some of today’s most groundbreaking filmmakers to discuss their careers and highlights including:
●     Director Alejandro González Iñárritu with Marina Abramović
– ○        [CLIP – Twitter] Iñárritu – “Filmmaking is an art that is not just born by one moment of inspiration.”

Tribeca Talks:Master Class returned this year to give attendees of the free event series an inside look at the filmmaking process with conversations focusing on cinematography, production design, sound design, and digital distribution.
● Academy Award®-nominated cinematographer Ellen Kuras took the audience behind the camera, from choosing the right lenses to crafting a specific vision.
● Production designers Anne Ross & Scott Dougan spoke about creating the overall look and feel of different worlds and times.
● During the Dolby: Image and Sound Master Class, composer/sound designer Imogen Heap and co-directors Limbert Fabian and Brandon Oldenburg discussed the audio techniques used to tell the compelling story of their new animated short, Escape.
● The Future of Independent Film Distribution Master Class brought Amazon Video Direct’s Matthew Norman and Dan Truong and Kino Lorber’s Richard Lorber together for a conversation about how digital technologies have impacted the way filmgoers consume movies and the new challenges and opportunities for the business of releasing them.

N.O.W. (New Online Work)
Tribeca N.O.W. is a program that discovers, highlights, and celebrates New Online Work from independent storytellers creating and sharing their work in the online space.

N.O.W. Special Screenings, featuring high profile content from the industry’s leading online networks and talent.
● On Earth Day, Tribeca premiered Awake, A Dream From Standing Rock, a documentary that captures the Standing Rock Sioux Tribe’s peaceful resistance against the Dakota Access pipeline. An illuminating and moving panel followed with the filmmakers, Floris White Bull and moderator Doug Good Feather. The doc was then made available to stream for free immediately after the credits rolled on the film’s website
● Crypt TV’s Monster Madness, a series of several character shorts from the digital brand’s scaremakers debuted. Eli Roth joined the Crypt TV team and filmmakers for a conversation after the screening on the future of genre filmmaking and opportunities for up and coming horror creators.
– ○ [Full Facebook livestream] Eli Roth, Crypt TV Chief Content Officer, Kate Krantz, and Crypt TV filmmakers, moderator Crypt TV CEO & Co-Founder, Jack Davis.
● Out of This World: Female Filmmakers in Genre brought fresh voices into the genre sphere with the premiere of diverse works from three trailblazing female filmmakers

Tribeca N.O.W. Showcase brought the latest work from 10 independent online creators to the big screen as official Tribeca selections. The curated group of creators, which included Bonnie Wright (Harry Potter), were also invited to showcase a piece of their past work on www.tribecafilm.com during the Festival. 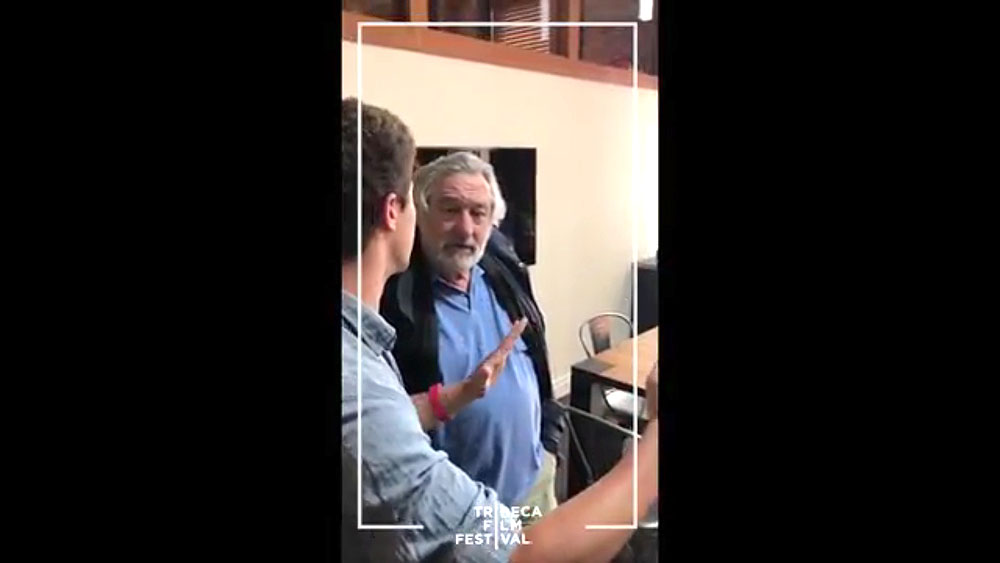 Tribeca X Award
The second annual Tribeca X Award went to Chris Fonseca: Keep It Moving, directed by Zachary Heinzerling for Smirnoff Ice by 72andSunny. The Tribeca X Award highlights excellence in creative, original and authentic storytelling that is sponsored or underwritten by a brand. Tribeca and The Atlantic – through its in-house content studio, Atlantic Re:think – announced the winner during the Festival at a special screening event. The short film was one of ten finalists selected from a field of 600 entries that represented the best in storytelling at the intersection of advertising and entertainment from the past year.