[All of the films and much more are available to watch until June 23rd with
https://www.tribecafilm.com/festival/at-home]

THE NOVICE. Picture by Todd Martin 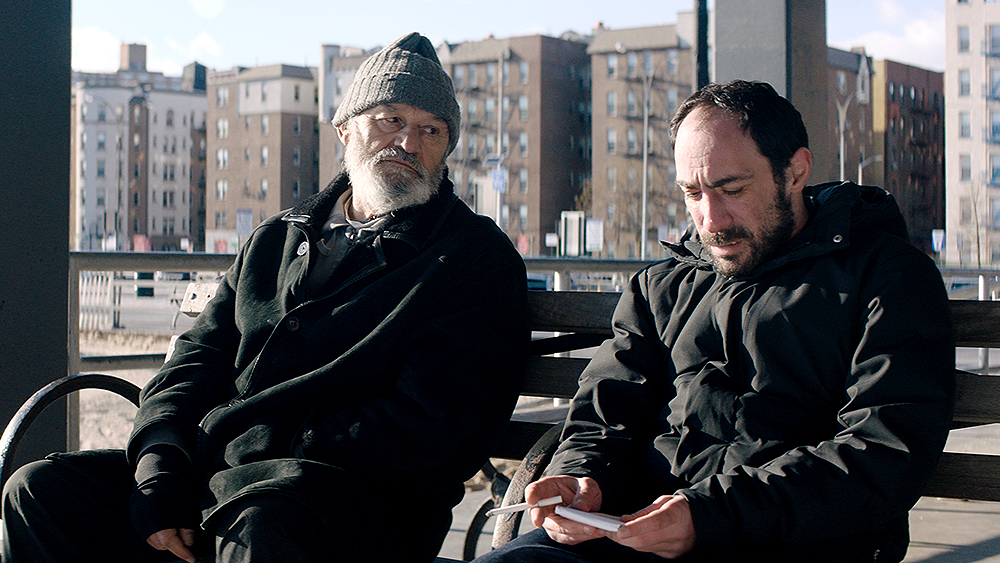 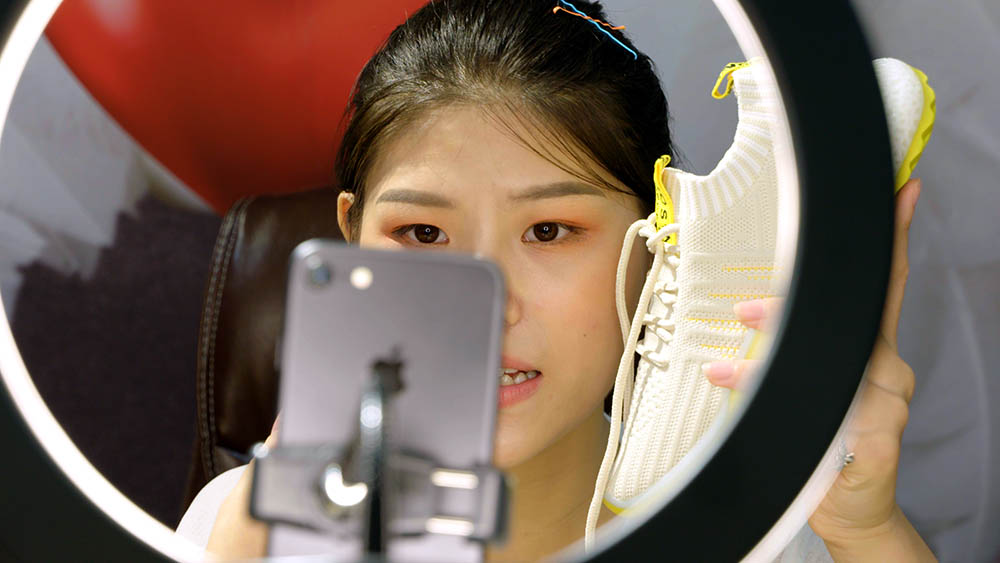 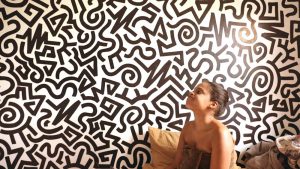 AS OF YET. Picture by Jamal Solomon

The 20th annual Tribeca Festival, presented by AT&T, announced the winning storytellers in its competition categories at this year’s awards ceremony today . Awards were given in the following competition categories: U.S. Narrative, International Narrative, Documentary; Short Films, Immersive, the Nora Ephron Award, and the first-ever Podcast and Games categories. For the first time ever, Italian eyewear brand, Persol, presented the award to the 2021 Best Actor, U.S. Narrative recipient.

The awards at Spring Studios today, June 17 ceremony, honored the most diverse line-up of creators in Tribeca’s 20 year history and awarded $165,000 in cash prizes. The Festival, which had the honor of welcoming back in-person audiences, concludes June 20.

The top honors in feature films went to The Novice, Brighton 4th, and Ascension. Chanel James and Taylor Garron won the Nora Ephron Award and a $25,000 prize for As of Yet. The award, created nine years ago, honors excellence in storytelling by a female writer or director embodying the spirit and boldness of the late filmmaker. 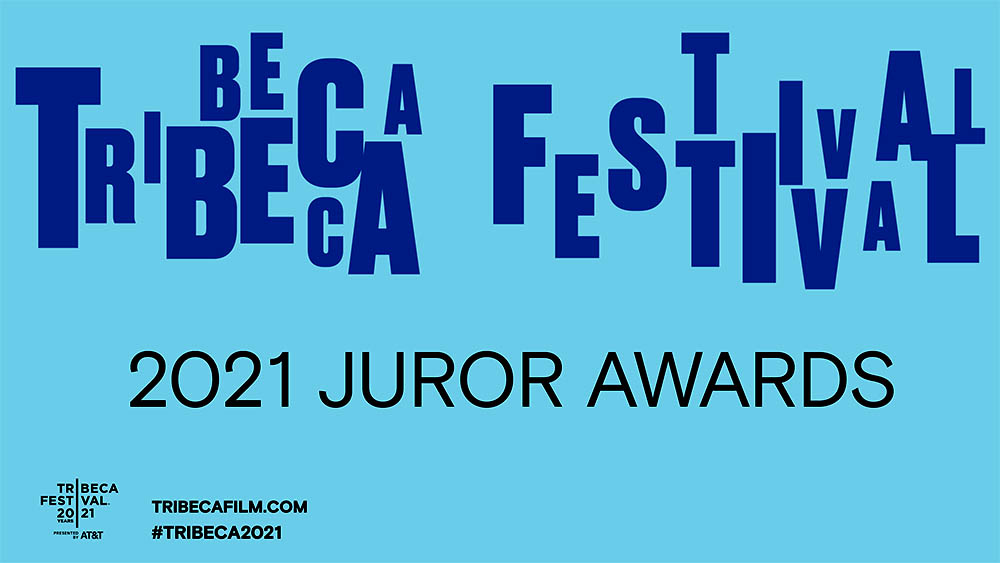 In the Games category, the first-ever Tribeca Games Award was given to Norco, created by Geography of Robots and published by Raw Fury.

“It’s been a challenging time for filmmakers, storytellers, and actors, and we’re so proud to honor the perseverance and dedication many of them displayed while working through the many obstacles that arose as a result of COVID-19,” said Cara Cusumano, Festival Director and Vice President of Programming. “Each of these recipients truly embody the spirit of our creative community.”

A special Virtual Award Winner Screenings series will be available for U.S. audiences via Tribeca at Home on Saturday, June 19 and Sunday, June 20. Tickets can be purchased at tribecafilm.com/festival/tickets.

The winners of the Audience Awards, powered by AT&T, which are determined by audience votes throughout the Festival, are to be announced next week. The winners, awards, and comments from the jury who selected the recipients are as follows:

Special Jury Mention: Kali Reis, for her magnetic performance in Catch The Fair One. She kept  audiences on the edge of their seats with her strength and vulnerability in a performance that always felt deeply honest.

Special Jury Prize for Artistic Expression: Director Nana Mensah, Queen of Glory, for opening audiences up to an intimate and personal story, exploring cultural identity and family, with delicate nuance and humor and heart.

Special Jury Prize for Artistic Expression: Director Nana Mensah, Queen of Glory, for opening audiences up to an intimate and personal story, exploring cultural identity and family, with delicate nuance and humor and heart.

Special Jury Mention: Cast ensemble of Roaring 20s, for their characters and dialogue both written and improvised seamlessly that provide a portrait timeless and true. 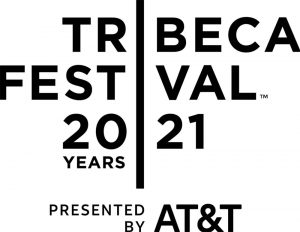 The Jurors for the Documentary Director Competition were Iyabo Boyd, Sabrina Schmidt Gordon, and Omar Metwally.

Special Jury Mention: The Neutral Ground directed by CJ Hunt, for the way their use of humor brought audiences into a difficult subject, with vulnerability, authenticity, and at great personal risk.

The Jurors for the 2021 Short Documentary and Student Visionary Competition section were Rashid Johnson, Tig Notaro, and Adria Petty.

The Jurors for the 2021 Best Podcast Fiction Award were Neil Drumming, Lauren Shippen, and Mimi O’Donnell.

The 2021 Games Award: Norco, from Geography of Robots, published by Raw Fury

About the Tribeca Festival

The Tribeca Festival, presented by AT&T, brings artists and diverse audiences together to celebrate storytelling in all its forms, including film, TV, VR, gaming, music, and online work. With strong roots in independent film, Tribeca is a platform for creative expression and immersive entertainment. Tribeca champions emerging and established voices; discovers award-winning filmmakers and creators; curates innovative experiences; and introduces new technology and ideas through premieres, exhibitions, talks, and live performances.

The Festival was founded by Robert De Niro, Jane Rosenthal, and Craig Hatkoff in 2001 to spur the economic and cultural revitalization of lower Manhattan following the attacks on the World Trade Center. Tribeca will celebrate its 20th year June 9 – 20, 2021. www.tribecafilm.com/festival

About the 2021 Tribeca Festival Partners