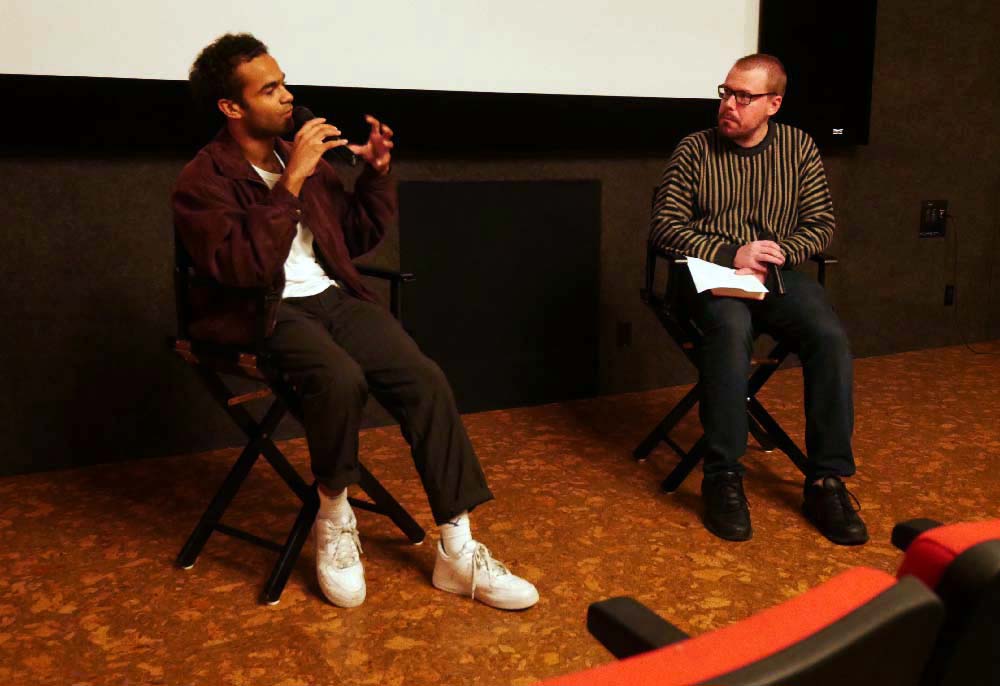 BURNING CANE was selected by the 2019 Tribeca Film Festival for Best Narrative, Best Actor and Best Cinematography. It will broadcast on Netflix November 7 and will subsequently open in Los Angeles November 8. It tells the story of a deeply religious woman’s struggle to reconcile her convictions of faith with the love she has for her alcoholic son and a troubled preacher. Set in rural Louisiana, the film explores the relationships within a southern black protestant community, examining the roots of toxic masculinity, how manhood is defined and the dichotomous role of religion and faith.

Director Youman was in high school when he wrapping up the film. He was 19 when it was screened at TFF. BURNING CANE began as a short, THE GLORY, which Youman had penned in November, 2016, during his junior year of high school. He was also worked at Morning Call Coﬀee Stand in New Orleans City Park to raise money to shoot the short. The original short screenplay featured most of the same key characters as BURNING CANE. THE GLORY told the story of a protestant woman as she deals with an unexpected visit from her estranged son.

Director Phillip Youman: So the film started in my junior year, in the summer of my junior year in 2016. I wrote the short called THE GLORY. Oh, there we go. I wrote the short called The Glory. It was about a mother named Helen Wayne and Daniel Wayne and this thing that we find in Burning Cane. It was a really isolated story about Helen living in isolation and Daniel coming sort of out of the blue and her sort of trying to uncover what has happened to him and reckoning with who he is. And I think within that I knew that I wanted to stay within that sort of rigid Protestant environment.”

Note: Q&A has been edited for style.

Youman: “And the inception of that for me really came from just trying to create a sort of humanizing, nuanced portrait of the sort of people that populated my world growing up in the Baptist church in Louisiana and I guess in sort of vacation time and time away in Lowcountry, South Carolina, where my mom grew up. It was really just trying to create a portrait of the people that sort of populated that whole ethos.”

Moderator Erik Luers asks about the the musicality of the film, inquiring about the role of jazz. 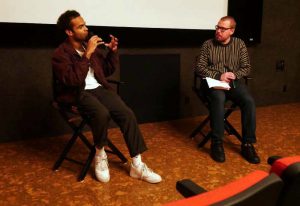 Youman: “Blues more, I would say. I was listening to a lot of Robert Johnson, Lightning Hopkins, a lot of Mary Lou Williams, the Blue Spring, Mississippi Baptist Delegation. A lot of choral music from earlier than the seventies and back. It was just like creating a mood for myself. So that when I wrote and when I was in that environment, it felt so kind of natural and one to one and that is the mood that I brought forward with pretty much the entire piece. I think that helped sort of dictate a lot of the song choices in post too. It felt like such a natural thing about like this is the power of music I was listening to while making it. It felt like such a one to one thing to say, all right, this is the music that needs to be in the piece.”

Luers: “… after you wrote the short, were you able to go into production on that or did you expand from there? Because I know the feature came about pretty quickly, thereafter. If you could take us through that timeline a little bit into 2017 and how those pieces came together.”

Youman: “Got you. So I wrote the short and then I brought it to my professor at the New Orleans Center for Creative Arts, which is the arts high school that I went to for film. And he essentially told me that he thought that it could be developed into a feature because of how raw and in character and how sort of limited the locations were, it felt like it could be done easily with the resources that I had available to me. And so I kind of ran with that and became obsessed with that idea. And so from that point on, that was in like early February of 2017 and then from that point on I just started churning out drafts, that feature length script.”

Youman: “And then he connected me to the lead actress in the film, Karen Kaia Livers, and she was initially supposed to come on as a sort of like mentor, someone within the New Orleans production community that my department chair, Isaac Web, felt could guide me in terms of taking this from script and putting it into production because she had worked as a producer. So he felt like she could really give me a lot of hands-on help.” 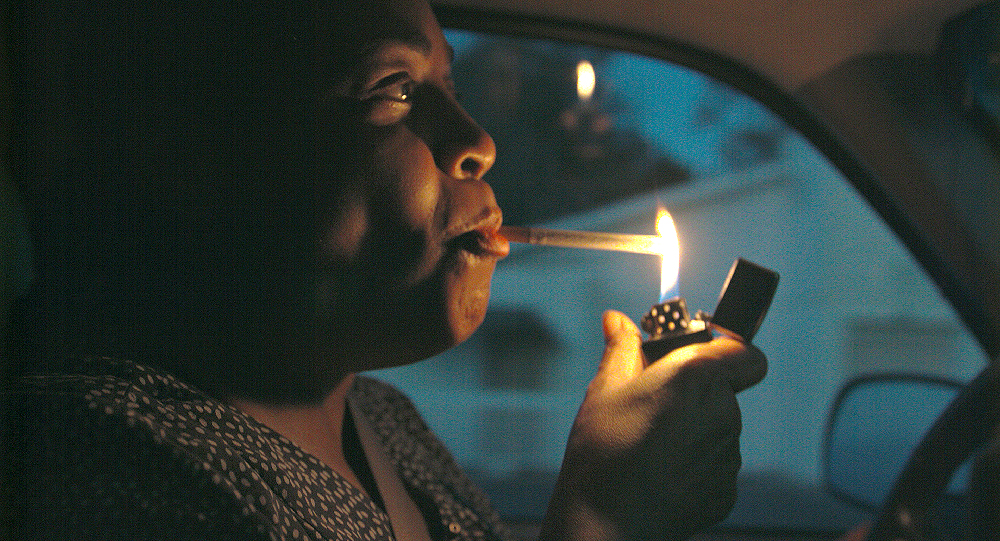 Youman: But when she read the script, she said she wanted to play Helen. And so that kind of changed the entire scope of that, but in the best possible way. After I read with her, it felt so natural. It just felt like a such a weird sort of perfect ending of events. It just felt like it was just kinetic. I don’t know. It is even hard to articulate, in a way, just it felt right.”

Youman: And then I sort of moved forward with passing everything myself, reaching out to the New Orleans film and theater community, specifically to a woman named Tony Myrick who ran a local theater and did a lot with Southern Repertoire Theater and a lot of other theaters in the South. And I reached out to her about, after giving her the script, who were some of the actors in the city that could work for this role of Daniel? Because initially my intention with him … was for him to be younger. But she just told me one name and it was Dominique McClellan. And then I invited Dominique over to my friend Moses’ house, who’s also my producer. I’m writing with him. And it really sort of shifted my idea of the character and maybe, and we see him older even though we had been reading with younger people through NOCCA, through my school, through whoever we got connections to who really wanted to pursue it. But Dominique just switched it.”

Youman: And then Raelynn. Raelynn actually was kind of a family friend. We considered other kids, some other younger kids and actors in the city who are interested in acting.” 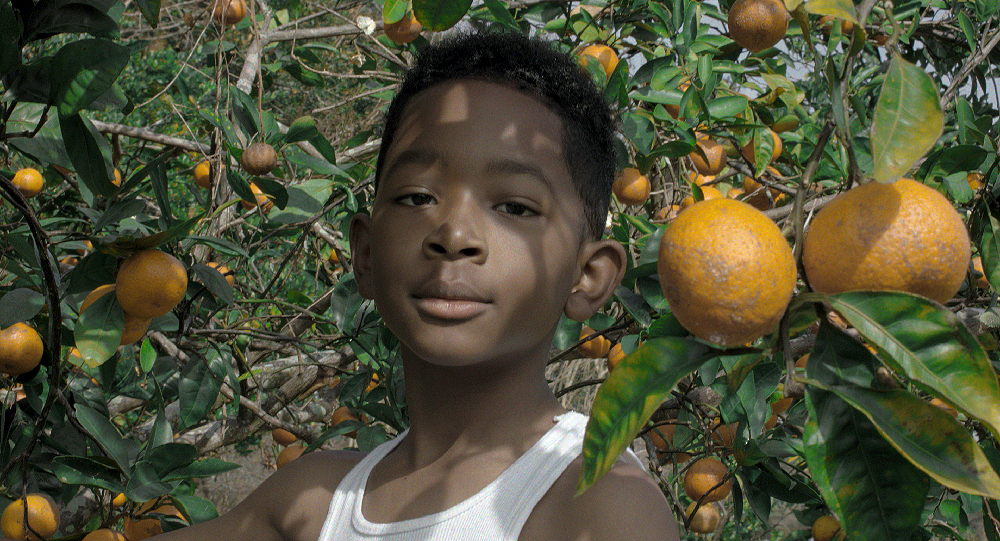 Youman: But Raelynn was like super inquisitive, asking a lot of questions, and I always felt like it would be more interesting if the child, Jeremiah, wasn’t an experienced actor. As if you almost felt like he was a fish out of water, in a way. I felt like that could sort of be communicated effectively in the piece. And I think Raelynn did a really good job considering it was his first piece, his first performance of any sort at all.”

Youman: I think I got all of that stuff done really in large parts with the help of my friends who were also my producers … they were my best friends in the world. And I think I could rely on them, especially because they were so dedicated to helping me see the project through without thinking about it in an overtly financial context. And that is what I think, it is such kind of a fortunate blessing, in a way, considering how limited our resources for order were to make the film in the first place.”

Luers: “And was the intention to go into production that summer or was that just this out of necessity? Or how did you know? I guess it was like now …”

Youman: “Well I wanted to make it then because I didn’t know when I would be able to shoot it after that, considering that school would start up again and then I would only be able to shoot on the weekends. I knew I wanted principal photography to be as concentrated as possible because I felt like it raised the stakes for us. It made it an easier thing to pull through and go through and finish as much as possible as we could before the school year started. Because I think it was also, in truth and being transparent, just an extra sort of leg and making sure that we really did see this thing through.”

Youman: “As we had been told about people that it seemed like a really sort of daunting task if things worked out in a really uncanny way. But making sure that we shot this summer sticking to that date was such a big part about why we were so productive. So when you were going to shoot that summer, some stuff did have to bleed into senior year, Wendell’s shoots did, and some pick ups later on after my first initial feedback sessions.”

Luers: “And with Wendell, did you meet him the first time like the day before shooting or you had corresponded with him via email, but eventually meeting and working with him, was that something you were kind of developing that relationship on the fly or what does that kind of experience? Intimidation or … ?” 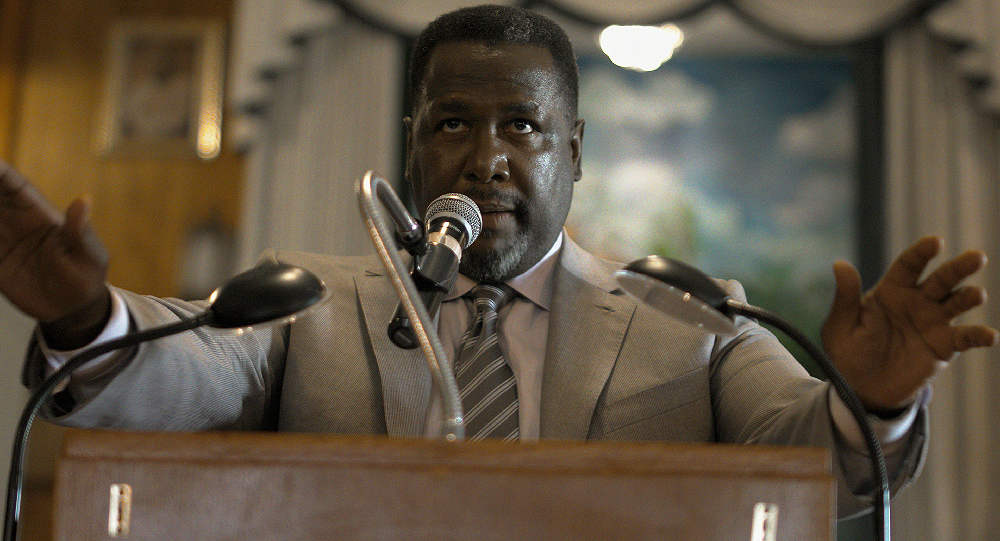 Youman: “Intimidation? I think, yeah, the idea of working with him, especially because it felt like I didn’t have any real sort of track record or thing to fall back on and say like, hey, this is my work. Please take a chance. It felt sort of insane at first. I was like this just upped the ante in the best possible way and I think it helped sort of elevate everybody, including me. Just making sure that we all wanted to make sure this was the most professional set we could possibly have, the most mature set we could possibly have. And be sure that everything was accounted for because we felt like, oh, you know, in large part his talent and his work and the career that he’s worked hard thus far really did, I think, a lot for us in terms of really validating the mission that we were taking.”

Youman: “And then working with him, it was surreal. It was dope. Like he is a student of the craft. I think when we first like sat down and were like really together on the day of shooting the church, I went into his dressing room and his script was so annotated. It was like a high school English teacher would be checking it. It was so interesting. Each line had questions and not all the questions had answers. It was pretty fascinating, honestly. I thought that was so dope that someone like him was really digging into my material in that way.”

Youman: “And so working with him was dope. It was a cool back and forth dialogue. I think we had to do considering that time is of the essence and we had to shoot a lot of material in not a lot of time, it was important that we have our ample conversations, talked about the character, talked about where he was in his life out, how Tillman was sort of questioning a lot of his sermons himself. And I mean in the wake of his wife’s passing, how the way his wife died and the sort of treatment that she received leading to her death sort of corrupted his conscious. Those kinds of conversations happening before, but working with him was insane, and I’d work with him again, for sure.”

Luers: “Yeah. And Hurricane Harvey was kind of taking place on the outskirts right at this time and you were still shooting with him? You had one day left.