Simply put: A disillusioned field surgeon suffering from PTSD makes a man out of body parts and brings him to life in a Brooklyn loft. A re-imagining of Mary Shelley’s FRANKENSTEIN. DEPRAVED was a March, 2019, What the Fest film festival selection in the Big Apple. It has returned to NYC as part of the IFC Center’s special sneak preview new “Planet Midnight” series of advance looks at the best in new genre films.

The preview is 9:30 p.m. this evening. Fessenden will be there. DEPRAVED begins a regular run tomorrow, Friday, September 12.

Suffering from PTSD following his stint as an army medic, Henry (David Call) now works feverishly in his Brooklyn laboratory to forget the death he witnessed overseas by creating life in the form of a man cobbled together from body parts. After procuring a brain from an unwitting victim, his creation—Adam (Alex Breaux)—is born. But it soon seems that giving life to Adam was the easy part; teaching him how to live in a dark and troubled world may be perilous. A complex, emotionally shattering tale about what it means to be human, DEPRAVED brings Mary Shelley’s immortal fable fully into the 21st century.

Fessenden & his cast of stars were interviewed at the BBar & Grill, 40 East 40th Street in March, 2019. DEPRAVED was the Opening Night World Premier. 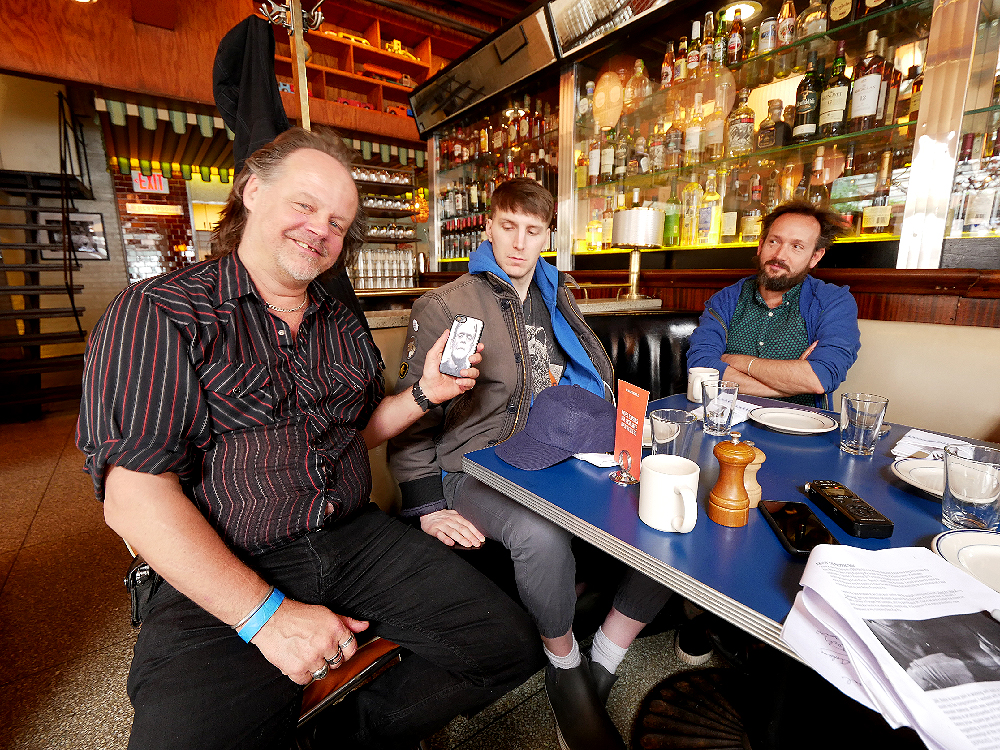 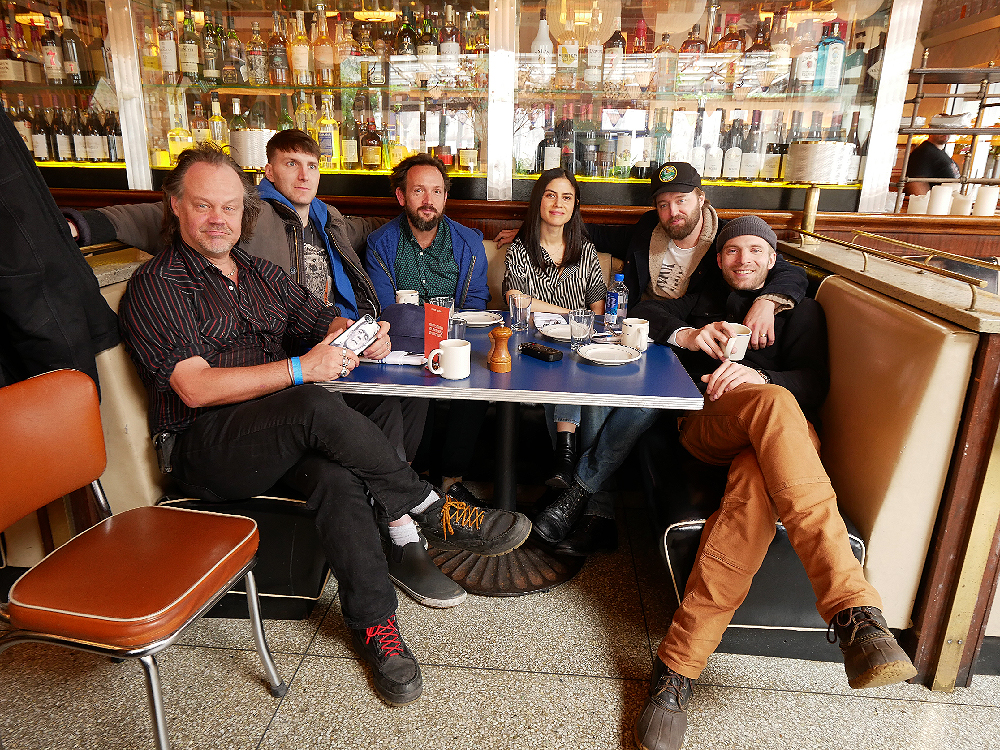 Larry Fessenden, left, and his cast of stars. Picture by Gregg W. Morris