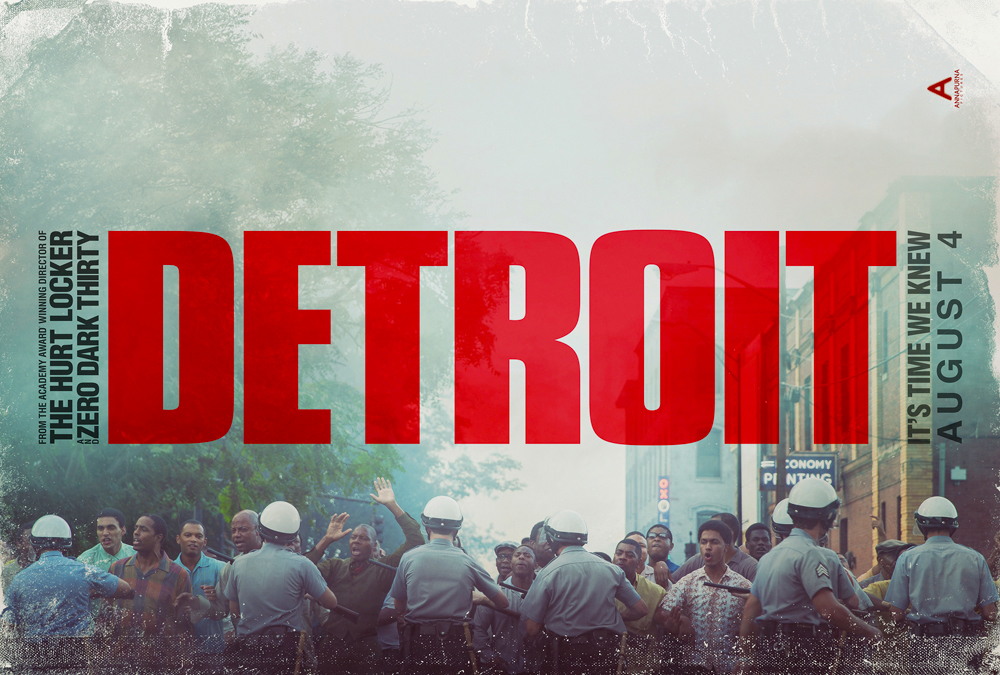 DETROIT belongs to that pantheon of films – narrative as well as documentary – successfully addressing, or earnestly trying to address, the enormity of America’s racist and bigoted nature. This reviewer believes the challenges and risks are greater for commercial films than documentaries.

“Black people have never been truly safe in America. Police brutality and the use of excessive force have been enduring features of our history,” wrote Elizabeth Hinton in a New York Times piece July 26. Hinton also wrote that black and brown people are “policed” and locked in cages like no other country in the world.”

Sans sensationalism but brutally grim with its verisimilitudinous and transfixing cinematography delivering a panoramic view of history and race politics in Detroit (and America as subtext), DETROIT tells the story about the depraved violence committed by law enforcement at the Algiers Hotel during Motor City’s apocalyptic summer in 1967: Compelling reasons why millions should see Oscar Award Winning Director Kathryn Bigelow’s latest.

A report of gunshots near a National Guard staging area attracted the attention of a horde of Detroit police officers, the Michigan State Police officers, Michigan Army National Guardsmen and a local private security guard. An annex of the nearby Algiers Motel was stormed. Several police officers interrogated motel guests and used torture to intimidate them into confessing. No one confessed. Three unarmed innocent men were killed execution style by police and several other males, black, and two women, white, were beaten and manhandled.

The filmmakers cinéma vérité style will make audiences feel that they are actually at the scene of the brutal crimes being committed, at those moments when victims and predators are contemplating decisions, the police about who dies and the victims trying to negotiate an inexplicable situation. Some managed to escape into the night. The manner in which this movie was made provides a panoramic look of what took place that night. What was happening in America in that period of the 70s, and what is happening today regarding race, racism and bigotry, is an undeniable subtext of the movie. 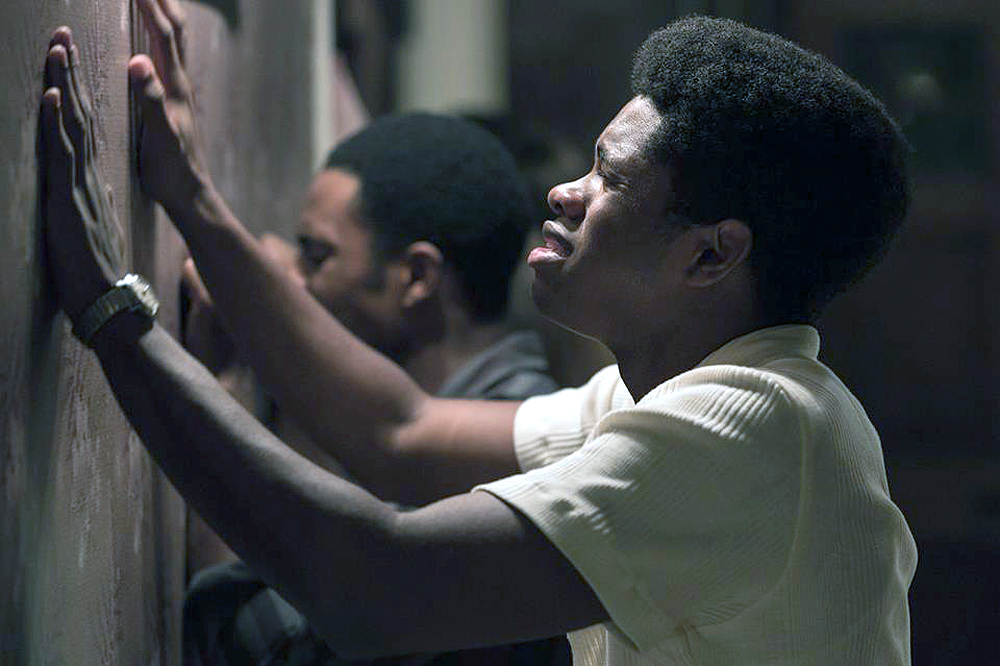 Seeing horror movies, I always felt that psychological safety distance, that what I was seeing and was scaring the bejesus out of me was not real at the time, despite post-film jitters afterwards, often something to laugh about. There was distance. Not so with the way this movie is made. There is no safe distance. Scenes will stick to the sinews of audiences’ minds, bodies and souls long after the credits roll have rolled.

That veracity and power may also be the reasons millions who should see it won’t see it. And this too: The verisimilitude about the enormity of America’s Hideous Race Problem may be too much subtext for millions of Americans.

The filmmakers were on the pursuit of the truth, the whole truth and nothing but the truth about an hideously ugly American story that took place in the Algiers Hotel in Detroit when police and national guards troops and a local private security guard, black, descended on the hotel in search of an alleged sniper during one of the worst urban incidents of civil unrest in American history. As soon as the annex was secured and the torture and beatings began, state police and the national guard left. They were complicit with what happened even as they cravenly withdrew. 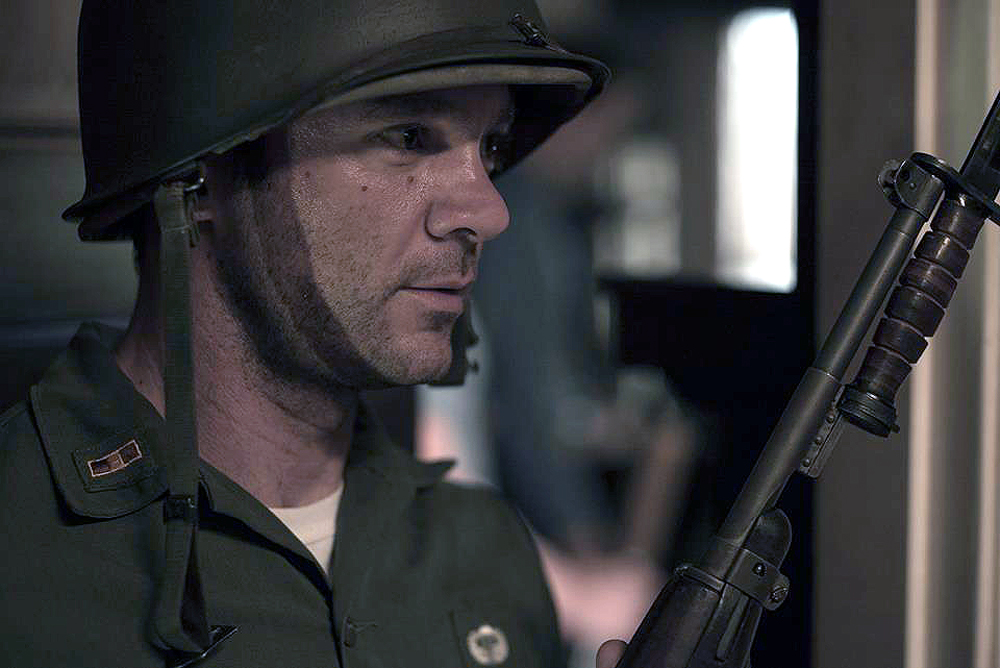 A complicit National Guardsman about to leave the scene of the crimes. Picture courtesy DETROIT Facebook. 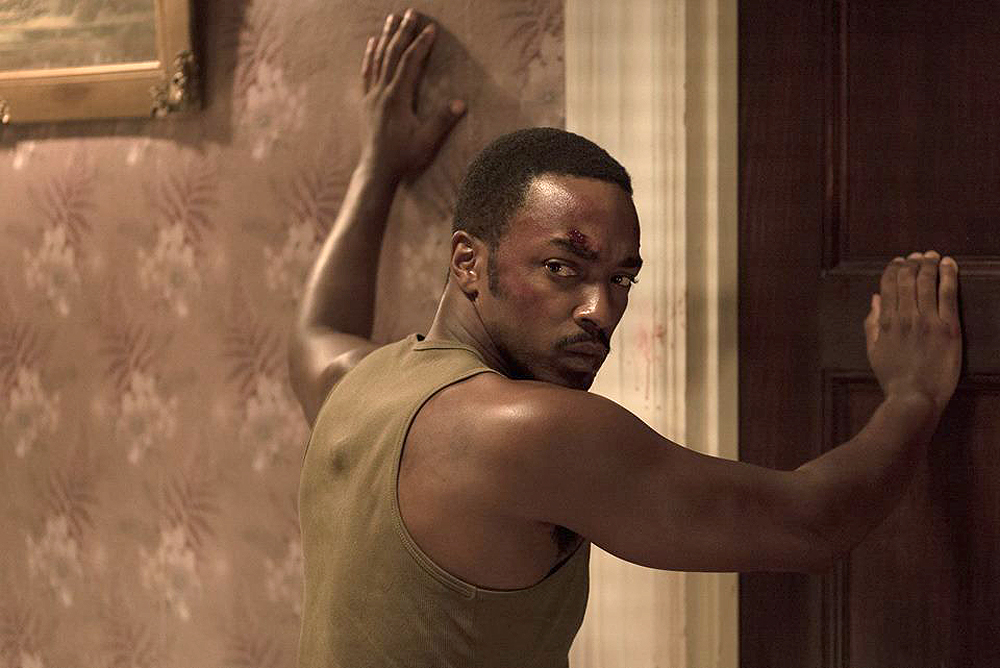 The risks for filmmakers of such movies, in terms of public response and profits for using fiction to tell real stories that look unflinchingly at racism and race and race relations, the latter with all its euphemisms, can be incredibly daunting. I got the impression that Bigelow and her filmmakers were engaged as cinematic investigative journalists primarily interested in telling the truth 360 degrees than fretting about the bottom line or getting the next Oscar. Bigelow’s THE HURT LOCKER won the 2010 Oscar for best picture and she also won the Best Director award that year. Her 2013 ZERO DARK THIRTY was nominated for Best Picture.

About the acting: Superb. I’m just citing a few examples in this article. Actor John Boyega’s portrayal as real life African American gun-toting private investigator Melvin Dismukes had me fidgeting as I watched him negotiating the moral and ethical dilemma enveloping him as he tried, unsuccessfully, not to be complicit in the heinous crimes taking place before him. What, I thought, would I have done. Would do? 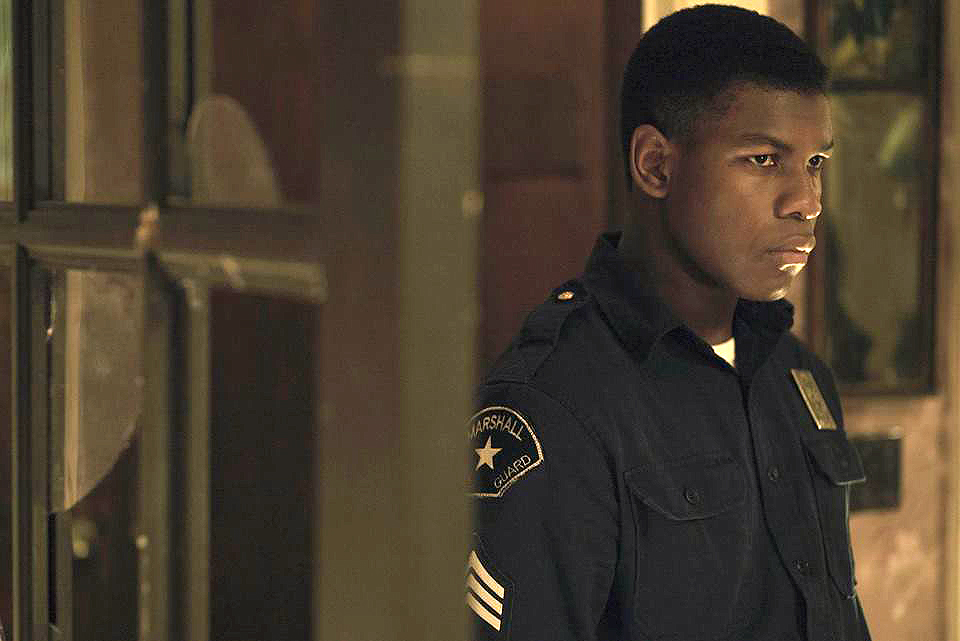 Will Poulter as homicidal racist police officer Krauss was superb. Despite the depravity and sociopathic nature of his character, I could still sense a sliver of his humanity, as depraved as it was. Too often, in my opinion, racist characters are depicted in such a way in commercial movies that they can be easily dismissed as not human, freeing audiences from having to deal with the enormity of the moral issues that can arise from seeing such creatures. Algee Smith as Larry Reed, a lead singer in a popular up-and-coming singing group, is unforgettable.

← THE SKYJACKER’S TALE Director’s Interview: Should Director Jamie Kastner’s 2017 Film Make Him the Swashbuckling Film Director of 2007?
Meet the Real People of DETROIT →