“Before COVID we all had a better understanding of what it meant to be a team because we all had the same priorities: School and soccer,” Enema said. “After COVID and not playing with your team for a year and a half, it’s clear that some peoples’ priorities shifted. It’s been really hard to get them on the same page as the players whose priorities haven’t.”

It’s harder to create team spirit than ever before because athletes must focus on life beyond sports, said Enema, who groaned about the bête noire of students across the City University of New York: ZOOM classes.

The Hunter Hawks Are a NCAA Division III Team

The team is struggling with communication and closeness, said Lowe, a senior. Before COVID-19, the pre-season pick up games and workouts occurred in the beginning of September. “There’s no assurance that a season is going to happen as it didn’t last year. It’s harder to get enthusiastic to train hard when you might be let down by there being no season,” Lowe said.

Lowe was interviewed early in the semester before the announcement of the official beginning of the 2021 CUNY Athletic Season.

Ryan Lau, a junior and the team’s shooting guard, said, “Planning workouts and finding gyms that aren’t closed are more difficult.” The Hunter weight room has been closed because of COVID-19 and athletes were experiencing setbacks due to the extra caution. Although it’s hard for the Hawks to be motivated, Lau said, “The one thing that keeps me going everyday is my family, they taught me to be grateful for having the opportunity to wake up everyday and play.” 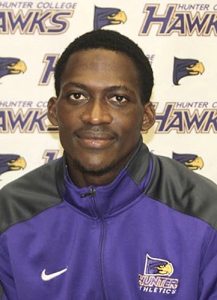 What were your first three weeks at Hunter like?
To put it simply, it was different. A lot of things are the same like the crowded hallways, slow elevators, and impossible seating in the library but it’s hard to appreciate the things that didn’t change when so many things did. I’m just happy to be learning in an environment suitable for higher education rather than my bedroom I’ve spent my life in.

How is playing during the pandemic different to playing before it?
For starters, playing now is a little more painful than I’ve remembered mostly because of the fact that I’ve been sitting down and staring at endless ZOOM meetings for the past year and a half. The biggest difference with playing now than before the pandemic is honestly the differences in the team mentality.

It’s harder to create a sense of team when so many people are focused on more important things beyond soccer. Before covid we all had a better understanding on what it meant to be a team because we all had the same priorities, school and soccer. After covid, it’s clear to see that some peoples priorities shifted and it’s been really hard to get them on the same page as the players whose priorities haven’t.

Is there any covid protocol and what are workouts like if you have any?
The only COVID protocols are wearing masks indoors in the trainer’s room or in the van, staying home if we feel sick, getting tested if someone is sick, and no gym access which has been a bummer because now we can’t work out and stay in shape for the season. 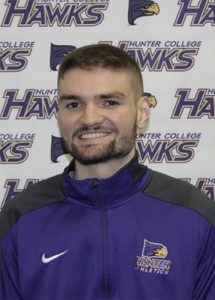 How is this season different from before Covid-19?
It’s different because of the uncertainty. There’s no assurance that a season is going to happen as it didn’t last year. It’s harder to get enthusiastic to train hard when you might be let down by there being no season or a season different than usual.

Was it hard to get back into the routine of playing after not playing for two years?
Well I was still playing, just not with people at Hunter. I still haven’t really officially played or practiced with the team.

What’s the hardest part about this year for you?
The uncertainty. It was much more organized before, more communication and closeness between teammates and more instruction from the coach.”

How is playing basketball during the Pandemic difficult?
Playing during the pandemic is much more difficult because of the guidelines. Planning workouts and finding gyms that aren’t closed are more difficult. Many setbacks occur from being extra cautious. (Note: He was referring to contact tracking.) 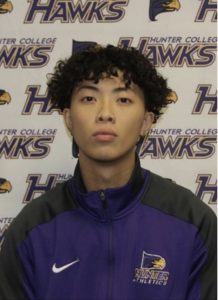 Is there any COVID protocol and what are workouts like if you have any?
Wearing masks during practice and the weight room being closed are part of the COVID protocol. We don’t have any workouts because our season isn’t guaranteed.

What is it that keeps players going?
The one thing that keeps me going everyday is my family. Specifically my lost baby brother at 3 years old named Julian and almost losing my mom to cancer in 2018. It taught me to be grateful for having the opportunity to wake up everyday.

How is your mental health?
During the Pandemic it sucked. It almost felt as if athletics didn’t really check up on us. There was a point where we didn’t have team meetings over ZOOM for probably like 6 months. The coach wasn’t reaching out either, and if the athletic director or Helene reached out it would be to remind us of something COVID wise.

I think the only time they emphasized mental health was during mental health week. This year I am trying to work hard with athletics and its staff to
emphasize mental health and to check on athletes regularly, not just when it’s convenient to them or when, God forbid, something bad happens.

Why did you choose not to play this year?
I am not playing this year just to prioritize my mental health for once and to just get back into the swing of being out of state, focusing on my major, taking care of my body physically. I also just want to find the love of the sport again but not be forced to do so.

For example, last week I played beach volleyball and I had so much fun doing it because I wasn’t obligated to and because I simply was happy. I knew that if I did this season it would’ve felt like I was doing it to please someone else’s needs and I would not be having fun.

This doesn’t mean I am done with volleyball, I still have hope that maybe I can return for my senior season, but if not I am perfectly fine with just playing volleyball as a pastime or whenever I just want to go play with some friends

What is it like to be a manager instead of a player?

My feelings now as a manager for the team, fortunately, I still feel a part of the volleyball community and the team itself. The girls are wonderful, I am making new friends, but I also don’t regret the decision I made to not play this year, only because it simply just isn’t the same.

Morgan Gresse can be reached at MORGAN.GRESS53@myhunter.cuny.edu