BOYCOTT opens with award winning composer Nainita Desai’s captivating minimalist melody fusing with stirring archival news footage of American political boycotts during the Civil Rights movement and American protests against South African apartheid. The jubilance of the crusading activists basking in their victories in the opening scenes added to the transcendent and visceral experience that was quite evocative for this reviewer. 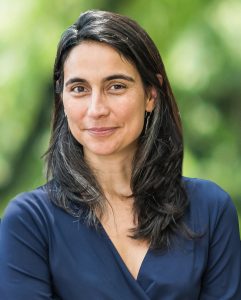 Boycotts have long been used by farm workers and civil rights and anti-apartheid activists, to name a few, to bring about social and political change overcoming formidable opposition. In a SCOTUS decision many years ago it was stated that political boycotting is one of the most cherished forms of protected political speech under the First Amendment.

Nevertheless, the brimming optimistic glee in the opening of Award Winning Director Julia Bacha’s tour de force is in stark relief to the reason that she and her filmmakers made BOYCOTT: Telling a story that is point on with journalistic revelations of a sinister and pernicious effort across the country to undermine that cherished right of free political speech and that it is taking place under the radar that normally alerts us about dangers to our civil rights.

BOYCOTT makes absolutely clear that the attack has been underway for several years.

Unbeknown to most Americans, 33 states have passed laws to thwart boycotts and other nonviolent measures targeting the abhorrent human rights record of the government of Israel against Palestinians. The state laws remove the legal protection that has benefited boycotts for generations, now granting state governments the power to penalize people and organizations for their political views.

What’s dazzling about BOYCOTT is the scope and breadth of 70-minutes of bravura story telling that can captivate and even fascinate audiences no matter how unfamiliar they might be about civil liberties in general. Interviews of characters flow like audio-visual portraits, not talking head interviews, the staple of documentary films. That includes the culprits whom this reviewer believes deserve audiences’ deepest contempt.

The primary portraits are plaintiffs in legal battles in three different states. One is Mikkel Jordahl, an Arizona attorney who provides legal services to the incarcerated. He was shaken to learn that to renew his contract he had to agree not to engage in a boycott of Israel. He sues the State of Arizona for what he believes is government overreach; he cannot agree with the contract because he is well aware of the atrocities committed against Palestinians in the Occupied Palestinian. His conscience.

A second is Texas childhood speech therapist, Bahia Amawi, who works in a public school. She loses her job for refusing to sign the state’s anti-boycott pledge. She is a Muslim with kin in the Occupied Palestinian Territories and she lives by a commitment to safeguard the right to free speech for her daughters and future generations.

The third is Alan Leveritt, publisher of the Arkansas Times. He too files a lawsuit after the University of Arkansas tells him that the state-funded university cannot pay for ads in his newspaper if he doesn’t sign Arkansas’s anti-boycott pledge. He fervently believes that government has no right forcing individuals to adhere to certain political agendas and that the law want the Arkansas Times to compromise its journalistic integrity. 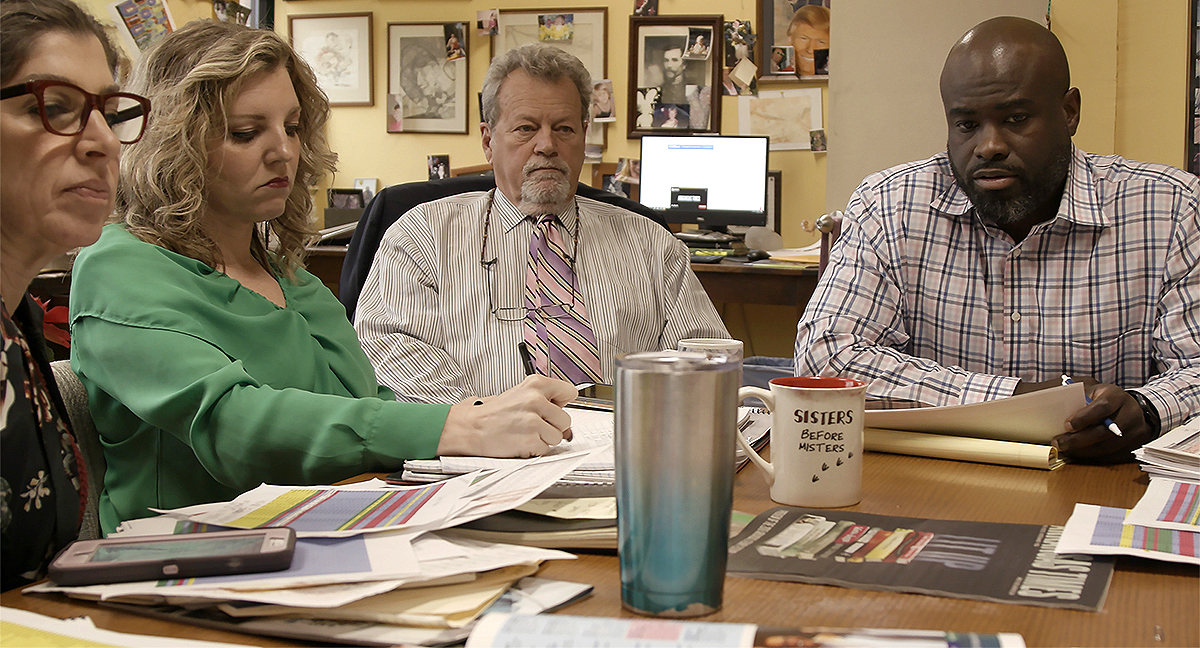 Alan Leveritt, publisher of the Arkansas Times, in a staff meeting. Image courtesy of Just Vision

There is substantive information about the protagonists of anti-boycott bills. The filmmakers’ methodology of focusing on a few states effectively them to address what’s happening in all states, wielding that like the power of a velvet glove.

The film chronicles the fortitude of three Americans fighting for their freedom of expression, and it lays bare what’s at stake if they fail: Our constitutionally-protected right to boycott. Anti-boycott laws could be used to silence voices of dissent on a whole range of issues. There are lawmakers actively citing legislation to ban boycotts of Israel as their inspiration for similar laws punishing those who boycott the gun industry or divest from fossil fuels. Other anti-protest laws,flying under the radar, are targeting the Movement for Black Lives Matter and indigenous rights activists.

According to Amnesty International, the Israeli Government has displaced hundreds of Palestinians in Israel and the occupied West Bank, including East Jerusalem, as a result of home demolitions and imposition of other coercive measures. Israeli forces continued to use excessive force during law enforcement activities in Israel and the OPT. Israeli forces have killed 31 Palestinians, including nine children, in the OPT; many were unlawfully killed while posing no imminent threat to life.

For the past 18 years, Just Vision has been  making films about everyday people going up against extraordinary odds in the struggle for justice, equity and dignity in Israel-Palestine. The filmmakers traced the network of supporters and architects of the bill: Traditional Israel lobbying organizations working in lockstep with fundamentalist right-wing organizations, with the support from several other organizations in to fight the Boycott, Divestment, Sanctions (BDS) Movement that emerged in 2005 as Palestinian civil society called on the international community to hold Israel accountable for its human rights atrocities.

Itamar Benzaquen, a reporter for The Seventh Eye, an Israeli investigative magazine devoted to journalism, the media, freedom of speech and transparency. He helps the filmmakers understand the rapid spread of anti-boycott bills. In whose interest are these laws being passed?

Brian Hauss, attorney, American Civil Liberties Union. Believes boycotts are the core of American democracy and are at risk nationwide.

Laiken Jordah, Mik Jordah’s, son, an environmental and social justice activist. The younger Laiken grew up in the Jewish tradition and reflects on his bond to his grandparents and the injustices he and his father witnessed when visiting the Occupied Palestinian Territories.

Vince Warren, Executive Director of the Center for Constitutional Rights, a group that has been investigating the role of the pro-business organization, American Legislative Exchange Council (ALEC), in passing anti-boycott laws across the country.

Senator Bart Hester, Republican Majority Leader of the State Senate in Arkansas. States that he is the proud sponsor of the Arkansas anti-boycott
bill and speaks about his motivation to sponsor the bill, introducing us to a network that is determined to help lawmakers replicate these bills in state legislatures across the country.

Lara Friedman, President of the Foundation for Middle East Peace, a Washington-based organization promoting a just resolution to the
Israeli-Palestinian conflict.

Dima Khalidi, Founder and Director of Palestine Legal, a group that provides legal advice and litigation support to individuals and communities who stand up for justice in Palestine.

Peter Beinart, Columnist, journalist and political commentator, a regular contributor to The New York Times and frequent commentator on CNN.