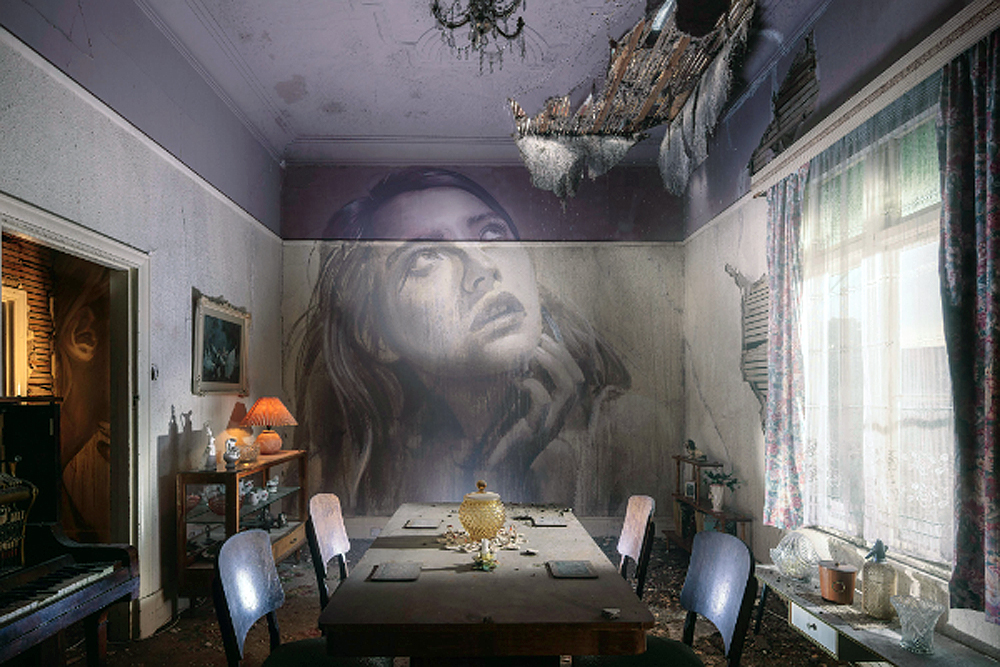 “By expanding our virtual reality programming for 2018. it’s our hope to expose our audiences to compelling stories — documentaries, narrative pieces, games — that will both capture their imaginations and make them think,” said  programmer Matt Bolish. “The addition of our ‘Arcade’ gives attendees the chance to really dig in, explore, and interact with the work, each other, and the storytellers shaping this exciting form.”

Over the course of NYFF’s final weekend, audiences can experience wide-ranging selections of Virtual Reality and Immersive Cinema with several World Premieres including:

Additionally, Convergence will present the U.S. premiere of Cycles, Walt Disney Animation Studios’ first ever VR short, a brilliant meditation on what makes a house a home.

Convergence includes virtual cinema works, a program of VR documentaries, and a special “Arcade,” giving participants the opportunity to experience several VR stories from multiple creators in the same space. In addition, there will be a live Columbia Digital Storytelling Lab, where participants can engage with an AI system through conversation and see how the AI uses their conversations to create its own “human” story.

Tickets for the 56th New York Film Festival go on sale to the general public on September 9. Film Society Members at the Contributor Level will receive an early access period in advance of the public, along with $5 off all Festival and year-round tickets. Learn more atfilmlinc.org/membership.

Fire Escape
Virtual Reality/Google DayDream
Dir. Navid Khonsari, USA, 2018, 45m
It’s impossible not to think of Hitchcock’s classic Rear Window during the opening moments of this sleekly rendered, interactive thriller. Cast in the role of an urban voyeur, our nightly sojourns onto a Brooklyn fire escape give us a front row seat to the dramas unfolding in the apartment across the street. The familiar—and safe—distance between audience and action is shattered when your “in-game” phone chirps; soon, we are not just watching events, but are thrust into a world of deceit and murder via text, chat, and immersive audio. This cutting-edge adventure from inkStories (Hero and 1979 Revolution), shown for the first time in its entirety, blurs the lines between game, film, and episodic storytelling, all while creating something entirely new.

What Goes Up/Must Come Down
Virtual Reality & Video Installation
Dir. Eline Jongsma and Kel O’Neill, USA, 2018, 10m
World Premiere
Each year as the celebration for the Lunar New Year winds down, tourists converge on a village just outside of Taipei to launch thousands of lanterns into the night sky. They represent the hopes of their owners, and as they soar into the darkness they make for one hell of an Instagram post. But what happens when dawn breaks, the tourists leave, and those thousands of wishes fall out of the sky? Ingeniously weaving virtual reality and conventional 2D filmmaking, Jongsma and O’Neill fuse two discrete documentaries about the Pingxi Sky Lantern Festival into a singular whole, and suggest that our dreams may have staggering, real-world consequences.

Hope Against the Haze
Virtual Reality – Documentary
Dir. Tiffany Hill, India, 2018, 12m
World Premiere
Mumbai is on the verge of crisis: thousands of pounds of trash are poured onto the city’s once vital beaches every day. This piece helps you join the citizen-led effort committed to reclaiming a paradise in the heart of the city by removing 12 million pounds of garbage.

Awake: Episode I
Virtual Reality – Narrative
Dir. Martin Taylor, Australia, 2018, 20m
The mysteries of time, obsession, and the self are examined in this cinematic virtual reality experience. Harry is a prisoner, not only of his own home but also of his obsession with a recurring dream of his lost love, Rose. Audiences step into the character’s dream world, shaping the story as it unfolds around him. Participants’ actions will reveal layers of story, artifacts of the past, and vital clues necessary to save Harry, as well as reveal the hidden potential of humanity. Thought-provoking and entertaining, Awake: Episode I combines an engaging narrative with cutting-edge technology, showing the power of this immersive form of storytelling.

Battle Scar
Virtual Reality – Narrative
Dir. Marin Allais and Nico Casavecchia, USA/France, 2018
Any mention of the New York music scene of the late 1970s conjures images of the Ramones and Talking Heads, crowded clubs like CBGB, and neighborhoods such as the Bowery and the East Village. When the fates of wide-eyed lyricist to-be Lupe (voiced by Rosario Dawson) and budding frontwoman Debbie collide, the two women form a friendship that leads them through the unique crucible of the Lower East Side’s punk subculture. A coming-of-age tale of two artists, this animated, episodic piece plays with point of view and perspective to filter New York’s past through today’s technology.

Cycles
Virtual Reality – Narrative
Dir. Jeff Gipson, USA, 2018, 3m
U.S. Premiere
Churchill said, “We shape our buildings; thereafter they shape us.” There’s a profound difference between a house and a home: the first is a structure made up of four walls, a roof, and a floor; the second is much more than a place. This experimental VR short from Walt Disney Animation Studios centers on this distinction. Inspired by director Jeff Gipson’s childhood recollections of spending time with his grandparents, this is a bittersweet meditation on memory, emotion, family, and all that goes into making a home.

Rone
Virtual Reality – Documentary
Dir. Lester Francois, Australia, 2017, 15m
In the early 2000s, muralist Rone became a driving force within Melbourne’s street art scene. His distinctive large-scale portraits of female faces comment on both gentrification and the masculinity that dominated his artistic circle. His pieces can be found inside decaying buildings and on crumbling walls from New York to Tokyo, as well as in the National Gallery of Australia. Lester Francois’s vivid 360-degree film plunges viewers into Rone’s process and philosophy.

Where Thoughts Go
Dir. Lucas Rizzotto, USA, 2018
Virtual Reality – Experimental Documentary, 24m
In our hyper-connected world, technologies that should bring people together often seem to push them further apart; meaningful interactions feel scant, and emotions can be liabilities. Where Thoughts Go seeks to change that. Viewers take part in an ever-evolving social experience that is intimate in scale but vast in scope. While guided through a series of questions, players are invited to explore the thoughts, dreams, and memories of previous visitors to this poignant digital landscape, and in so doing, reflect on their own lives.

Frankenstein AI: A Monster Made by Many
Live Prototyping Experience
Presented by Lance Weiler, Columbia Digital Storytelling Lab, 120m
It was an innocuous challenge, issued by Lord Byron 200 years ago, that sparked Mary Shelley’s imagination to bring Frankenstein to life. Join Columbia University School of the Arts’ Digital Storytelling Lab as they bring this spark to NYFF Convergence with a special lab session mixing story, play, design, and AI. Working with lab facilitators, participants will prototype an immersive dinner party, where guests will interact with a custom-made “Frankenstein” AI through voice and text.

The AI will engage in conversation, surfacing audience fears and hopes through personal stories. Those same fears and hopes will become the “body parts” that the AI will use to craft its own ghost story, questioning the act of creation and reminding us all what it means to be human.