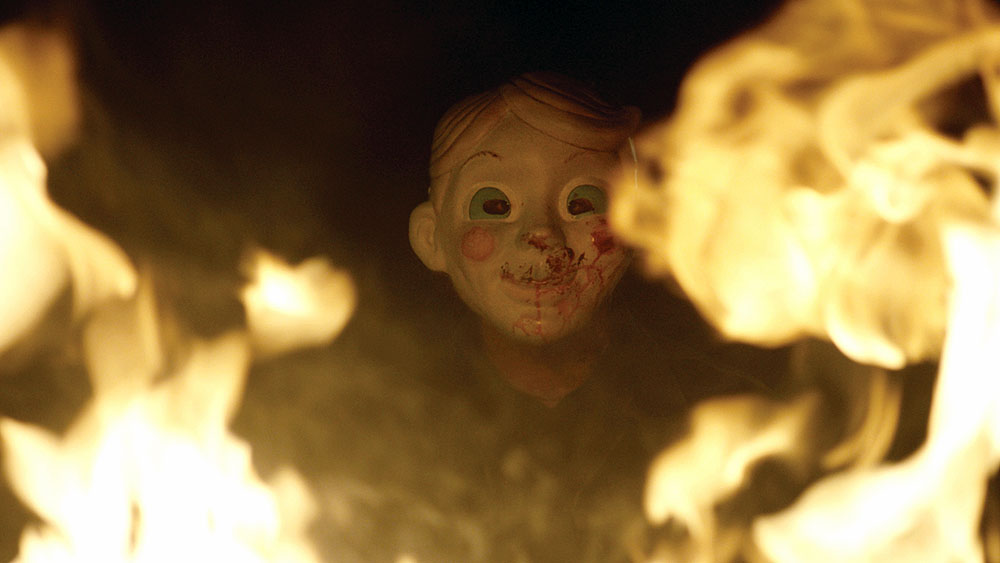 This movie creeped me out.

The savage wit behind its levity took the edge off any semblance of verisimilitude, not that any was ever any intended, and that, thank the gods, kept me from being really, really creeped out and only just creeped out.

If I had imagined for one second that what I was seeing on the screen could actually occur in real life, my mind would have succumbed early in the movie instead of later when I lost track of the story because of bloody pandemonium unfolding on the screen.

This can’t ever happen in real life – that was the subconscious refrain sort of playing in my mind, subconsciously, of course, as the pulverizing of flesh and bodies was meticulously and maliciously depicted.

TFF publicity read, In an unidentified prison, a madman is executed via the electric chair. This triggers a sort of Mischief Night  for a group of serial killers out in the city. So, I thought, yeah, this could be good.

PSYCHOPATHS opens with Henry Earl Starkweather, played by Larry Fessden, spewing venom at the audience, promising a reign of evil unlike the world has ever seen after he’s electrocuted. I knew he was talking mass murder and not genocide but the name Starkweather caught my attention. Before Fessden was born and this movie was even conceived conceptually, and that goes for Keaton too, there was a Charles Raymond “Charlie” Starkweather who took out 11 people in Nebraska and Wyoming during a killing spree in a summer of 1959.

He was accompanied by his girlfriend, 14 or thereabouts. Terrence Malick made a movie based on the killing spree, starring Martin Sheen, who played the protagonist Kit, not the real Charlie Raymond Starkweather, and Sissy Spacek playing Holly, not name of the real ingenue who was Starkweather’s  girlfriend. Malick portrayed them as screwy eccentric and cute. Spacek-Holly, playing an impressionable teeny bopper, narrated the movie. I guess Sheen and Spacek being cute helped the movie otherwise, no one would have gone to see it at the time, I think.

I’ve interviewed prison and death row inmates, all convicted of homicides, of course, diagnosed as psychopaths or sociopaths, for projects I did and was considering doing, and I’ve read and re-read specific chapters of the the Diagnostic and Statistical Manual of Mental Disorders, the bible of the American Psychiatric Association, to help get a handle on sociopaths vs. psychopaths so that whatever I eventually wrote – and did – would stand up to any critical reviews, which really happened..

Had never seen a Mickey Keating movie until now but eventually learned he was up and coming hot. Plus, one of the real joys of PSYCHOPATHS is this: No zombies. Not hints, no feints, nada.

[According to several mental healthy medical sources, there are distinct differences between sociopaths and psychopaths. And I think Keating decided – I didn’t attend his Q&A at Tribeca, so I’m speculating – had decided that he was going to make a movie and use mental illness instead of the occult or paranormal or zombies to rend the minds of audiences, especially those who knew of his CARNAGE PARK (2016), DARLING (2015) and POD (2015).]

Keating doesn’t need Satan, evil spirits, paranormal entities or extraterrestrials to explain the preternatural powers of the killers in his movie. That’s because of his savage wit.

So, as I wrote earlier, when I heard “Henry Earl Starkweather,” at the beginning of the movie, I immediately assume that there was some kind of karmic connection between directors. Malick’s Kit, however, did bear the features of a psychopath, absolutely empathy free regarding human beings. Keating’s Henrie Earl Starkweather, I argue, is not a psychopath but the f*cking primordial beast strapped in out DNA. And that goes for his other freewheeling mass murderers.

Fessden shows up in a lot of creepy horror movies. For Keating, he showed up in footage black and white and in grainy head shots, a man who hadn’t shaved in years, who had been chewing tobacco for years or the tobacco had been chewin’ away at his teeth and gums for years. He was grisly. Yet, I wasn’t particularly creeped out at this stage, and, yeah, I thought, this has promise. I need to get ready for a good ride. 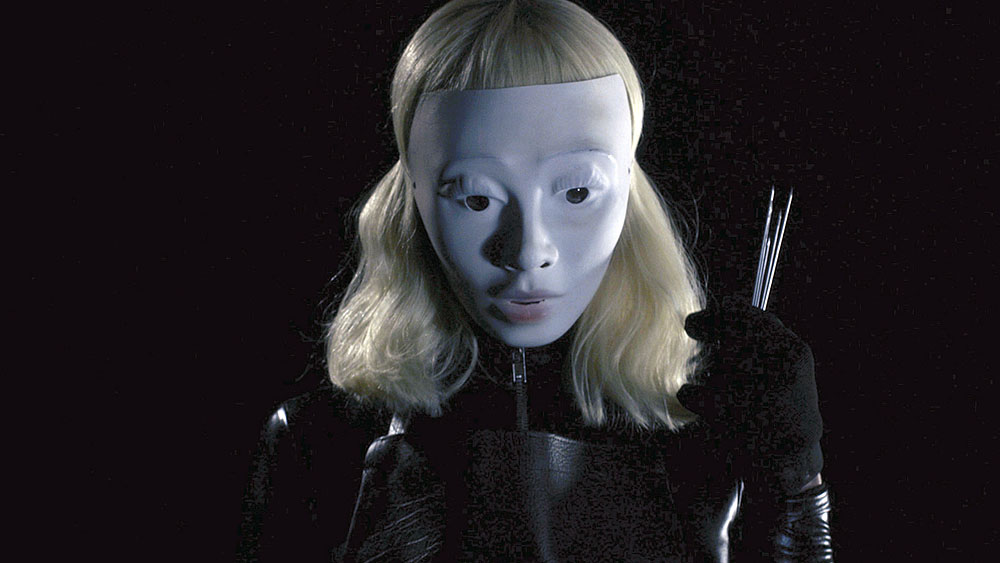 But that was early in this movie. As I said before, the creep eventually crept in and creeped me out.

There’s no gratuitous slasher-slicer violence and gore but there is mind-f*cking slasher-slicer violence, nevertheless, and it did eventually creep me out – especially after the slashing and stabbing seem to be happening so fast that all I knew if I blinked at the wrong time or even dare to avert the eyes for just a second I would miss an inexplicable something taking place on the screen. I tried, I struggled o be ready for the next @#$@! scenes. Kaleidoscopic, truly Kaleidoscopic. And the segueing back and forth from one character to another started fears that I, not the movie, was approaching a frenzied state..

Mickey Keating, goes some publicity info, has been exploring insanity for his last few films, and after the monochromatic psychodrama of DARLING and the desert dementia of CARNAGE PARK, he goes full-blown crazy with PSYCHOPATHS, abandoning conventional storytelling to plunge into the avant-garde. Yep, I can attest to that.

I was creeped out by the avant-garde? Hadn’t thought of that.

PSYCHOPATHS was described by Keating during a post-screening Q&A at TFF as “a collage of violence and glamour.” I was really creeped out by Asheley Bell’s Alice, with her alabaster skin and blood-red lipstick that could glow in the night. I was creeped out by other characters but realize that this review is much longer than I had planned so I’m wrapping up here.

Enough. Go see this movie. It’s no longer at TFF, which ended today, but will be showing up in available venues, I have no doubt.