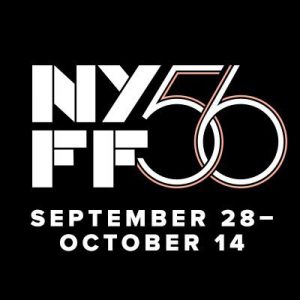 Highlights include Orson Welles’s long-awaited The Other Side of the Wind and Morgan Neville’s companion doc They’ll Love Me When I’m Dead; Rex Ingram’s The Four Horsemen of the Apocalypse with a live score; and an expanded Film Comment Presents. Plus Main Slate selection Barry Jenkins’s If Beale Street Could Talk will have its U.S. Premiere at the historic Apollo Theater.

Special Events will feature Orson Welles’s long-awaited The Other Side of the Wind, finally completed by his collaborators this year, which follows the last night in the life of a legendary Hollywood filmmaker as he completes his final film. That will screen alongside Morgan Neville’s in-depth documentary They’ll Love Me When I’m Dead, which uncovers the fascinating story behind Welles’s last completed film, 50 years in the making.

Rex Ingram’s World War I epic The Four Horsemen of the Apocalypse (1921), the breakout film for iconic silent actor Rudolph Valentino, will screen on a beautiful 35mm print from Martin Scorsese’s collection, accompanied by the North American premiere of a new live score written and performed by a five-piece orchestra led by Matthew Nolan.

The sixth annual Film Comment Presents selections are Ali Abbasi’s genre-friendly fantasy-drama Border, which won Cannes’ Un Certain Regard award, and The Wild Pear Tree, an intimate portrait of a promising but adrift young literary graduate from Turkish Palme d’Or winner Nuri Bilge Ceylan (Once Upon a Time in Anatolia, NYFF49). In previous years, Film Comment has championed films such as Sergei Loznitsa’s A Gentle Creature, Terence Davies’s A Quiet Passion, Steve McQueen’s 12 Years a Slave, and László Nemes’s Son of Saul. The magazine will also host three live events: a roundtable discussion with a trio of NYFF filmmakers about their experiences as movie lovers and creators, a dialogue on representation in cinema, and a critical wrap report of the festival’s highs and lows. All three will also be recorded for the weekly Film Comment Podcast.

Finally, the New York Film Festival is pleased to announce that the U.S. premiere of Main Slate selection If Beale Street Could Talk will take place at the world famous Apollo Theater, the first time that the festival will present a screening at the historic theater. The film was largely shot in New York City, including many Harlem locations. In celebration of the vibrant community and their support of the film, Annapurna, the Film Society of Lincoln Center, and the Apollo Theater will work together to present a host of outreach programs. Local students as well as Harlem residents will be among the first audiences invited to see the James Baldwin adaptation, in the neighborhood that is home to its characters. The film will also screen on the Lincoln Center campus during the festival.

Writer-director Barry Jenkins said, “It’s been an honor working with the estate to bring this piece of James Baldwin’s legacy to the screen. From the birthplace of Baldwin to the streets and homes within which we made this film, the honor is doubly felt in the NYFF’s generous offer to widen its borders for our U.S. premiere: up on 125th Street, in the community Jimmy forever knew as HOME.”

As previously announced, the NYFF56 Opening Night is Yorgos Lanthimos’s The Favourite, Alfonso Cuarón’s ROMA is Centerpiece, and Julian Schnabel’s At Eternity’s Gate will close the festival. The complete lineup for the Main Slate can be found here, for Projections here, for Convergence here, Spotlight on Documentary here, and Retrospective and Revivals here. Shorts as well as filmmaker conversations and panels will be announced soon.

Tickets for the 56th New York Film Festival go on sale to the general public on September 9. Film Society Members at the Contributor Level will receive an early access period in advance of the public, along with $5 off all Festival and year-round tickets. Learn more at filmlinc.org/membership.

The Four Horsemen of the Apocalypse
Dir. Rex Ingram, USA, 1921, 132m, 35mm
Rex Ingram’s adaptation of the famous novel by Vicente Blasco Ibáñez gave us one of cinema’s greatest antiwar films and catapulted actor Rudolph Valentino into history as one of the first screen idols. The Four Horsemen of the Apocalypse is a devastating epic centered around a divided Argentine family fighting on opposite sides during World War I. Famously remembered for the cool, sensual, and powerful tango sequence lead by Valentino, the film endures for Ingram’s meticulous attention to mise en scène — beautiful and macabre compositions alike — and the nuanced performances from a cast including Alice Terry and Josef Swickard.

The score was commissioned by and premiered at the St. Patrick’s Festival Dublin in March 2018. Supported by Culture Ireland. Special 35mm print courtesy of Martin Scorsese from the M.S. Collection at the George Eastman Museum.

The Other Side of the Wind
Dir. Orson Welles, USA, 2018, 122m
Cinema lovers around the world have been waiting to see this legendary movie for more than 40 years. Orson Welles started shooting in 1970 with a precarious funding scheme, an ever-mutating script, and the lead role of Jake Hannaford, an old-guard macho Hollywood director at the end of his tether, yet to be cast. When he died fifteen years later, the film was not only unfinished but in legal limbo. Almost 50 years after Welles started shooting, The Other Side of the Wind has finally been completed by Welles’s collaborators.

They’ll Love Me When I’m Dead
Dir. Morgan Neville, USA, 2018, 98m
The story of the making of The Other Side of the Wind is as engrossing and rich in character and incident, and perhaps even more epic in scale, than the film itself. Morgan Neville’s documentary complements and deepens the experience of Welles’s film by placing it within the context of his life and career, setting the scene and the particular mood of Hollywood in the early 1970s, and chronicling every last creative, legal, financial, and behavioral twist and turn on the circuitous road from the first set-up to the first official screening almost 50 years later. The title, of course, comes from none other than Welles himself. A Netflix release.

Film Comment Presents:
Border
Dir. Ali Abbasi, Sweden/Denmark, 2018, 108m
Scandinavian mythology makes for a visceral fantastical drama on the mystery of identity in this adaptation of a story by Let the Right One In writer John Ajvide Lindqvist. Ali Abbasi’s twisty Cannes award-winner (Un Certain Regard, 2018) centers on a customs inspector, Tina, who possesses the ability to sniff out contraband and moral corruption. Her findings lead her into a criminal investigation, but the heart of Border lies with Tina, who tires of her deadbeat roommate and experiences a full-bodied awakening like little else seen on screen. Grounding it all is Eva Melander’s outstanding, minutely sensitive performance, the true north for Abbasi’s genre-driven momentum. A NEON release.

The Wild Pear Tree
Dir. Nuri Bilge Ceylan, Turkey, 2018, 188m
The gorgeous backdrop of rolling country and idyllic farmland are cold comfort to the frustrated hero of The Wild Pear Tree. Turkish auteur Nuri Bilge Ceylan (Once Upon a Time in Anatolia) captures the wrenching struggles of a bright literary graduate, Sinan (Aydın Doğu Demirko), who is trying to take flight in a world he can’t entirely accept. Ceylan revives a deeply humanist cinema of ideas in tracking Sinan’s path through the more urgent questions of youth, romance, religious orthodoxy, and shaking off the burdens of your family—without ennobling the all-too-human Sinan. Often shooting in unbroken takes, Ceylan compellingly “renders the frustrations of this young man as so much misplaced passion” (Kent Jones, Film Comment). A Cinema Guild release.

Film Comment Live:
The Cinema of Experience
At this year’s NYFF, filmmakers are rising to the challenge of representing diverse experiences at a pivotal time in our nation’s history. Our guests will discuss how cinematic technique is used to reflect such experiences and what is different about the latest generation of storytelling.

Filmmakers Chat
For the third year, Film Comment gives you the rare chance to see some of today’s most important filmmakers in dialogue with each other. A selection of directors whose films are screening at this edition of NYFF will talk together in a discussion moderated by Film Comment editor-in-chief Nicolas Rapold.

Festival Wrap
In what is becoming an annual tradition, Film Comment contributing critics and editors gather for the festival’s last weekend and talk about the films they’ve seen, discussing — or arguing about — the selections in the lineup, from Main Slate and beyond.