TFF’s Tribeca Immersive, which leads as an incubator for innovation and is a global stage where top VR creators choose to debut their latest work, will showcase more than 30 cinematic and cutting-edge virtual reality, augmented reality and mixed reality experiences by top artists who push the boundaries of storytelling with technology.

Tribeca Immersive encompasses two events that run the duration of the Festival, Virtual Arcade, presented by AT&T, and Tribeca Cinema360. The Tribeca Film Festival takes place from April 24 to May 5. 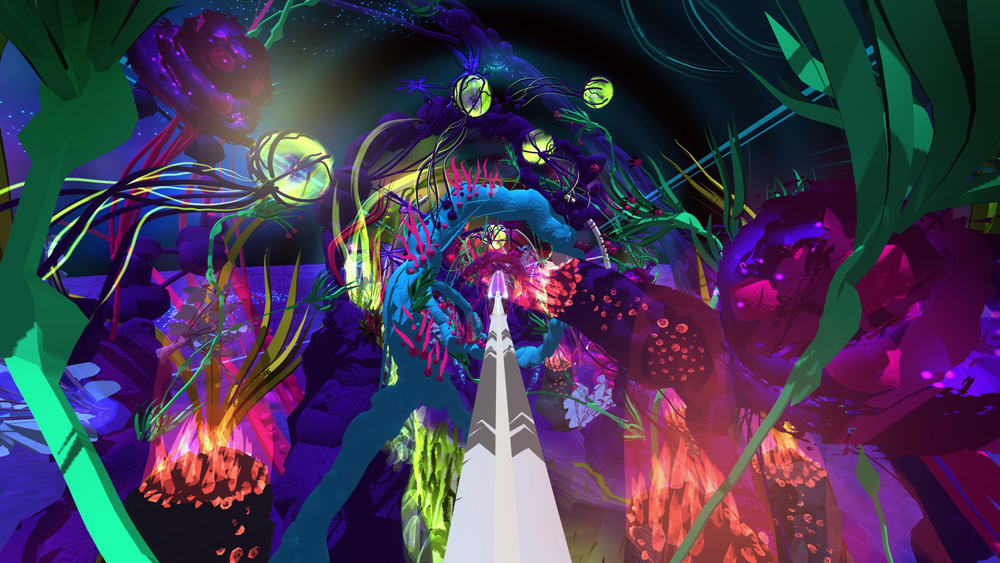 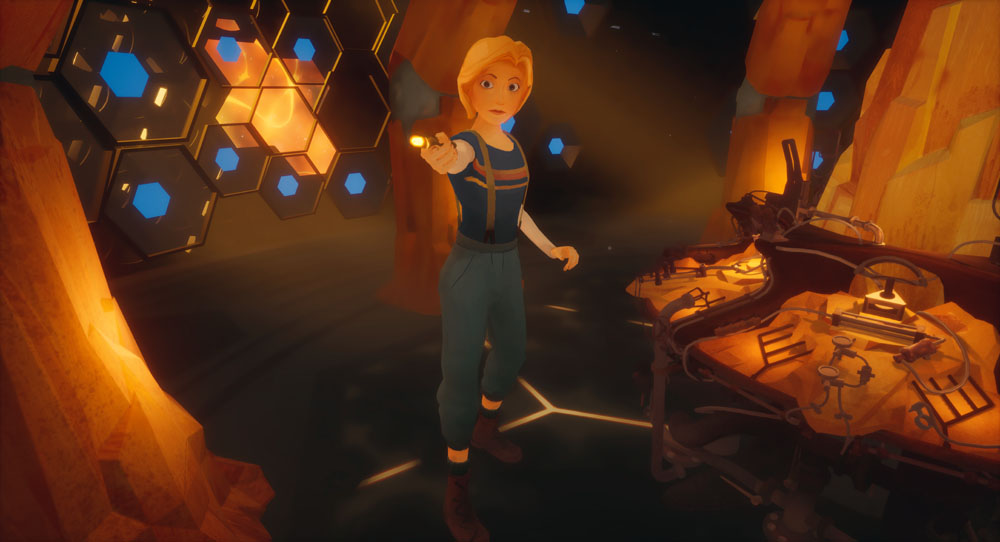 Visitors to the Virtual Arcade will encounter a lineup of 22 compelling VR, AR and MR experiences and exhibits from new and established artists, with Tribeca Cinema360 featuring 12 curated screenings in a custom VR theater. Immersive attendees will be transported to places they’ve never been, from a time-warping dream bubble (Future Dreaming) to an alien jungle (Bonfire), to riding on the back of a jellyfish to experience the wonders of the deep to see the impact of pollution from a vitally different perspective (Drop in the Ocean).

The Festival will premiere the first Dr. Who experience in VR, Dr. Who: The Runaway, voiced by the current and first female doctor Jodie Whittaker, and also present a one-of-a-kind collaboration with popular historian/podcaster Dan Carlin and MWM Immersive that transports attendees to a WWI battlefield with stunning realism (War Remains).

Numerous projects in this year’s program address relevant cultural issues, including gun control (12 Seconds of Gunfire: The True Story of a School Shooting), gentrification (Common Ground), pollution and conservation (Drop in the Ocean) and persecution of the LGBTQIA community (Another Dream). Throughout the exhibition, Tribeca welcomes bleeding-edge creativity, showcasing top tech innovations, many of which showcase the future of location-based entertainment.

At this year’s Virtual Arcade, the Storyscapes juried selections present new trends and innovative work across mediums that integrate various forms of audience participation, with interactive installations focused on emotion and the human experience. The Storyscapes Award, presented by AT&T, honors artists who bridge the gap between technology and storytelling. This year, four of the five experiences up for the award were made by female creators. 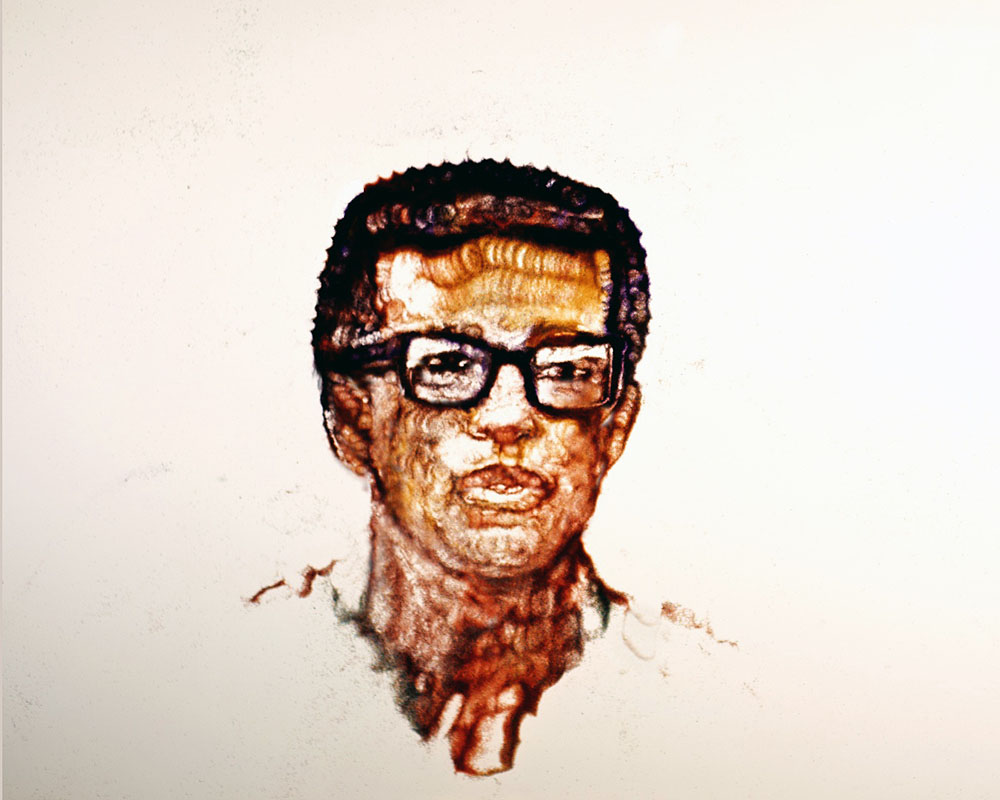 Arthur Ashe emerged as an elite athlete who parlayed his fame as the first black man to win the US Open tennis championship into a lifetime devoted to fighting injustice.

Tribeca Immersive includes innovative experiences from creators such as Eric Darnell and Baobab Studios (Bonfire), Jessica Brillhart (Into The Light), Jan Kounen and producers Atlas V (Ayahuasca), Celine Tricot (The Key), Clyde Henry Productions, The National Film Board of Canada, and Felix & Paul Studios (Gymnasia), Adam May (A Drop In The Ocean), Dan Carlin and MWM Immersive (War Remains) and Fable Studios’ Pete Billington and Jessica Yaffa Shamash (Wolves in the Walls: It’s All Over). Other notable names involved with projects include comedian Ali Wong (Bonfire), actors Jeffrey Wright and Noah Schnapp (Wolves In The Walls: It’s All Over), and musician Yo-Yo Ma (Into The Light).

“It has been a wild ride seeing how artists and filmmakers have responded to new technologies over the years, constantly pushing and prodding and exploring the edges of things in order to make beautiful and vital work,” said Ingrid Kopp, co-curator of Tribeca Immersive.

2nd Civil War (World Premiere) – USA
Project Creator: Kevin Cornish
Key Collaborators: Moth + Flame, Conversive, Pollution Studios, Denis Sharabarin
2nd Civil War has broken out in America. In this voice-activated VR experience, you will drop into an Insurgent Hot Zone, interrogate the inner circle of the insurgency and decide: which side are you on?

7 Lives (World Premiere) – Luxembourg, France, Belgium
Project Creator: Charles Ayats, Sabrina Calvo, Jan Kounen
Key Collaborators: Franck Weber, Céline Tricart, Marie Blondiaux, Adrien Oumhani
An afternoon in June. Tokyo. 5 p.m. A girl jumps in front of the subway. Her soul rises from the rails. On the platform, the witnesses of the scene are in shock. It revived a trauma in them, painful memories they never overcame…

Common Ground(World Premiere) – UK
Project Creator: Darren Emerson
Key Collaborators: Ashley Cowan, Conan Roberts
Explore the notorious Aylesbury Estate, concrete monument to the history and legacy of social housing in the UK, and home to a community affected by forces beyond their control.

Doctor Who: The Runaway (World Premiere) – UK
Project Creator: BBC / Passion Animation Studios
Key Collaborators: Mathias Chelebourg
Step inside the TARDIS with the Doctor in this beautiful, animated, interactive story from the Doctor Who team. With Jodie Whittaker, Richard Elfyn.

Gymnasia (World Premiere) – Canada
Project Creator: Clyde Henry Productions
Key Collaborators: The National Film Board of Canada and Felix & Paul Studios
Step into a dream, where the ghostly ephemera of a lost childhood await you.

Stealing Ur Feelings (World Premiere) – USA
Project Creator: Noah Levenson
Key Collaborators: Brett Gaylor
Stealing Ur Feelings is an AR experience about the power of facial emotion recognition AI that exploits your reaction to its own content in horrifying ways.

Where There’s Smoke (World Premiere) – USA
Project Creator: Lance Weiler
Key Collaborators: Peter English, Julia Pontecorvo, Dale Worstall
Where There’s Smoke mixes documentary, immersive theater, and an escape room to explore memory and loss. Set within the aftermath of a blaze, participants race to determine the cause of a tragic fire by sifting through the charred remains.

STORYSCAPES
Sponsored by AT&T
The competition includes four world premieres and one International premiere. One Storyscapes nominee will be selected by a jury to receive the Storyscapes Award, presented by AT&T, which recognizes groundbreaking approaches in storytelling and technology. The five projects come from Australia, Egypt, Iraq, Netherlands, UK and USA.

The Collider (North American Premiere) – UK
Project Creator: Anagram.
Enter The Collider, a machine built to decipher the mysteries of human relationships. The Collider is an immersive virtual and theatrical experience exploring power, dependency, and the space between people.

The Key (World Premiere) – USA, Iraq
Project Creator: Celine Tricart
Key Collaborators: Gloria Bradbury
An interactive VR experience taking the viewer on a journey through memories. Will they be able to unlock the mystery behind the mysterious Key without sacrificing too much?

Accused No. 2: Walter Sisulu (North American Premiere) – France
Project Creator: Nicolas Champeaux & Gilles Porte
Key Collaborators: Oerd Van Cuijlenborg, Aurélien Godderis-Chouzenoux, Michaël Bolufer, Jérémy Pouilloux
A trove of 256 hours of sound archives of the Rivonia trial bring back to life the political battle waged by Nelson Mandela and his seven co-defendants against apartheid. This film looks at one of them in particular: Accused No. 2, Walter Sisulu.

Space Buddies (World Premiere) – USA
Project Creator: Matt Jenkins, Ethan Shaftel
Key Collaborators: Piotr Karwas
It takes a special team of astronauts to survive the voyage to Mars without going insane. This crew will be lucky to make it past launch.

Water Melts (World Premiere) – USA
Project Creator: Lilian Mehrel, Mary Evangelista
Key Collaborators: Ting Liu, Maya Edelman. Ariel Marx
A blue-hearted rom-com about people who are going to lose someone they love. Nobody knows what to say, so they bicker, laugh/cry, get married. It’s a romantic comedy, after all.

Tickets for the 2019 Tribeca Immersive Program
Tribeca Immersive takes place in the Tribeca Festival Hub located at Spring Studios – 50 Varick Street. Admission to presentations of the Virtual Arcade featuring Storyscapes is $40. Screening tickets for Tribeca Cinema360 screenings are $15. Tickets can be purchased online at tribecafilm.com/immersive beginning March 26 or by telephone at (646) 502-5296 or toll-free at (866) 941-FEST (3378).

Packages and passes are now available for purchase on the 2019 Tribeca Film Festival App, on:

About the Tribeca Film Festival
The Tribeca Film Festival, presented by AT&T, brings visionaries and diverse audiences together to celebrate storytelling in all its forms, including film, TV, VR, gaming, music, and online work. With strong roots in independent film, Tribeca is a platform for creative expression and immersive entertainment. The Festival champions emerging and established voices; discovers award-winning filmmakers and creators; curates innovative experiences; and introduces new technology and ideas through premieres, exhibitions, talks, and live performances.

The Festival was founded by Robert De Niro, Jane Rosenthal, and Craig Hatkoff in 2001 to spur the economic and cultural revitalization of lower Manhattan following the attacks on the World Trade Center. Now in its 18th year, the Festival has evolved into a destination for creativity that reimagines the cinematic experience and explores how art can unite communities. The 18th annual edition will take place April 24 – May 5, 2019. www.tribecafilm.com/festival#Tribeca2019

About 2019 Tribeca Film Festival Partners
As Presenting Sponsor of the Tribeca Film Festival, AT&T is committed to supporting the Festival and the art of filmmaking through access and innovation, while expanding opportunities to diverse creators around the globe. AT&T helps millions connect to their passions – no matter where they are. This year, AT&T and Tribeca will once again collaborate to give the world access to stories from underrepresented filmmakers that deserve to be seen. “AT&T Presents Untold Stories” is an inclusive film program in collaboration with Tribeca – a multi-year, multi-tier alliance between AT&T and Tribeca along with the year-round nonprofit Tribeca Film Institute.