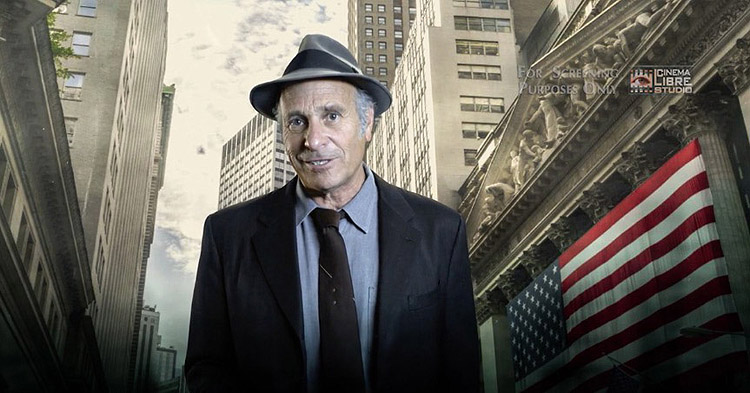 On the eve of the Mother of All U.S. Presidential Debates, Gonzo Guerrilla Journalist Greg Palast’s THE BEST DEMOCRACY MONEY CAN BUY, alleging a conspiracy by extreme right wing powers to nullify the votes of at least 1 million people, most are People of Color, is being shown at New York’s Cinépolis Chelsea, 260 West 23rd St.

A must see movie.

Millions of Americans may consider this another incredulous conspiracy theory of a movie, but this reviewer accepts it as a synchronistic message from the Universe, conjuring a kaleidoscopic vision for this writer of the spirits of true crusaders for democracy such as, but not limited to, I.F. Stone, Monty Python, John Stewart, Michael Moore, Hunter Thompson, Glenn Greenwald, Edward Snowden, Julian Assange, Jules Feiffer, Fox Mulder, Greg Palast and the Brennan Center for Justice.

Brennan Center? Its study, the Myth of Voter Fraud,  I regard as an absolute truth: “The Brennan Center’s ongoing examination of voter fraud claims reveal that voter fraud is very rare, voter impersonation is nearly non-existent, and much of the problems associated with alleged fraud in elections relates to unintentional mistakes by voters or election administrators.”

Millions of Americans could give a hoot about the center’s research and would consider preposterous that there are plans to screw 1 million people, mostly of color if not all of color, out of their Constitutional rights. [Though there are many who would stand their ground saying that this has been taking place ever since the country was founded.] It may take some effort – especially for those unfamiliar with Palast, who is not a frequent guest on corporate news and late night talk shows, to get a grip on his accusations and allegations because of the images on the screen, because of his cinematic methodology for exposing election fraud and corruption.

There he is, a caricature of a Philip Marlow detective-protagonist dressed in a worn two-piece suit and fedora, and supported by Monty Python-esque cartoon animations and Law & Order: Special Victims Unit characters, Ice-T and Richard Belzer, as well as actresses-celebrities Shailene Woodley, Rosario Dawson, Willie Nelson and Ed Asner, on screen as a cranky nonagenarian ready to go to his grave fuming about injustice). But Palast’s factual reporting cannot be denied. But can they be overshadowed by the images and humor, as bleak and black as his humor is?

After watching Palast pursuing and stalking and ambushing targets of opportunities and sneering pointed questions about their corruption, I realized that I have possibly served poorly my serious J-students without one reference to him or his many books – and that this kind of gonzo guerilla journalism needs to taught more in serious journalism programs.

The cinematography is superb and enhances this action-adventure travel odyssey as Palast travels from Kansas to the Arctic to the Congo and to a Hamptons dinner party to ambush-interview prey and expose their iniquitous plans. I admit it took some time adjusting to and accepting the dazzling methodology of Best Democracy Money Can Buy as it unfolded on the screen.

The humor, bleak and as black as it is, keeps the film from becoming a doomsday journal. There is still time to see it before the so-called great debate tomorrow.

Early scenes of this 110 minute action-adventure hit like a shotgun blast to the face. Palast, in a polar region, is engaged in an expletive-laced, face-to-face exchange with an irate tribal person amid scenes of what looks like the fresh kill of a huge sea beast with its entrails, guts, bones and flesh strewn about. Metaphorical? Nevertheless, it works marvelously.

Crosscheck is part of the 2016 – 2017 purge conspiracy. According to its operators, Crosscheck has identified 7.2 million people in 29 states who may have voted twice in the same election. Most of those cheaters are minorities who don’t support Republicans. Palast confronts Kansas Secretary of Kris Kobach with the evidence of his “lynching by laptop,” that his Crosscheck is a pure hooey.

Palast has produced big stories for BBC Television and his work has shown up in The Guardian, Nation Magazine, Rolling Stone and Harper’s Magazine. He has several New York Times bestsellers. Palast exposed how Florida purged thousands of blacks from the 2000 presidential election to help steal the election for George W. Bush.

I was aghast, almost, watching Donald Trump yucking it up with Jimmy Fallon as that late night host flossed his hair. Jimmy and his ilk wouldn’t dare yuck it up with David Duke and other recognized and vilified American extremists but there they are flossing Trump’s hair. Trump knows that whatever demagoguery and bigotry flows out of his orifices or from his twitter or phone calls to news media, that it will be lapped up by millions and millions as they watch him being sanitized and pasteurized by influential mainstream American institutions as if they too want to jump on Trumps “good side.”

Watching Trump beam and preen with Jimmy and the rest, the perception has to be that the juggernaut is about to go warp speed. THE BEST DEMOCRACY MONEY CAN BUY needs to be scene over and over.It opens in Los Angeles, Laemmle Noho 7, September 30. Followed by GATHR THEATRICAL – ON DEMAND Screenings. DVD & ON DEMAND – October 18