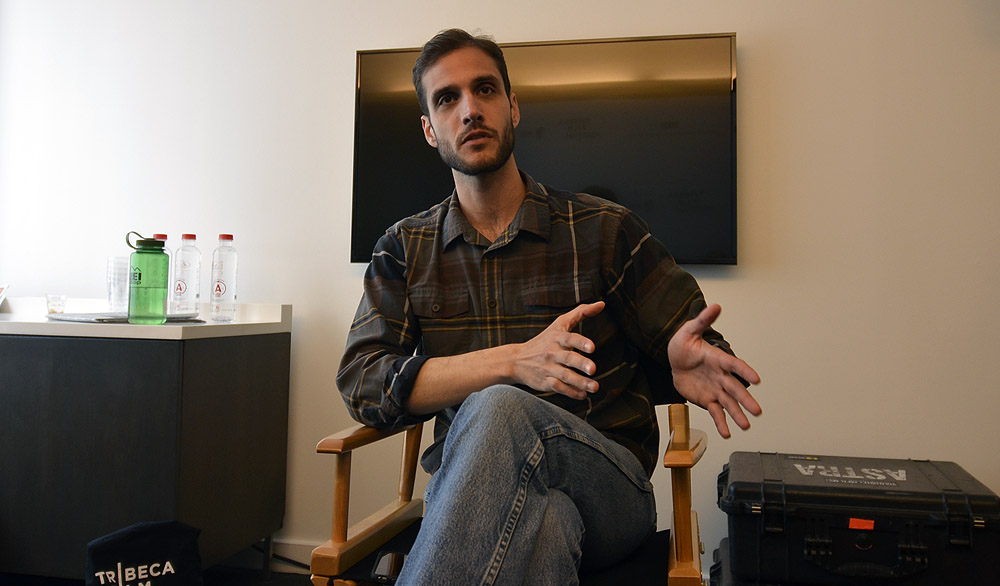 THE SENSITIVES is a compelling portrait of the lives of three families who found refuge in the picturesque American Southwest where the environment there helps them to deal with the harmful effects of inexplicable health disorders that weigh in on them physically and emotionally. A must see at the Tribeca Film Festival. Part 1 consisted of the film review and an in-depth Q&A.

What’s next for the director?

“Another documentary. I’ve been voraciously reading about a topic for the last … There’s something I’ve been wanting to do, I’ve been fantasizing about, even when I was shooting THE SENSITIVES. I always postponed research ’cause I didn’t want to have my head in two places. I wanted to concentrate on one thing at a time. Now that I’ve had a little more head space, I’ve been doing a lot of research about the topic I’ve been in love with. It’s a little early to talk about it, but there’s something I’m excitedly pursuing right now.”

He said he was “super juiced about it” and that “it’s one of the most enjoyable things I’ve ever dove into.” He plans to get started soon.

“I’ll probably try to do a test shoot this summer and start seeing, start fishing for stories. In journalism, what do they say, ‘You need a story not a topic,’ right? I have the topic, in love with it.” But he needs to find the story. “I know it’s there, but I need to find it. I need to find a story that speaks to the style that I like making.”

“Is this gonna be a one-man shoot again?” I had to ask.

“I don’t know. I really believe that the quality of images you get when you’re dealing with people is really dependent on the ratio of crew to … I mean, I think as few crew as possible is always a good thing for the kind of films that I like making. I think you get more intimate footage.”

So, I had to ask, “Is there any kind of a slight hint, without giving it away, that you could … Is there a particular area of the United States where you’re going to be doing most of your shooting?”

Drew Xanthopoulos, according to information from the Tribeca Film Festival, is a recipient of the Tribeca Film Institute’s Documentary Grant, twice of the Austin Film Society’s Grant, and IFP’s Documentary Spotlight for his forthcoming documentary, THE SENSITIVES. His award-winning documentary short, Western Brothers’ Adventure Story, has screened internationally and is used by youth education programs such as The Young Storytellers Foundation in Los Angeles and the Vimeo Video School.

Western Brothers’ Adventure Story by Drew Xanthopoulos on Vimeo.
In 2011, Xanthopoulos was nominated for the American Society of Cinematographers’ Student Heritage Award. He  regularly freelances as a documentary, narrative, and commercial cinematographer and his projects have premiered at the Sundance, SXSW, Edinburgh International Film Festival, and AFI Docs, among others. He’s shot in Tibet, Taiwan and throughout Europe and the United States. He’s most recently been the director of photography for Travis Mathews’ forthcoming feature Discreet, Kyle Henry’s Rogers Park and has contributed footage for Terrence Malick’s documentary, VOYAGE OF TIME.