Day-long, Saturday, May 4, 10 a.m. to 6, Tribeca Festival Hub at Spring Studios. Honoring  50th anniversary of the Stonewall riots, including one-on-one interviews with LGBTQ+ luminaries including Neil Patrick Harris, John Cameron Mitchell, Larry Kramer and guest speaker Asia Kate Dillon. The program will reflect on the impact of this seminal moment for the LGBTQ+ community and include conversations with Raul Castillo, Patti Harrison, Angelica Ross, and more.  Tickets are on sale now. 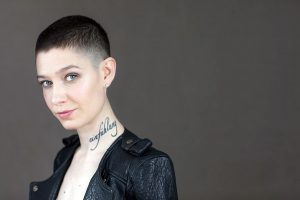 Tribeca encourages and supports inclusive storytelling and its LGBTQ+ focused programming is an integral part of the Festival, mirroring the diverse population of New York City itself. The program will feature notable LGBTQ+ guest speakers in a series of conversations, including the activists that make up the fabric of New York’s queer community, the thought leaders changing the landscape of film and television and the public figures leading the cultural conversation. Additionally, the event will shine a light on the LGBTQ+ experience through a carefully curated program of seven short films, all of which are playing in competition at the Festival.

The day will conclude with the world premiere of HBO Documentary Films’ WIG which spotlights the art of drag, and centers on the annual New York festival, Wigstock. The film showcases the personalities and performances that inform the ways we understand queerness, art and identity today. Following the premiere, audiences will be treated to a live drag show hosted by the founder of Wigstock, Lady Bunny. 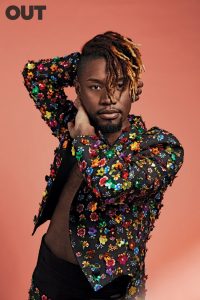 “This year, Tribeca will showcase artists who have used storytelling to bring people together around a common goal: inclusivity. We’ve come so far in the fifty years since the Stonewall riots, but there is so much more to be done,” said Paula Weinstein, EVP of Tribeca Enterprises. “In honor of that pivotal moment in our culture, we hope this day of LGBTQ+ storytelling-driven programming will not just honor the work of those who came before us, but also those who are helping to ignite the passion of the next generation.”

Leading the programming for Tribeca Celebrates Pride is Lucy Mukerjee, a Senior Programmer at the Tribeca Film Festival, and formerly the Director of Programming at Outfest and Newfest LGBTQ Film Festivals. Mukerjee said, “I’m thrilled to have this opportunity during my first year at the Tribeca Film Festival to bring the queer community and our allies together. This exciting landmark event at the Festival showcases how fostering LGBTQ+ culture plays a role in moving society forward and creating a better tomorrow.”

Tickets are on sale now for Tribeca Celebrates Pride a day long event from 10am to 6pm ($30), followed by the World Premiere of Wig ($30).

Neil Patrick Harris
The Emmy and Tony award-winning actor, writer, producer, singer and all-round entertainer, known most recently for his role in Netflix’s A Series of Unfortunate Events, will take a look back at some of his most significant milestones including being the first openly gay man to host the Academy Awards, being named one of Time Magazine’s Most Influential People, and being a father of two. 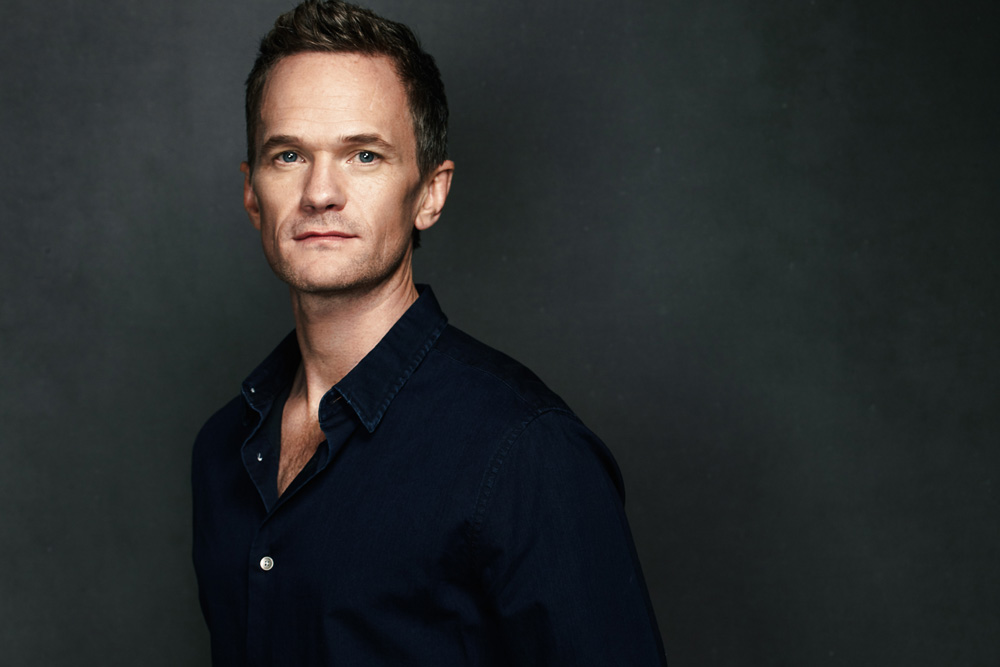 John Cameron Mitchell in conversation with Patti Harrison
The director of Hedwig and the Angry Inch (2001), Shortbus (2006), Rabbit Hole (2010), How To Talk To Girls At Parties (2017) and the upcoming musical podcast series Anthem: Homunculus, reflects on being open about his queer identity throughout his career and how that has fed his creative work. In conversation with his Shrill co-star, comedian Patti Harrison.

Larry Kramer in conversation with his friend and biographer Bill Goldstein
The founder of ACT UP, playwright of A Normal Heart, and subject of the documentary Larry Kramer in Love and Anger talks us through his experiences from the Stonewall riots to today, and how he’s witnessed the LGBTQ+ movement evolve from protest to pride.

Asia Kate Dillon
Best known for their roles on Billions and Orange Is The New Black, and soon to be seen in John Wick 3: Parabellum, Asia Kate Dillon is a non-binary actor and activist who advocates for expanding the definition of gender identity beyond just man and woman.

Kathy Tu and Tobin Low are the co-hosts of “Nancy,” the critically acclaimed storytelling podcast from WNYC Studios exploring how we define ourselves, the journey it takes to get there, and the queer experience today. Praised as “warm and inspiring” by The Guardian, Tu and Low were recently named to the OUT 100 and to Logo TV’s Logo30 for being among the most “extraordinary people who show pride in unique and provocative ways.”

Activism Through The Ages

An inter-generational panel of thought-leaders and changemakers discuss the different forms their activism takes, and share some of the biggest highlights and challenges they’ve encountered on the front line in the fight for LGBTQ+ equality.
Moderator: Twiggy Pucci Garcon
Panelists: Jason Walker, Fabrice Houdart, Staceyann Chin, Stacy Lentz

Being A Multi Hyphenate
This panel will bring together queer creatives who have interpreted their artistic visions across various mediums, from art and fashion, to theater and film. As multi hyphenate cultural producers, the influence of these individuals runs deep within the community. In this conversation, we will hear from authors, filmmakers, performers and Broadway producers who have found themselves experimenting with many artforms in order to express themselves and tell their story.
Moderator: Tre’vell Anderson
Panelists:  Alok Vaid Menon, Jordan Roth, Leilah Weinraub, Jacob Tobia

From Persecution to Asylum: LGBTQ Refugees Tell Their Stories
In more than 70 countries around the world, it is still considered a crime to be LGBTQ+. For nearly 25 years, Immigration Equality has provided free legal services to LGBTQ+ and HIV-positive immigrants fleeing persecution and has won asylum for more than 1,000 people. Hear first-hand testimonies from queer and trans asylum recipients about their experiences rebuilding their lives in the United States in partnership with Immigration Equality.
Moderator: Aaron C. Morris
Panelists: Denise Chambers, David Paul Kay, Ilo Rincón 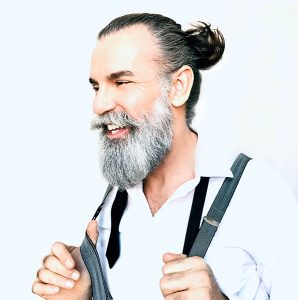 Media portrayals of our community have changed significantly in the past decade, not only becoming more frequent but also increasingly complex, representing intersectional identities across race, religion and genders. Inevitably, this LGBTQ representation has impacted societal attitudes. This conversation will look at how being out in the public eye has affected our panelists’ identities, their day to day lives and careers and also shaped the cultural conversation of this country. We will talk about the milestones our panelists have been part of, both scripted and unscripted – from onscreen coming out declarations to triumphant same-sex embraces, and how the professionals around them have supported or discouraged their living openly and honestly.
Moderator: Brad Calcaterra
Panelists: Joanna Lohman, Raul Castillo, Roberta Colindrez, Wade A. Davis

Narrative Ownership: Who Gets To Tell Whose Story?
Telling the story of a community that you don’t represent is a dicey prospect; filmmakers risk alienating the very audience the film is aimed at. Ego-free collaboration is crucial. This productive panel will include discussions of cross-community collaborations where trans, non-binary and intersex artists have joined forces with cisgender creatives to forge successful storytelling partnerships. The conversation will look at allyship and how filmmakers can use their privilege for good, putting historically marginalized characters front and center to tell unsung stories with respect and authenticity. Three teams will be showcased.
Moderator: Tiq Milan
Panelists:  Angelica Ross & Steven Canals, Ser Anzoategui & Tanya Saracho, River Gallo & Sadé Clacken Joseph

Out in Office
A cross section of individuals from congress and state legislation discuss their personal path to leadership, the state of equality today, and the importance of LGBTQ+ inclusion in the lawmaking process.
Moderator: Allison VanKuiken
Panelists: House Representative Malcolm Kenyatta (PA), House Representative David Cicilline (RI), Sarah McBride

Queering the Industry
Hollywood gatekeepers determine whose stories get told, so it’s imperative that LGBTQ people are on staff at networks and studios if we are to see projects that authentically represent our lives. But there are also many other facets to the entertainment industry ecosystem, and queers have found subversive and innovative ways to support the creative lifeblood of our community. This panel brings together LGBTQ professionals who are doing their part to change the landscape of queer film and TV by championing the visions of queer creatives and engaging key audiences through their day-to-day work.
Moderator: Lesli Klainberg
Panelists: Jeffrey Winter, Nicole Martinez, Fran Tirado, Travis Chamberlain, Ellene Miles 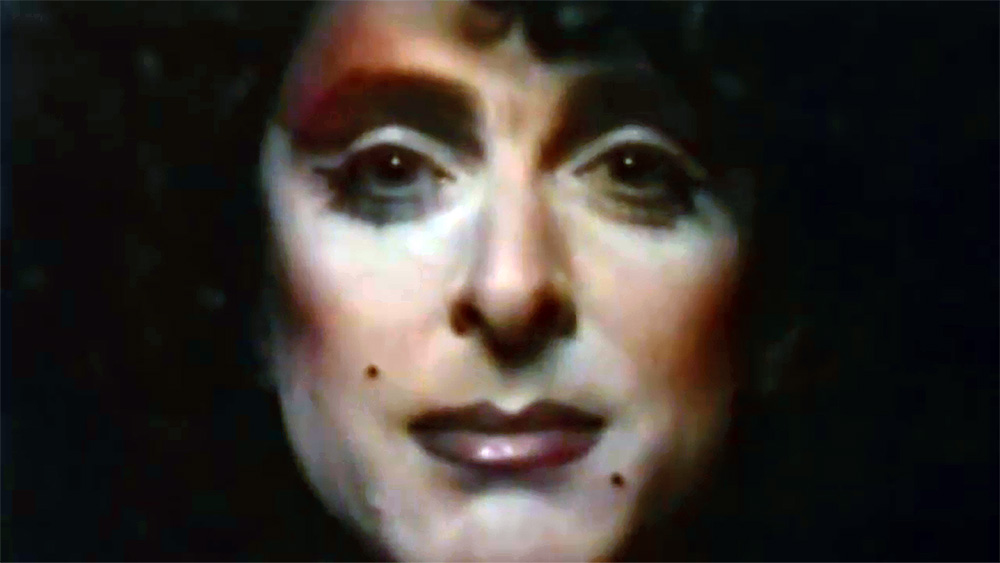 Wig, directed by Chris Moukarbel. Produced by Jack Turner, Bruce Cohen, David Burtka, Neil Patrick Harris, Jason Weinberg, Jay Peterson, Michael Mayer, Todd Lubin. (USA) – World Premiere, Feature Documentary. Wigstock was an annual drag festival, which glamorously signaled the end of summer for the gay community in NYC for almost twenty years. Late one night in 1984, Lady Bunny and a few friends drunkenly wandered from the Pyramid Club in the East Village to Tompkins Square Park and staged an impromptu drag show in the bandshell. This would soon become an annual drag bacchanal, that lasted up until 2001. And now, Lady Bunny has brought it back. This past summer, the festival returned, bringing together legendary queens with some of the new children of drag, into one of the largest drag performances ever staged.

WIG explores the origins and the influence of the historic festival through rich archival footage, as well as provides a look into the contemporary drag movement that the festival served as a foundation for. It’s a celebration of New York drag culture, and those personalities and performances that contribute to the ways we understand queerness, art, and identity today. With Lady Bunny, Charlene Incarnate, Flotilla DeBarge, Kevin Aviance, Neil Patrick Harris, Willam, Linda Simpson, Naomi Smalls, Tabboo! HBO Documentary Films

Passes and Tickets for the 2019 Tribeca Film Festival

Tickets are on sale now for Tribeca Celebrates Pride and Wig at tribecafilm.com/tribecapride

Also available for purchase now is The Hudson Pass, an all-access pass to screenings and talks taking place at BMCC TPAC, Regal Battery Park Stadium, Village East Cinema, and SVA theaters as well as full access to all events at the Festival Hub at Spring Studios, which includes VR and Immersive projects, Movies Plus screenings and access to Festival lounges.

About the Tribeca Film Festival:
The Tribeca Film Festival, presented by AT&T, brings visionaries and diverse audiences together to celebrate storytelling in all its forms, including film, TV, VR, gaming, music, and online work. With strong roots in independent film, Tribeca is a platform for creative expression and immersive entertainment. The Festival champions emerging and established voices; discovers award-winning filmmakers and creators; curates innovative experiences; and introduces new technology and ideas through premieres, exhibitions, talks, and live performances.

The Festival was founded by Robert De Niro, Jane Rosenthal, and Craig Hatkoff in 2001 to spur the economic and cultural revitalization of lower Manhattan following the attacks on the World Trade Center. Now in its 18th year, the Festival has evolved into a destination for creativity that reimagines the cinematic experience and explores how art can unite communities. The 18th annual edition will take place April 24 – May 5, 2019.  www.tribecafilm.com/festival

As Presenting Sponsor of the Tribeca Film Festival, AT&T is committed to supporting the Festival and the art of filmmaking through access and innovation, while expanding opportunities to diverse creators around the globe. AT&T helps millions connect to their passions – no matter where they are. This year, AT&T and Tribeca will once again collaborate to give the world access to stories from underrepresented filmmakers that deserve to be seen. “AT&T Presents Untold Stories” is an inclusive film program in collaboration with Tribeca – a multi-year, multi-tier alliance between AT&T and Tribeca along with the year-round nonprofit Tribeca Film Institute.